It’s always easy to work with concept phone news: everybody knows it’s a concept, but still we all have hopes that this could be (or not) the final design of our dream smartphone. In this case we have a new Samsung Galaxy Note8 concept from DBS Designing, who have produced really impressive work during the past couple of months. 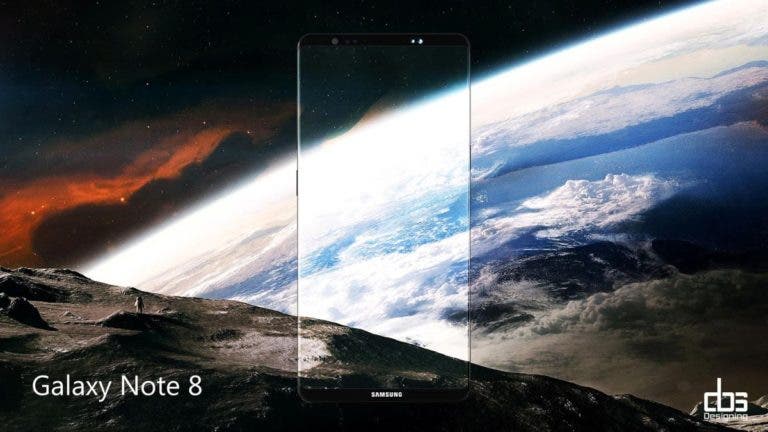 Today they released their own view of the upcoming Note 8 phablet along with impressive images and a relevant concept video. According to DBS Design, the device should come with a curved QHD+ display, edge to edge panel, extremely small top/bottom bezels and a fingerprint scanner positioned on the back, below the dual camera! 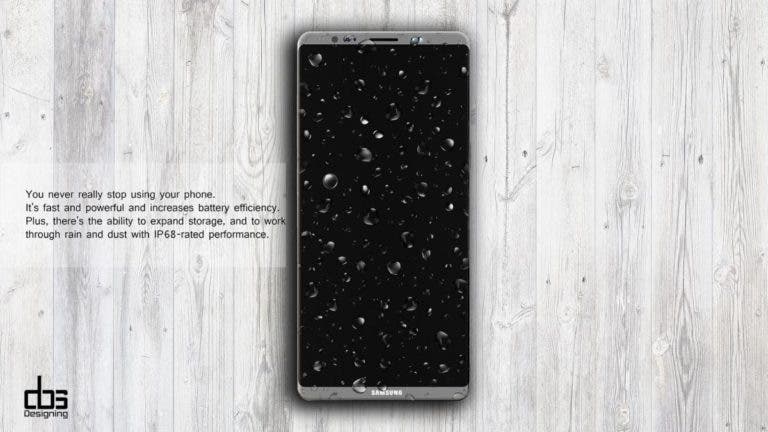 The upcoming Galaxy Note8 should come with IP68 certification, a 6.4 inch display, 6GB of RAM, 128GB of storage and a new improved version of the S-Pen. It is expected to support an iris scanner, fast charging battery (a safe one preferably that doesn’t explode) and run on Android 7.1.1 Nougat. 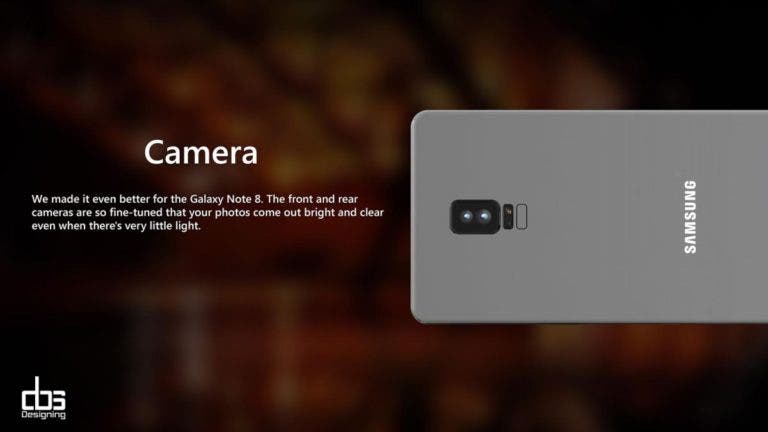 This is a concept phone, don’t forget but it surely looks awesome to me.