A new crowd funded project has been started by a Chinese company who want to release the world’s smallest LTE smartphone.

The makers of the Jelly have taken everything we know about Android smartphone design and slimmed it all down to fit in a palm-sized device that has a display of just 2.4inches!

The Kickstarter project was started by a group called Unihertz in Shanghai and has already raised $80,000 with tech fans eager to see the Jelly, $59, and Jelly Pro, $75, become a reality. 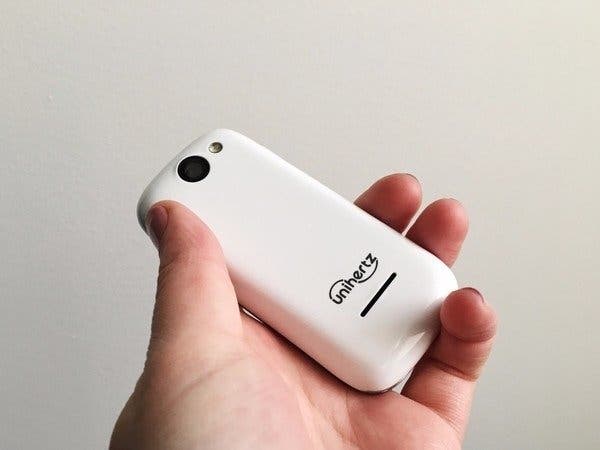 Both versions of the Jelly smartphone come with the same 1.1Ghz quad-core chipset, 960mAh battery and 2.45-inch 240 x 432 display. The differences are in the amount of memory with the standard Jelly having 1GB RAM and 8GB internal memory and the Pro receiving 2GB RAM and 16GB internal memory. 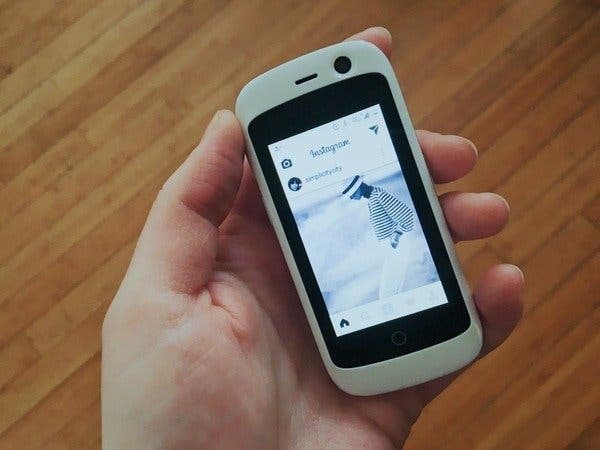 Jelly has also given the phone a 2 mega-pixel front camera, 8 mega-pixel rear, and there is even space left over for dual Nano sim cards! 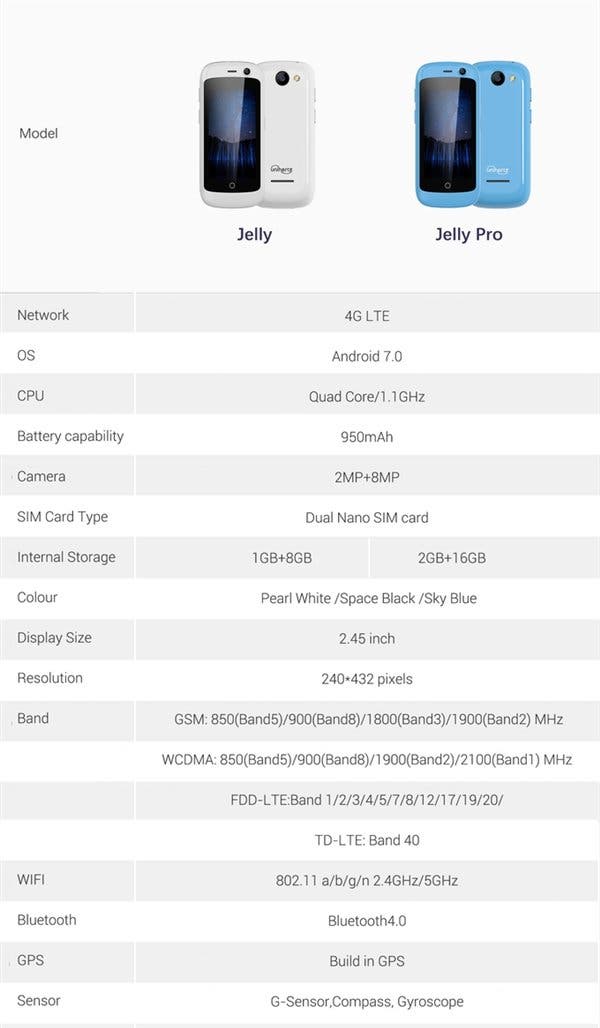 Now if you have been following the Chinese tech industry for some time you may have already seen the Jelly phone, and you may also remember that originally the Jelly was an Elephone handset named the Elephone Q. Elephone showed us the Q back in August of 2015 with similar specifications only it could support 3G networks only and had and Android 4.4 Kitkat OS. In additional to the Jelly have LTE the updated model also has Android 7.0 out of the box.

Does a super small phone like this interest you, or is 5.5-inch the size your feel most comfortable with these days?