Vernee are really trying to drum up some bussiness with their upcoming new Vernee Thor E model and the latest promise they are making in connection to this phone is regarding the battery life. According to their latest statement it should be capable of 72 hours of normal usage and 30 days of standby mode. Bold statement.

During the MWC 2017 they have already shown the prototype of the device so some specifications are already known, like the 5-inch display, big 5020 mAh battery, thin 8.2mm body, MT6737 processor, 2 GB RAM, 16 GB of internal storage and support for 9V2A quick charge. 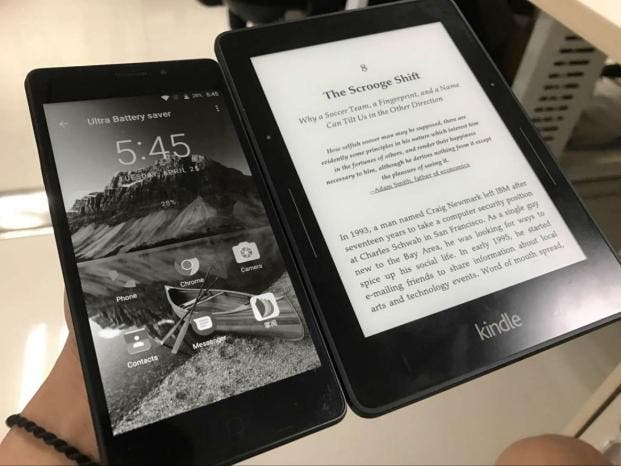 For some weird reason they are still trying to push and promote the idea of the phone being equipped with an E-ink display, which is bordering on impossible judging by the already released video and in fact the title picture is showing the normal color LCD display too. So it will be most probably some sort of “E-ink” battery saving black&white mode or something, but still not really getting why they would try to promote it this way. We shall see soon.