The Alcatel Idol 5, dubbed as Alcatel 6060, appeared on GFXBench about a month ago. And now, here it is again, with some changes that hint towards multiple variants with Qualcomm and MediaTek chipsets. 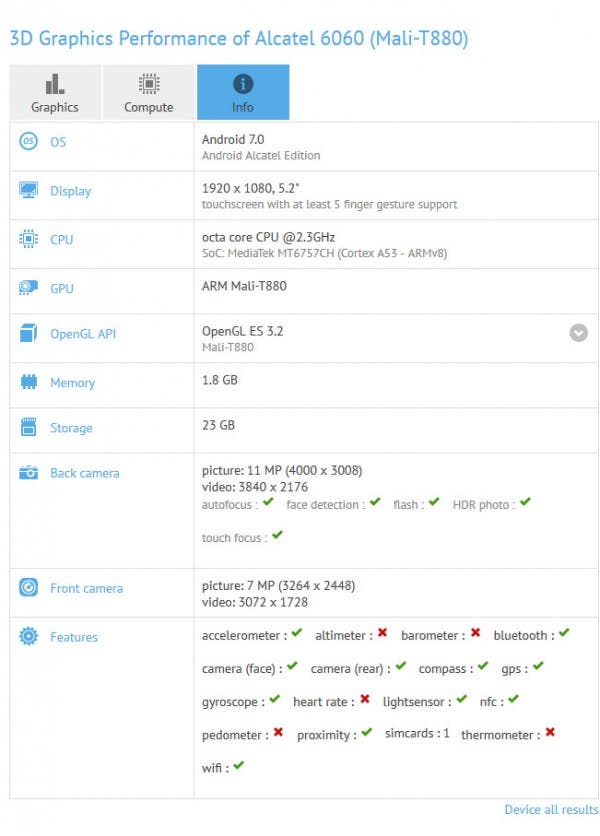 The latest leak show a few changes in the configuration of the Alcatel Idol 5. From what the spec sheet says, the smartphone will feature an octa core MediaTek MT6757CH(Helio P20) chipset clocked at 2.4GHz coupled with the Mali-T880 for graphics processing. The phone features a 5.2 inch 1080p display and has 2GB of RAM with 32GB of internal storage. It runs Android Nougat 7.1 with support for NFC.

The Major differences observed between the two spec sheets is the inclusion of the Snapdragon 624 which is coupled with 3GB of RAM and 7.0 version of Android Nougat. There is no support for NFC in this spec sheet. 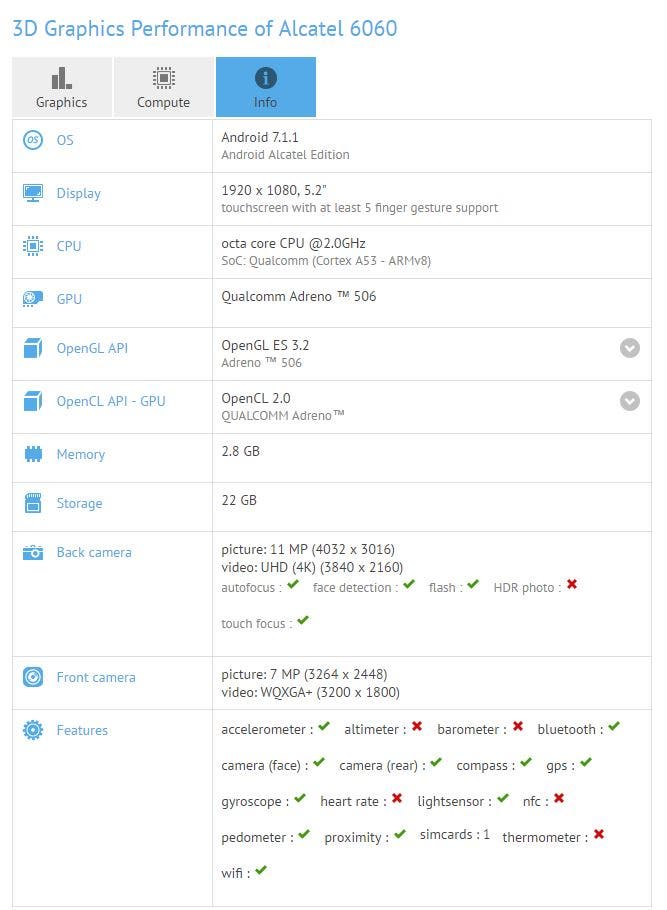 Irrespective of the differences, the phone will have the same usual suite of connectivity options. In the camera department, the phone will feature a 12MP rear camera with 4K shooting capability and an 8MP front shooter for selfies.

It is speculated that these two are variants of the Idol 5 for different markets. The Snapdragon version for the U.S markets and the MediaTek version for the Asian markets.

There is no word as to when we will see the phone in the market, so stay tuned!

Next Buyers beware, there are fake Nokia 3310 in China, here's how to spot them