Well I guess it was just a matter of time when this kind of news post would appear, don’t you agree? With just a few months after its official unveiling and several weeks after its launch in China (and Europe) priced at 49€, the first Nokia 3310 clones made their appearance and… here’s how to spot them. 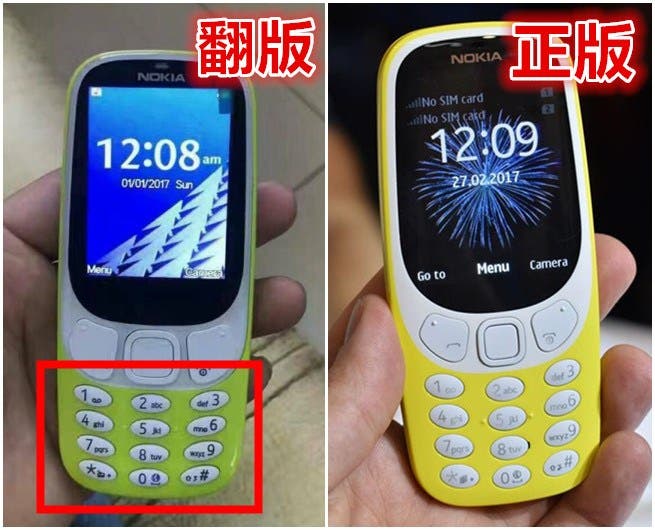 The clone (spotted on the left) has the same basic design elements with the original phone, but still there are several differences that you could save you the trouble. The first difference can be seen in the home screen area, where the Menu button is placed on the left side of the clone’s display, and there’s no “Go To” menu. Note also that the screen quality is also low and the fonts are quite different.

The second difference can be seen if you take a look at the keypads. The clone has black colored characters on each button, while the original Nokia 3310 has silver coated characters. The body of the clone is also poorly made, with dull colors, when compared to the original.

We all know it’s just a budget phone that doesn’t cost much, but it would still be a shame to spend your money on a poorly made clone, wouldn’t it?

Next First Look at the Tri-Bezel-Less DOOGEE MIX Packaging