Well this could turn out to be… awkward for Nubia I guess. It seems that the Chinese company plans to unveil a new mystery device that has dual camera setup on its back along with a strip LED flash – similar (or identical) to the one first used by Meizu E2. 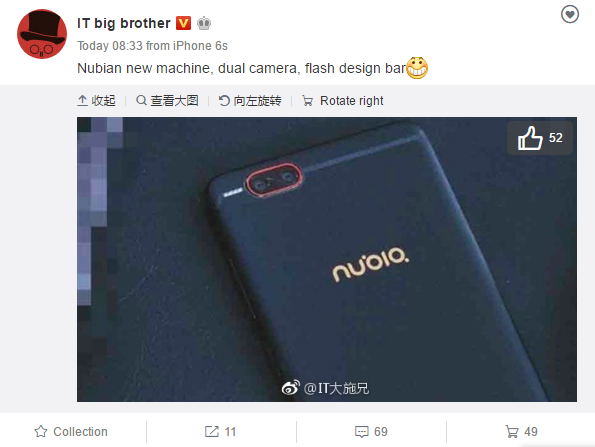 Obviously the images appeared today on Weibo and they haven’t been confirmed yet, but still this “mystery” device looks very much like the Z17 Mini model that was recently launched – minus the flash design. As you can see in the image above, the device has an impressive strip LED flash located on top of the antenna line (on the left side of the dual cameras), but wait: the Meizu E2 (below) has the same type of LED flash located on the right side of its main camera. 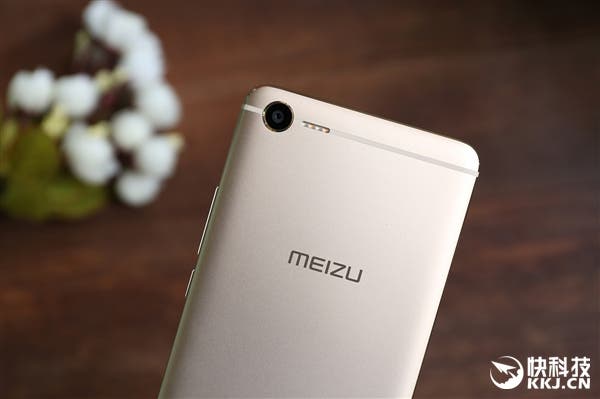 The two companies had court battles recently over the small circle they used on the Home Buttons of their smartphones for years, and Nubia won, obligating Meizu to change and use their own mBack button. This time it seems that things are on the opposite side, since Meizu E2 was unveiled first sporting this specific LED flash design, something that might create problems for Nubia.

Let’s see if Nubia plans to use this specific design for an official smartphone in the near future and then wait for Meizu’s response.