It seems that HMD Global pays attention to software (apart from hardware) and have already a perfect record on their Android updates. The company has already began rolling out the Android 7.1.1 Nougat update for the Nokia 6 in Hong Kong and Taiwan, just a few weeks after its official release in China. 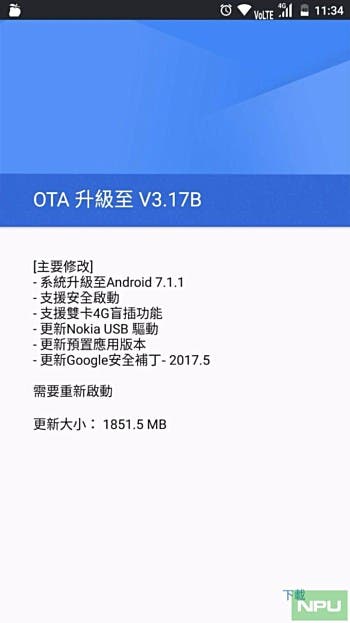 The update is 1.8GB in size and brings several software improvements along with bug fixes for May. More specifically it brings new emojis, support for gif files and some new home screen app shortcuts. Nokia has also managed to solve some issues with USB and 4G/LTE connectivity.