It seems that Xiaomi is preparing for a region wide launch of its Mi TV 2017 flagship models on May 18 – at least according to an official announcement by the Chinese company.

There’s also an official poster to better promote the event and as you can see it contains the number “4”, hinting at the imminent launch of the Mi TV4 flagship model, that was unveiled at CES 2017. 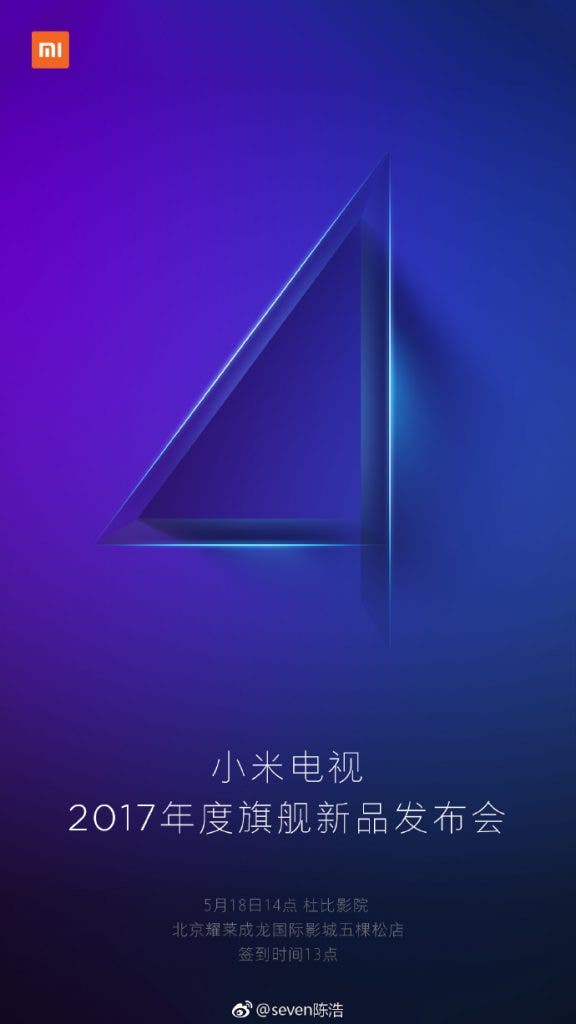 This specific model really stood out from the rest during the CES 2017 event in Las Vegas and for good reason. It comes in 3 variants (with 49 inch, 55 inch and 65 inch displays) but surely the larger of them (the 65 inch model) has the most impressive (modular) design. This means that the motherboard, sound system along with the large display are three separate components that can be easily replaced if you want to upgrade it in the years to come.

All three variants of the Mi TV4 model are extremely thin, with a really narrow frame (4.9mm), metal body and a truly frameless display that surely allows them to “blend in” perfectly with the in-house environment. All of these variants have 4K display resolution and they’re expected to launch next week, on May 18. According to Xiaomi, the 65 inch super model is expected to sell for approximately 13,700 Yuan ($2000) so if you’re interested for this specific TV, you’d better have a hefty wallet.