The Meizu E2 was launched two weeks ago and took the market by storm. With an unconventional flash design and decent specs, the E2 sure did impress us. Currently the E2 starts at ¥1299 ($189) for the 3GB+32GB version. But now, there is a report that says that Meizu might bump up the price of the E2. 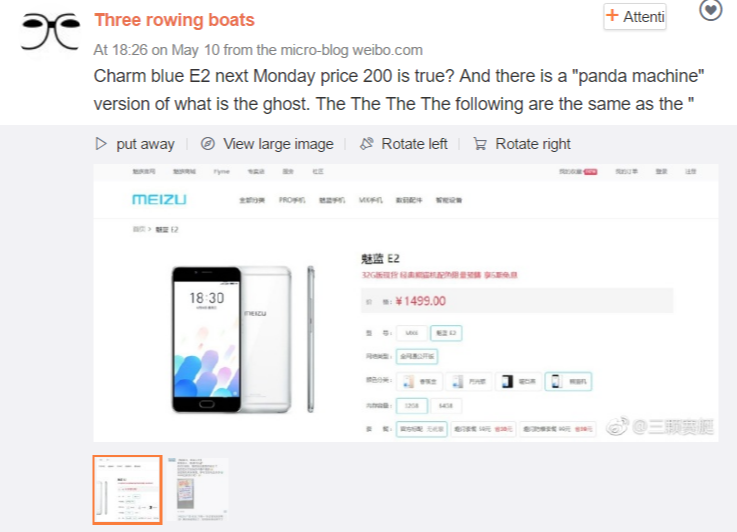 The info posted by a user on their Weibo account shows the change in price by ¥200. Along with this increase in price, there is also a mention of a new colour in the E2 lineup, called the “Panda Machine” which is reported to have a white colored rear and black colored front. The image shows a listing from one of the retailers of the Meizu E2. 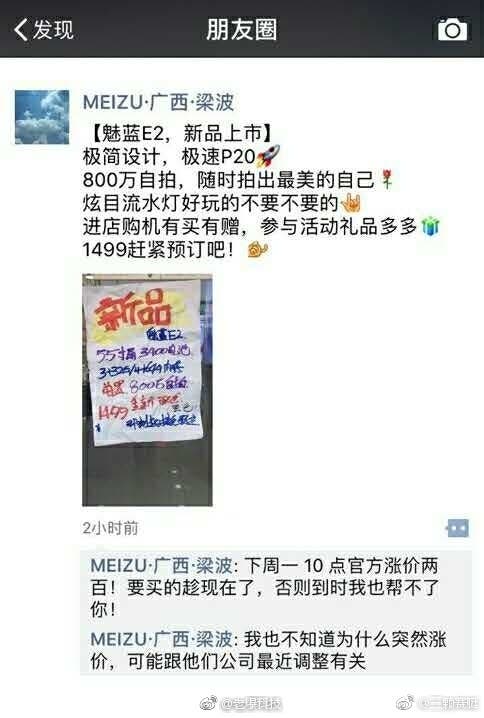 The Helio P20 chipset powers the Meizu E2. It sports a 5.5 inch display with 1080p resolution. Made of metal, the design is pretty similar to earlier Meizu models, except for the horizontally aligned 4-LED flash. The fingerprint sensor lies in the front on the bottom bezel that also functions as a home button. The E2 has a 13MP f/2.0 rear shooter and an 8MP selfie shooter. It is powered by  a 3400mAh battery with support for 18W fast charging.

The E2 is slated for release on Monday. Will you still buy the E2 after the price hike? Let us know in the comments below.