With the potential malware and virus threat looming above our heads more and more these days it’s maybe finally time to make the antivirus app an integral part of your basic Android go-to install package. The options are not yet as extensive as on the PC platform, but one of the key players there also has a dedicated Android app and I’m pretty sure you will recognize the name. And hey, AVG Antivirus is for free.

Of course the mobile antivirus app will offer some specific features tailored for the mobile devices and AVG is carrying arguably the most complete package out there. You can find all about it on the official website. Some of the prominent features include : 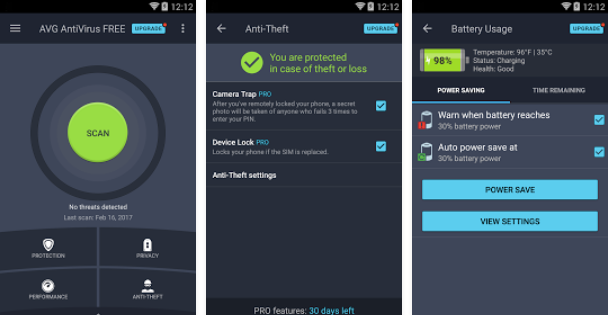 In the past the main worry and an argument against the mobile antivirus apps has been based on the hunger for system resources and slowing down the actual phone. But with the drastic increase of computing power, amount of RAM and of course the proper optimizations the situation is already quite different . So maybe try out the AVG Antivirus app, you won’t spend a dime and being pro-active against the malware danger always feels good.

We are giving away a OnePlus One (not an invitation!) next week!