MGCOOL is a relatively new company, releasing just a single fitness band and a 360 camera, making the Explorer 4K their third or fourth product launch. Nevertheless, the Explorer is capable of 4K video at 15fps, 2K video at 30fps, 1080p at 60fps, and 720p at 120fps. I’ve been practicing some martial arts and soccer skills (European people, please don’t judge me) to showcase for the camera, so be sure to check out the video review at the bottom of the page!

Big thanks to MGCool for providing this review unit. Buy one here. 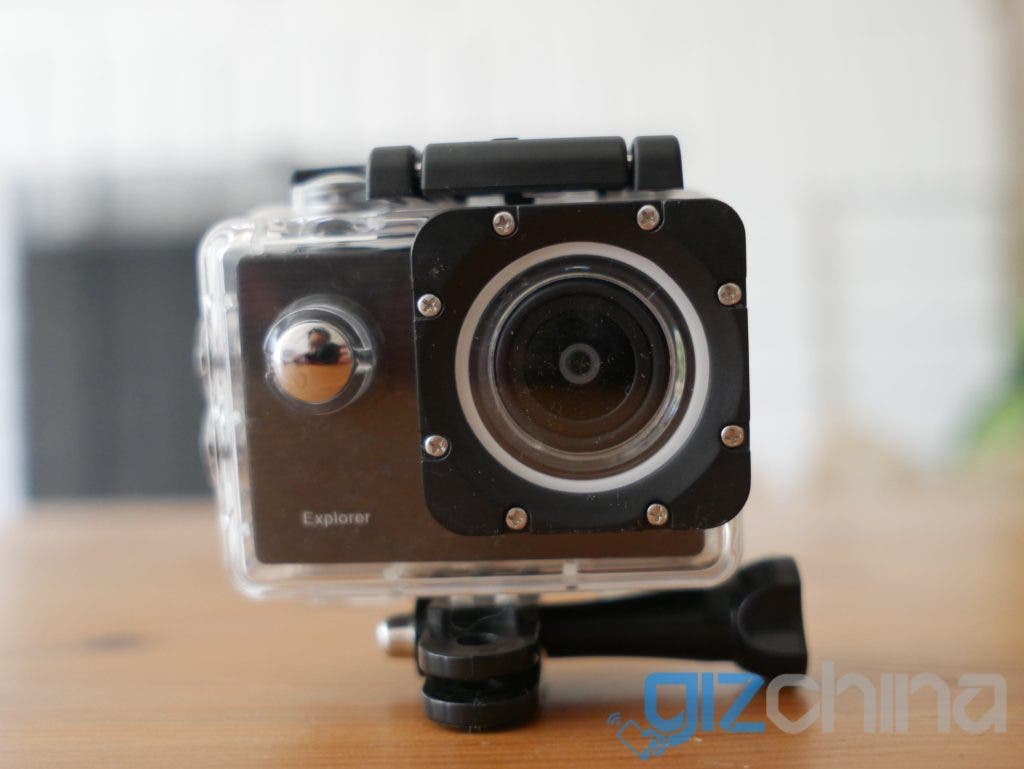 One of the best things about this camera is the amount of accessories it comes with, something that is not a guaranteed with other action cameras. It comes with literally every single accessory you would need, waterproof casing, bike mount, helmet mounts and others that you would need also. 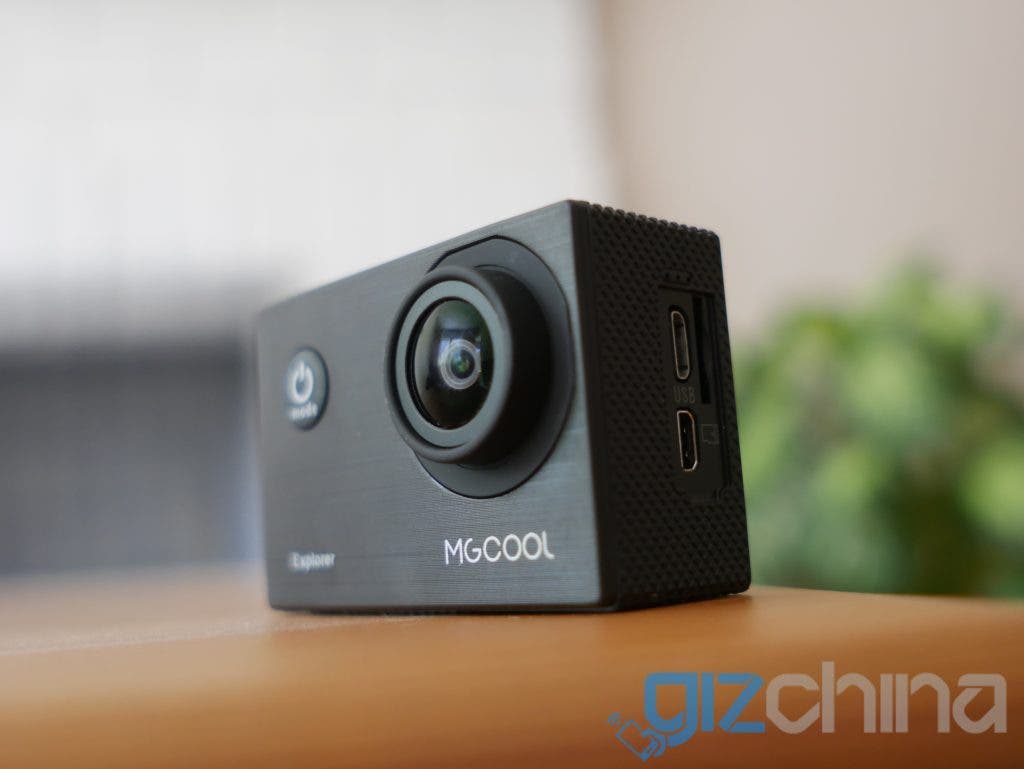 The Explorer is made out of textured plastic, and the side faces of the Explorer feature feature raised rubber surfaces for grippiness. The right side has up/down buttons while the left has the input and output ports. The front face of the Explorer has a “mode” button while the top has an “OK” button. The back features the screen and nothing else. 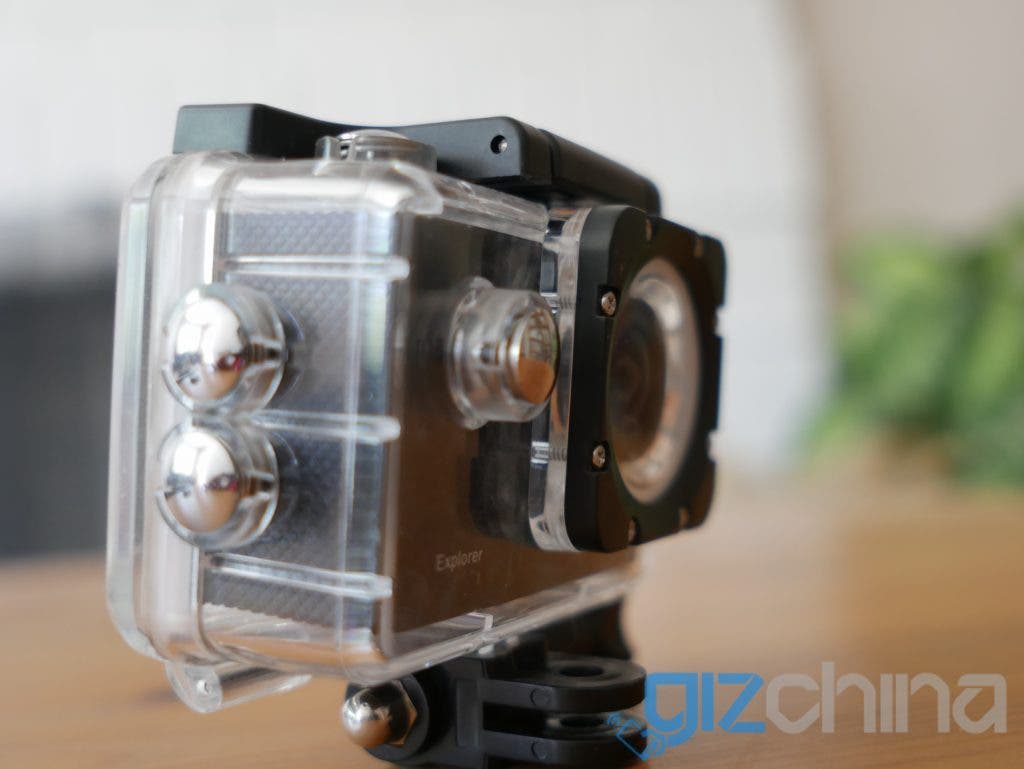 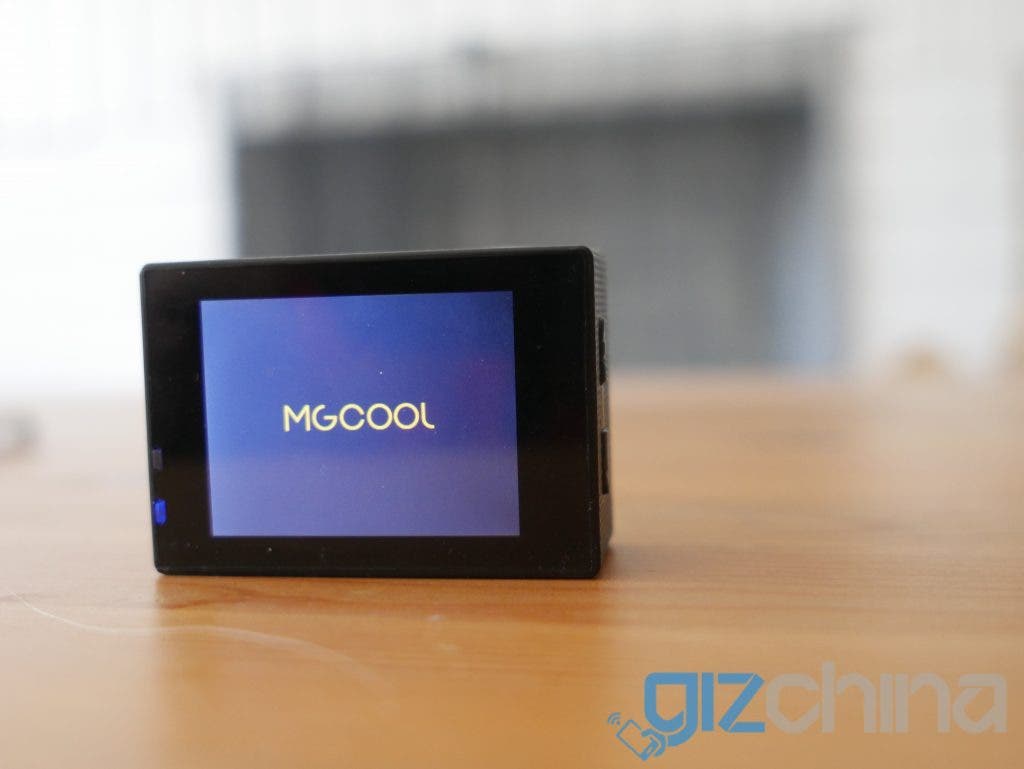 The display on the back looks OK but its almost impossible to see in strong sunlight and even harder to see inside the waterproof case as well. 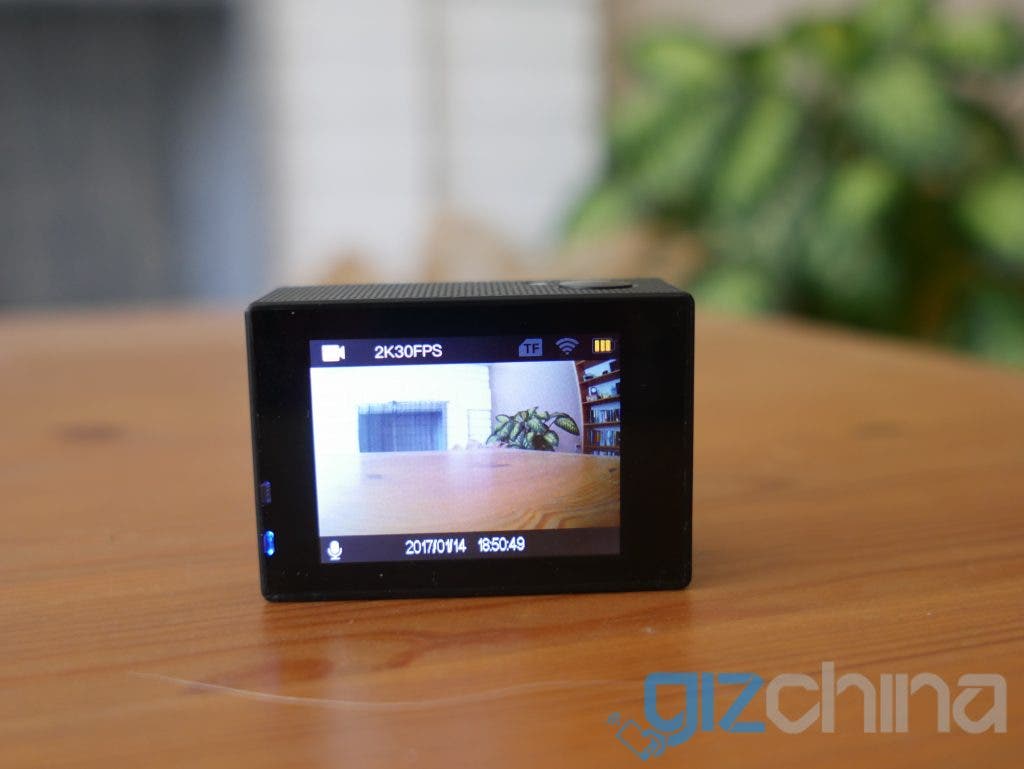 There is an MGCool app that you can install on iOS and Android, but unfortunately I could not get the action camera to connect to the app. I’m not sure what’s going on, I’ll report back if there’s any change. 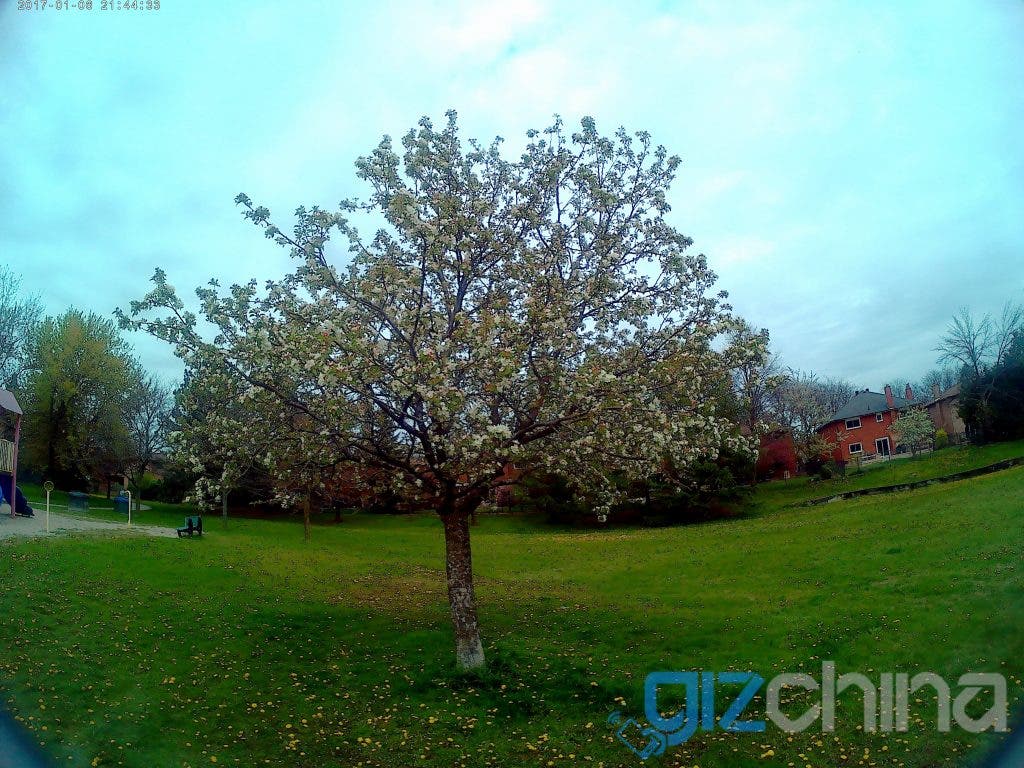 I’ve never used a camera with such a wide field of view before, if I held the camera in my hand it would sometimes detect my finger on the side, that is how wide it is. There is some curvature to the footage as you can see, but that’s to be expected from such a wide angle lens. The camera is capable of capturing 4K at 15fps (which is horribly choppy by the way), 2K at 30fps, and 1080p at 60fps. 4K and 15 fps is mostly a no go so the highest resolution you should go is 2K at 30fps. 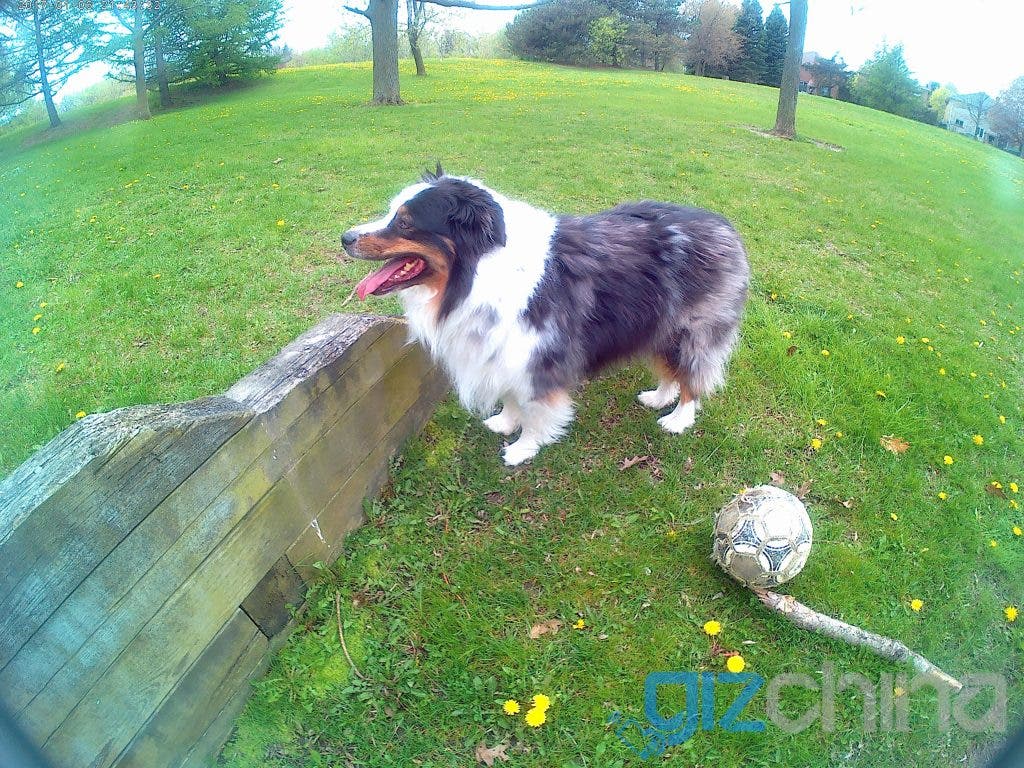 Even at 2K at 30fps, video quality is not great. The video is mostly soft, with some pretty average looking colours. Honestly even at 2K the footage isn’t very detailed either, the bitrate here is pretty low so the footage is small.

The autofocus does a decent job adjusting to lighting changes and focusing on the subject of the shot also. When lighting conditions are not ideal, quality goes down even more, there’s no question this camera is meant to be used in ideal lighting conditions only. Moving down to 1080p at 60fps and the quality doesn’t diminish much, and you are able to slow down the footage 2x if you so desire.

720p footage at 120fps is not detailed at all, but you can slowdown the footage which makes it pretty sick. You can snap 16MP photos as well but the picture quality is a lot worse than even midrange smartphones like the Xiaomi Redmi 4 Prime.

The waterproof case here does keep the Explorer completely dry. I dunked it a couple of times into a bucket of water and the case keeps the action camera completely dry. The case doesn’t cut down on video quality at all and generally works well.

The MGCool Explorer in the end does its job, but it doesn’t do it well. Compare it to GoPros and Yi/SJCams, the footage here just doesn’t do enough. 2K and 1080p footage is soft, doesn’t have a lot of detail and has average colour reproduction. However, you also have to keep in mind that this Action Camera is $50 at most, with sales bringing that down even farther. It comes with a load of accessories as well. I’ll give two recommendations here, the first to people who can afford more than $50 on an action camera, this probably won’t satisfy you. However, there are many people who either don’t want to or cannot afford a $150 action camera, and if you want something that captures your memories (albeit not in the best detail), then this does the job.

Next Scared of malware ? AVG Antivirus can help with that for free