The Band 3, like many other fitness trackers, features a display for showing you calorie count, real-time heart rate, steps, and last but not the least, time. It would be a real bummer if time weren’t a part of the “watch”. The display is non-touch with a plastic casing on top which is susceptible to scratching and also reveals quite a lot of what is present underneath the casing when exposed to sunlight. The watch does not have any buttons but comes with a touch-sensitive surface located right below the rectangular display. On the back of the watch, lies the heart rate sensor along with the charging pins. The band is made of silicon with stainless steel buckles. Plus points to MGCool for using good quality silicon and buckles that do not wear easily. There are two band colors to chose from, Black and Red. The dial is fixed tight to the strap, so there is no way of changing the strap. The dial is about 4 cm long, but approximately only 1.7 x 1.5 cm is occupied by the display, which seems like a wastage of space.

The watch fits snugly on my wrist, with there being instances when I actually forgot that I am wearing it, which is exactly what I was expecting from a tracker. The IP68 rating is a bonus! As far as the build quality is concerned, I have worn the watch day in and out and it got through with flying colours. More points to MGCool. Overall, the design of the Band 3 is good, although I would have loved to see more utilisation of the space on the dial.

The dial features multiple screens, first of which is the face, that displays the time and heart rate with the connection status. Long press the touch surface and it’ll take you to a menu which on tapping shows you three different watch faces to choose from, one being a cramped analog display. Tapping through the different options gets you to the heart rate, step count, distance walked, calories burnt, sleep tracker, stopwatch, find the phone, and finally the power off option.

The heart rate sensor works flawlessly and provides real-time heart rate. The pedometer is adept at tracking steps and the distance covered, thus fulfilling the basic requirements of a fitness tracker. Once paired with the companion app, it vibrates and shows incoming calls and messages although there’s hardly anything that fits on that tiny screen.There is also a ‘raise the hand to view screen’ option that can be configured via the watch companion app.

But the Band 3 lost some points amassed in the design and build quality section, in performance, primarily due to the badly designed companion app. The WearFit 2.0 is the watch companion app for the Band 3, and it is not the best out there. There are a few useless options like “Photograph”, which I assumed turned the watch into a Bluetooth remote for my camera, but it just opens up the camera module on the phone. It did manage to track my sleep cycle albeit with a few errors here and there. The battery life is not that great. I could squeeze out a maximum of two weeks with the ‘Raise hand to view’ option, which is less as compared to a few trackers out there. 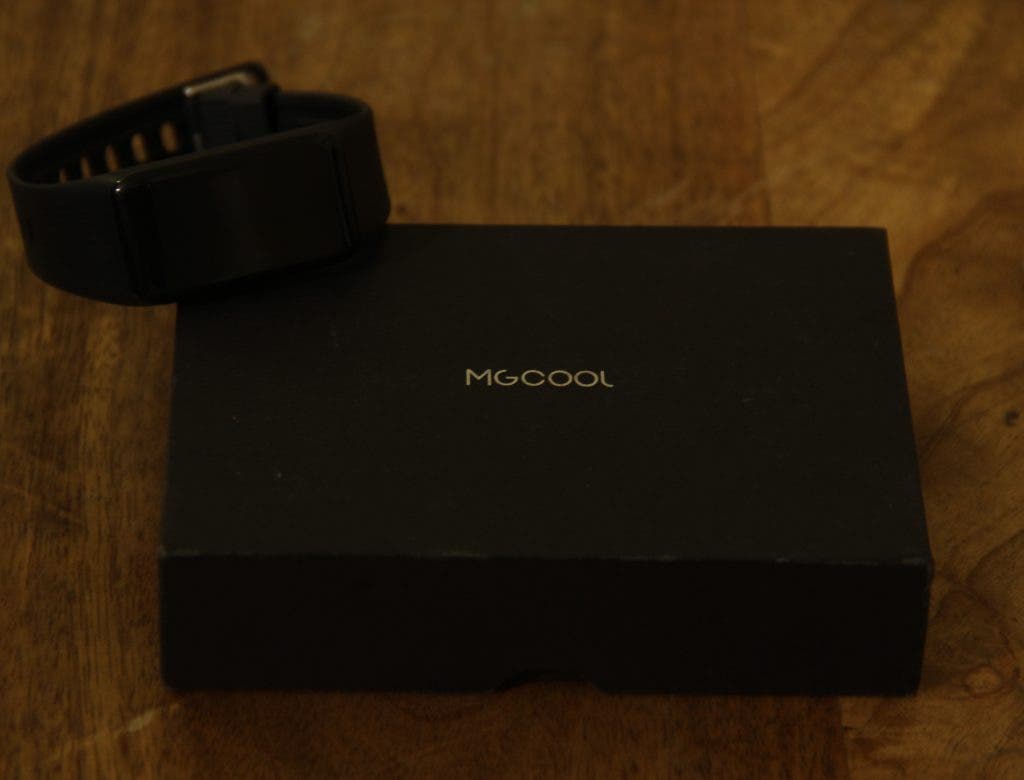 The Band 3 is a good fitness tracker, standalone with certain issues that might not bother someone who is using this watch for casual workouts or walks. But if you are looking for a watch that gets things done as and when you want it, I would suggest you skip the Band 3. All in all, I have mixed feelings about the Band 3, mainly because even though it does not do its job perfectly, it is offered at an unbeatable price of $19! At this price point, the MGCool Band 3 gives tough competition to the Mi Band 2, one of the most trusted and economic trackers in the market. So if you do not mind a watch that gets the basics right, the Band 3 is the watch for you!

Previous AllCall MIX 2 will have the wireless charging technology

Next Synaptics is mass producing in-display fingerprints sensors for 2018