New phone model gets officially released today by the Gretel company and even though it’s once again following in the footsteps of their history of budget models, this one is surely the most interesting one up to date. So say hi to the new Gretel GT6000 and let’s take a look at what it’s  bringing to the market.

Gretel GT6000 is a first venture of the company into the popular world of the dual-camera design phones, but it’s only one of the big selling points. Another equally important one is a massive 6000 mAh non-removable battery paired with a 9V/2A quick charger for some serious endurance and long usage. With the huge battery comes in hand slightly thicker body with 10.6mm and higher weight with 233g, but well within limits and acceptable for such a battery capacity, at least it feels you are holding a solid phone and not a cheap toy. 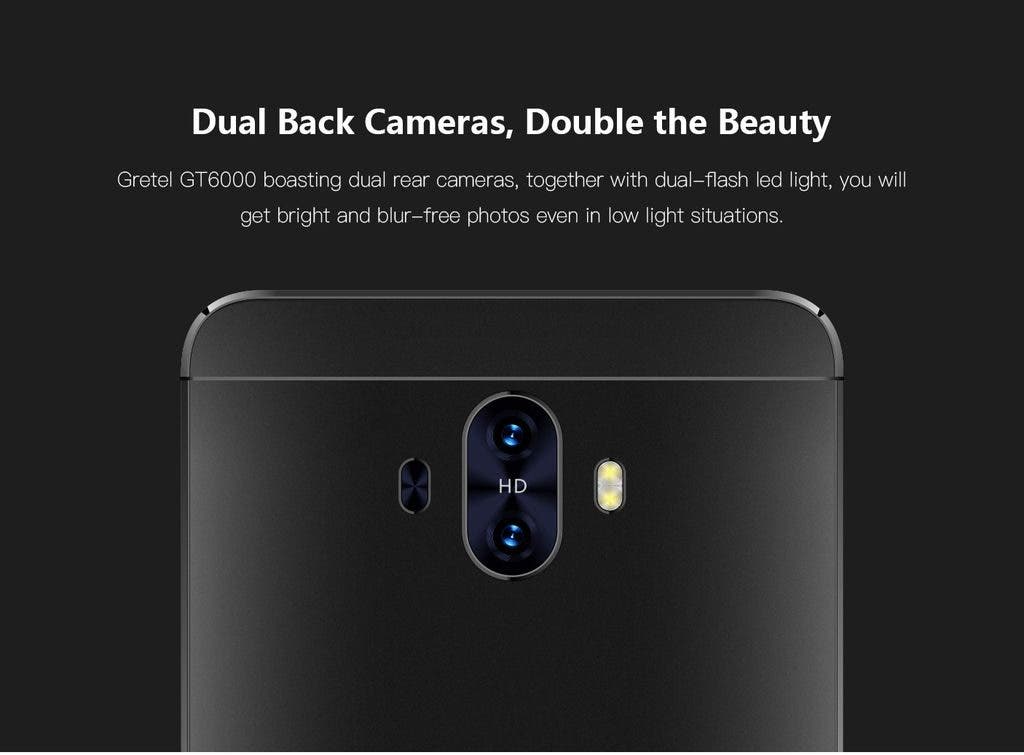 The phone is equipped with 5,5-inch Sharp LCD display with HD resolution, 2.5D curve and tough protective Asahi Glass. It’s powered by quad-core MT6737 processor clocked at 1.3 GHz supported by 2 GB RAM and 16 GB of expandable storage. Dual rear cameras have 13MP+1,3MP Panasonic sensor with f/2.2 and dual LED flash, front selfie one is then 5MP one with a single flash. Gretel GT6000 is a dual SIM phone and can offer pretty wide LTE coverage with bands 1/3/7/8/20 or front fingeprint TouchID. It’s running on the latest Android 7.0 Nougat too. More details can be found on Gretel official website.

Gretel GT6000 looks pretty fine in the design department too with a premium metal body and three color options to choose from with blue, black and gold variants. Presales are going to start already today (May 22nd) and the retail price is set at $109.99, first available on AliExpress, Gearbest, TOMTOP and other online stores, soon on Amazon and eBay too.

Previous Scared of malware ? AVG Antivirus can help with that for free