If you cast your mind back to last year then you might remember that there were a few rumours flying around about Meizu and Nokia. At the time Nokia hadn’t started to make new Android phones and the prospect of the two joining together was pretty exciting.

Like many rumours though nothing came of the claims, but perhaps things were just postponed to this year instead?

What we have here is a simple teaser image that hints at a partnership of some sort between to brands. The teaser was picked up be Weibo user KJuma who sometimes does manage to get hold of Meizu news before it is officially released.

As the image hasn’t been released by an official source yet we don’t know if the image is real let alone if Nokia and Meizu are even working together on a new project. 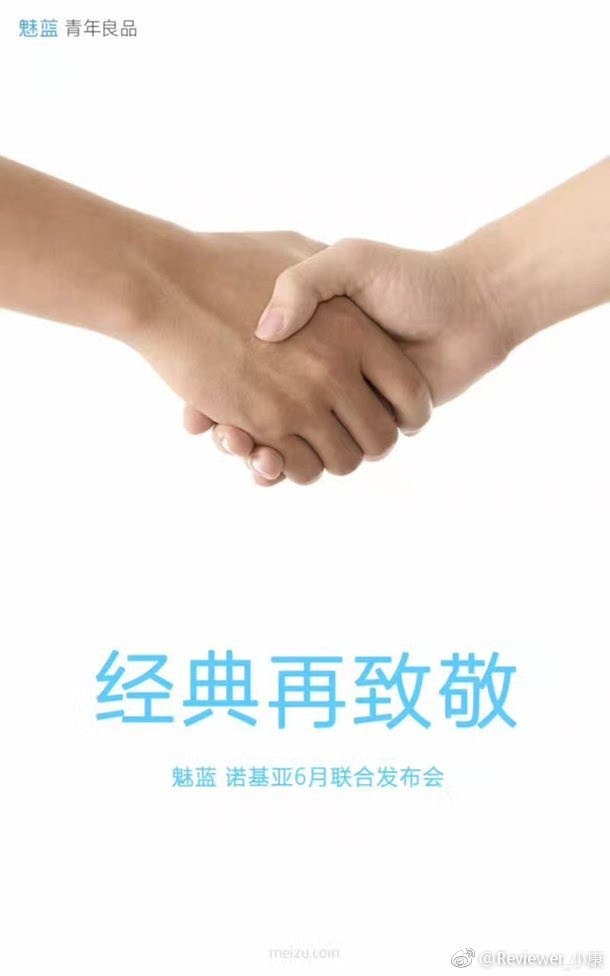 As far as we can tell, Meizu and Nokia have no current collaborations which might help to stregthen the rumours. In fact the only time we remember Nokia and Meizu together was back when Meizu launched the M2 and gave out Nokia 6300 smartphones to the press as part of their launch invitations.

If Meizu and Nokia did join together though we wonder which company would handle what? Would Nokia work on the design and hardware of the phone while Meizu supply Flyme OS? Or would Nokia pass their engineering skills over a new Meizu device to add a little polish to the range?

Let us know your thoughts and ideas in the comments below.

Previous OnePlus 5 will be equipped with Snapdragon 835 SoC: it's official

Next Flyme 6 Global Roll Out In July