Nokia 9 is one of the most anticipated phones during the past few weeks and for good reason if I may say so. It’s Nokia’s upcoming flagship model and has to compete with some fierce looking smartphones, while having to establish its presence in the market. 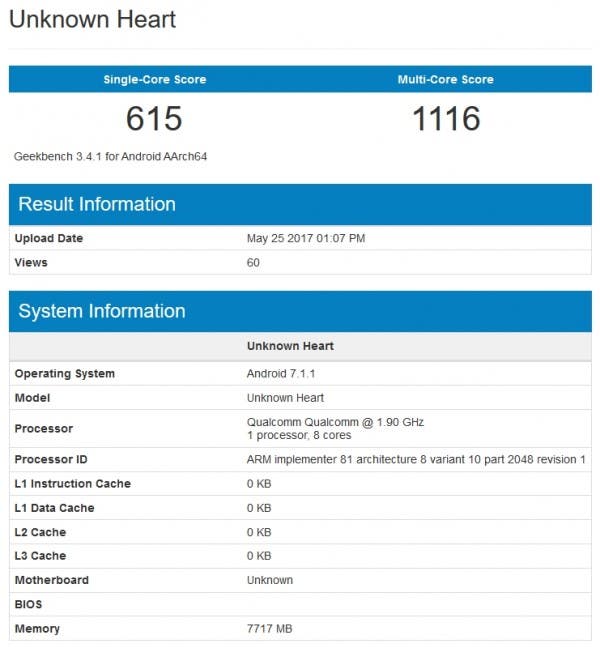 The upcoming model appeared earlier in Geekbench and managed to impress us all with its 8GB of RAM! We’re not going to debate now on how much RAM is necessary for a flagship these days but still, it’s a huge amount of RAM for a mobile phone, don’t you think? Anyway, the listing says that an Unknown Heart model went through with the tests and this confirms that it’s the Nokia 9 (after all “Heart” is its code name).

The Geekbench listing also states that a “ARM implementer 81 architecture 8 variant 10 part 2048 revision 1”, processor was on-board and this also verifies that we’re talking about the Snapdragon 835 chip.

If we are to believe the latest rumors on the Nokia 9 flagship, then the device should pack a 5.3-inch QHD display, 64GB of storage, a dual 13MP main camera setup and apparently, 4GB or 8GB of RAM.

Next Oppo R11 video commercials appear, get ready for June 10