With only a few days to go before the Nubia Z17 is officially announced, the PR team for the brand has gone and given away one of the phones big secrets.

As we all know, the Nubia Z17 will be another top of the tree flagship smartphone with high end features and huge amounts of RAM, but we were all sure it would be another 6GB RAM phone until these new leaks. 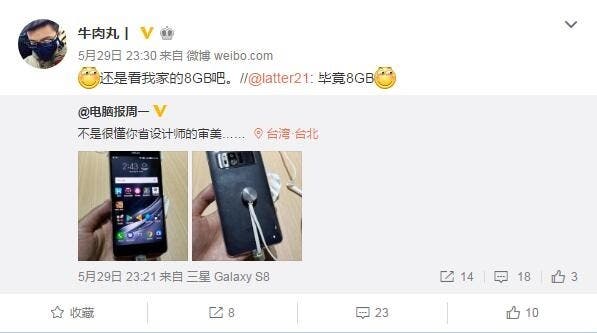 According to these new details, the Z17 will be quite the memory monster with a whopping 8GB RAM on tap. This would keep specifications on par with other upcoming phones and may even rival the soon to be launched OnePlus 5 smartphone.

Another surprising detail for the Nubia Z17 is the fact that this flagship smartphone could come with an IP6X rating. This would make it the first flagship level phone from a Chinese brand that offers similar water resistant features offered on Apple and Samsung phones.

Nubia is keen to keep the Z17 range as accessible as possible so while the flagship version of the Z17 will get 8GB RAM, more affordable versions of the smartphone are expected to go on sale with 4GB and 6GB RAM.

Other features we believe the Nubia Z17 will offer are an edge-less 5.5-inch display, 1920 x 1080 resolution, force touch technology and Corning Gorilla Glass. Qualcomm will supply the powerful Snapdragon 835 for the phone and fast charging.