And now that the OnePlus 5 unveiling is official – scheduled to take place on June 20- we can enjoy the promo videos of the upcoming flagship killer as the time passes by!

The first of them appeared earlier in the official Youtube channel of OnePlus India and basically confirms that the device will surely be impressive. We get to see the slim profile of the upcoming model for just a few seconds, but the rest of the promo video talks about the massive acceptance of the previous model (OnePlus 3T) in India and how this success urges OnePlus officials to create something even better – with the unveiling of the OnePlus 5 model obviously, scheduled for June 20. 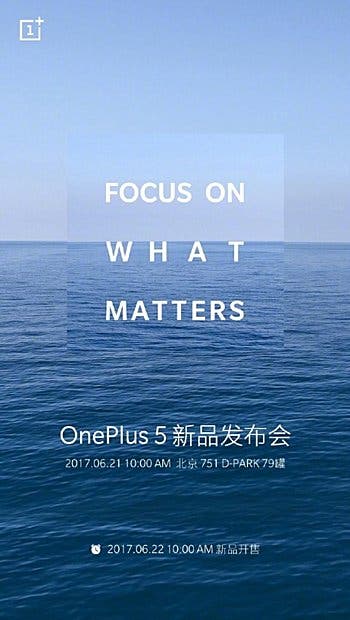 One day after, June 21, OnePlus will show it’s 5th gen flagship in China. This information came from a poster that reports say was shared by the company on its official Weibo account.

Next Asus Zenfone AR to be launched on June 14