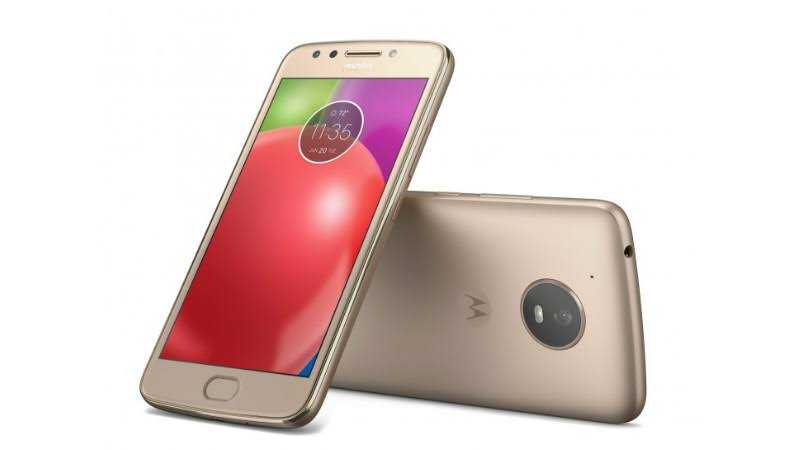 The Moto E4 is has a metal body design with a 5 inch 720p display with 2.5D curved glass on top. Under the hood lies the Qualcomm Snapdragon 425 chipset clocked at 1.4 GHz. It is coupled with 2GB of RAM and 16GB of onboard storage which is expandable via microSD slot. The E4 is fueled by a 2800mAh battery with support for Quick Charge. Motorola managed to bring down the price tag on this one by eliminating the fingerprint sensor. The back houses an 8MP sensor with LED flash and the front houses a 5MP shooter with LED flash. It will be available in Licorice Black and Fine Gold color variants.

The Moto E4 Plus is the E4 with a larger 5.5 inch 720p display and a massive 5,000 mAh battery. It features the same Snapdragon 425 Chipset and 2GB of RAM and 16GB/32GB of storage, both of which are expandable. It has a 13MP camera on the back with AN LED flash and a 5MP selfie shooter that also has an LED flash. Also present on the front is the fingerprint sensor. The E4 Plus will be available in Oxford Blue, Iron Grey, and Bluish Gold.

Next Xiaomi Redmi Pro 2 rumored to feature an all display design?