The Alcatel Idol 5 had popped up on Geekbench twice in a row in the month of April. The two benchmarks showed different chipsets on the Idol 5, hinting towards multiple variants. The Alcatel Idol 5 has finally been certified by the FCC. Images have also leaked that show the back panel of the smartphone. 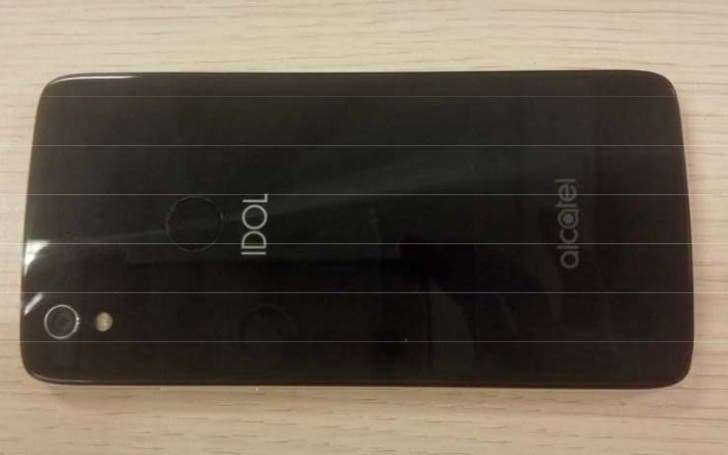 The back panel is glossy black in color with the rear camera sitting on the top left corner with the LED flash. The fingerprint sensor lies right below the IDOL logo. The Alcatel branding lies just above the bottom of the back panel. Below the logo is the model name 6060S which might be one of the variants of the smartphone.

The two variants that leaked, differed mainly in chipset configuration. One of the benchmarks shows the Idol 5 sporting a MediaTek MT6757CH with 2GB of RAM whereas the other benchmark shows the smartphone sporting a Qualcomm octa core CPU speculated to be the Snapdragon 625 with 3GB of RAM.

The models are probably targeted towards different markets, with the Qualcomm one for the U.S market and the MediaTek one for the Asian markets. We don’t know yet when this phone will see the light of day, but since it has gone through the FCC, the launch might be around the corner. Watch this space for more.