So OnePlus finally released their OnePlus 5 yesterday and now that we’ve all had time to soak up the facts it’s time to decide if we’re going to buy it or not.

After months of speculation, the OnePlus 5 was finally revealed and all the specs released to the public. The big surprise this time around was the total lack of a surprise. We had all seen images of the OP5 well ahead of launch, and the specifications that were suggested by insiders all came true.

This time around the OnePlus 5 has been developed to address an area that OnePlus was struggling with, the camera. The rear of the phone features a dual camera design and is now marketed as a camera-centric flagship. 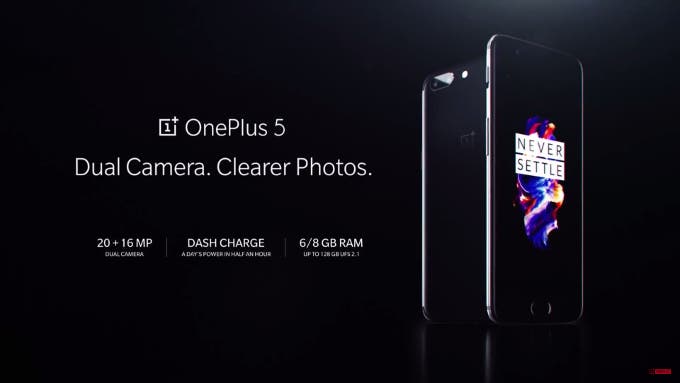 While the camera is an obvious update, there are some areas that OnePlus have still not quite caught up with the competition. For example, the new phone isn’t waterproof, there are some question marks over the screen and the design is an obvious iPhone knock off and also happens to be almost the same as the Oppo R11.

Regardless of those points the hardware all looks solid, Oxygen OS looks more mature than ever and we’re sure the build quality is going to be up to scratch but is that enough for you to buy one?

We’d like to know if you intend to buy the OnePlus 5 with our simple poll below. We also welcome your comments about the phone too.

Next OnePlus 5 and OnePlus 3T use the exact same display panel?