It appears that Ulefone are going to honor their promise and will be releasing the much wanted Android Nougat OTA update for the Ulefone Gemini. The update will become available in the following days so make sure not to miss the notification. A good present from Ulefone to their customers just as summer begins! 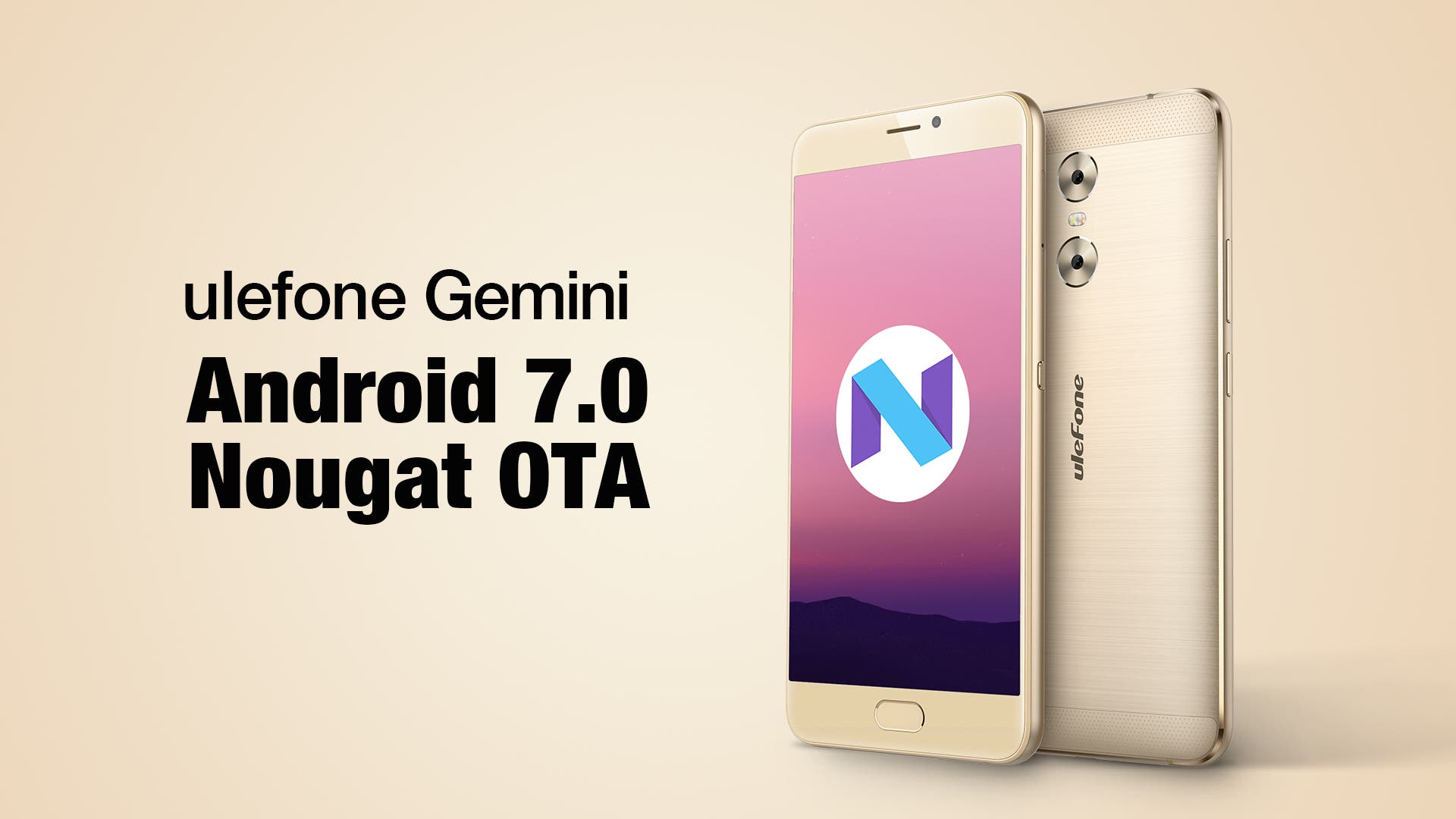 For those who aren’t fully aware of the Ulefone Gemini, the handset has been launched back in February and its main selling point is the dual camera setup on the back with a main 13MP and secondary 5MP shooter. The Gemini comes in a full metal body and is powered by a MediaTek 6737T CPU clocked at 1.5GHz, 3GB of RAM and 32GB of internal storage. There’s also a front-facing fingerprint scanner, a gyroscope and a 3250mAh capacity battery.

The Android 7.0 Nougat update is going to bring a smoother UX, lower power consumption, camera optimizations and the handy spit screen feature that allows you to use two apps simultaneously.

Next HOMTOM HT37 Pro Officially Launched - Get one for Free!