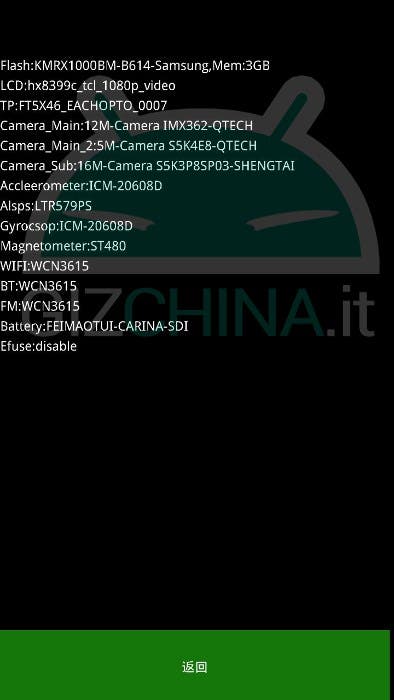 Successor to the Redmi Pro, the Pro 2 might feature an LCD display with 1080p resolution manufactured by TCL, as compared to the OLED display on its predecessor. The image shows a dual camera setup on the Pro 2, following in the steps of it’s predecessor. The dual camera setup consists of 12MP Sony IMX362 primary sensor coupled with a 5MP Samsung S5K4E8 sensor. For the front camera, the phone features a 16MP Samsung S5K3P8 sensor.

Other details include the usual sensors like WiFi, gyroscope, Bluetooth , magnetometer and accelerometer. Also specified is the RAM on this device, 3GB manufactured by Samsung. Recently, the Xiaomi Redmi Pro 2 had popped up on Xiaomi’s official website sporting a Qualcomm Snapdragon 660 processor. The Redmi Pro was powered by the Deca core Helio X25 processor and Xiaomi might have their reasons to shift to Qualcomm, considering the performance boost the 660 will offer.

There is no word from Xiaomi regarding the Pro 2, so we suggest you take this news with a pinch of salt. Watch this space for updates!

Next Alcatel announces three new smartphones, Idol 5S, A50, and A30 Plus