The Moto Z2 Play is the successor to the Z Play, one of the best value for money phones on the market. The Moto Z2 Play was rumored to be running Lenovo’s ZUI, and there’s another leak that hints towards the same. 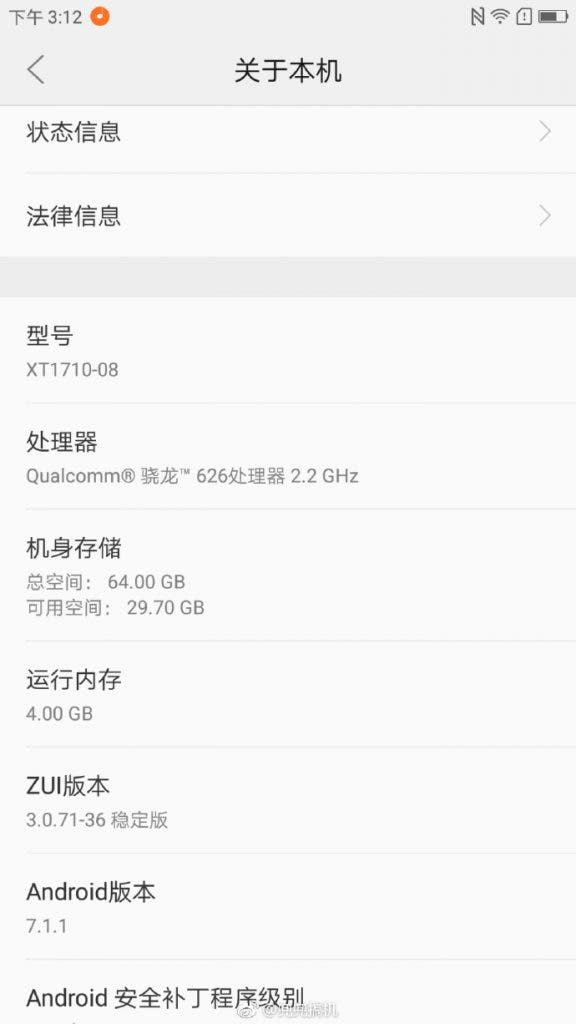 The current leak shows a screenshot from the “About Phone” page in settings. The specs of the phone stay the same as the international variant except the software, which is ZUI 3.0 on top. ZUI is Lenovo’s in-house flavor of Android which it released with the ZUK line of smartphones. Even though the line died just 1.5 years after inception, the ZUK series was quite an improvement, with the ZUK Z2 being one of the best value for money phones. The last version of ZUI that was released before it shut down, was ZUI 2.5. The version running on the Moto Z2 Play is the ZUI 3.0 on top of Android Nougat 7.1.1.

It’s not uncommon for phone makers to provide different flavours of Android to a smartphone according to the market they’re targeted for. For example, OnePlus smartphones retail with Hydrogen OS in China and Oxygen OS for the rest of the markets.

Will this approach work in Lenovo’s favour? Only time will tell. Watch this space for more!

Next Moto Z2 pops up on GFXBench(again) just a few days before the rumored launch!