Today Nokia’s Chinese website put up a promotional image for the yet-unannounced smartphone, as evidenced by the screengrab you can see below. We assume this was a mistake by the webmaster, since HMD still hasn’t unveiled the Nokia 8. 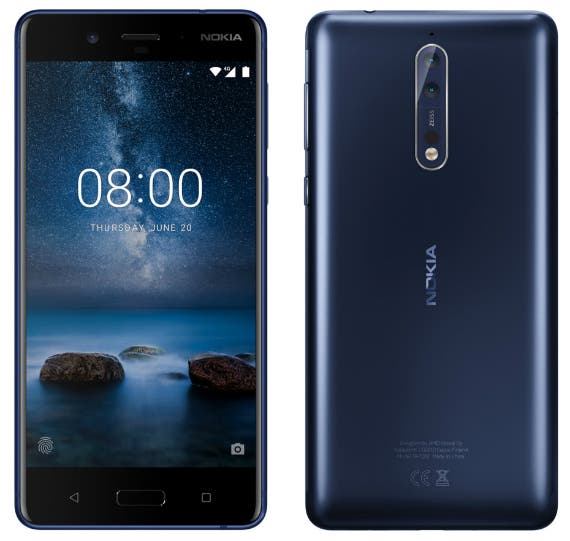 Some say that the handset could be unveiled today, if we go by the date shown on the phone’s lock screen. Note that we get to see the official black variant of the device, after having already seen the blue color version already, with a black front (perhaps meant to mask those big top and bottom bezels somewhat).

According to all the latest rumors, the upcoming flagship should be equipped with a 5.3-inch QHD display along with a Qualcomm Snapdragon 835 chipset at the helm. It will pack a pair of Zeiss branded dual cameras on its back, each having 13 MP resolution. It will be available in two main variants: one with 4 and another with 6GB of RAM, and the handset will run Android 7.1.1 Nougat. As for pricing, an unlocked unit will cost around €550-600 according to past rumors.

Previous Chinese phonemaker iVoomi launches its entry-level Me 4, Me 5 in India

Next Xiaomi Mi 2/2S getting MIUI 9, 5 years after its launch