I guess this is a good reason for all Xiaomi fans to celebrate, they deserve it. According to a recent report by research firm, Strategy Analytics, the Chinese company has returned to its former place as 5th in the list of the top five smartphone brands in the world. The info was shared on Weibo by Xiaomi’s CEO, Lei Jun. 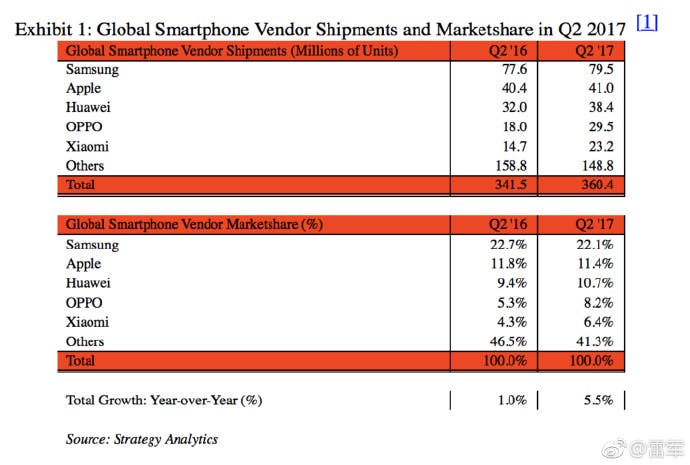 The latest figures look really promising for Xiaomi. At the beginning of last month its shipments for the second quarter of the year reached 23.16 million units, but this report by Strategy Analytics puts the figure at 23.2 million units and the company’s market share at 6.4%, which basically translates to a 5th place in the world!

According to the report by Strategy Analytics worldwide smartphone market managed to increase the number of global shipments to 360.4 million units, a significant increase when compared to the 341.5 million units from last year.

Next Have a look at LG V30's first complete render