Well here it is guys, the first full – pure- render image of the upcoming LG V30 flagship model, scheduled to hit the worldwide market in the coming days. 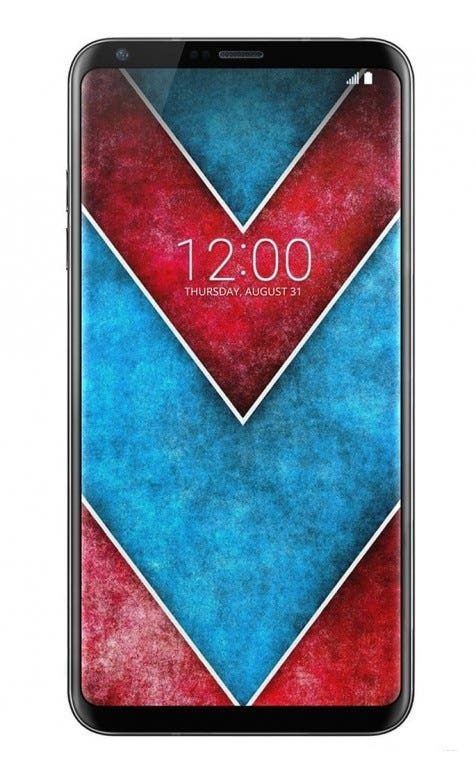 Have in mind that it comes from a leak, and it has an old iPhone wallpaper on it, so it’s probably an unofficial render based on the official specs. If you pay attention you may see that it has been designed following the curve of the teaser from earlier and the proportions from the G6 for the top. According to recent reports, the V30 flagship will retain most of the original design of the LG G6 flagship with certain… additions in terms of design and usability.

If we are to believe the latest rumors, then the upcoming model should pack a 6 inch OLED display with QHD+ resolution and 18:9 aspect ratio. To help us put its dimensions in the correct perspective, the source of the press render drew up a comparison between the V30, the G6 and the Samsung Galaxy S8 Plus model you can see above, in the featured image. Obviously the LG V30 is the middle-sized phone :p