It appears that US carriers are currently in a huge battle to win the top spot for the “most caring” carrier. With the current release of Android Oreo to Galaxy S8 by AT&T, it means that all the major carriers (T-mobile, Sprint, Verizon, and AT&T) in the US have now released this update to the S8. Now, Sprint which released Android Oreo to Galaxy S8 a few days ago is now releasing the same update LG V30 units on its network. This is coming less than a couple of weeks after Verizon V30 started getting the Oreo update. As is common with major updates, this update is 1.7GB large and it comes with the build number OPR1.170623.026. 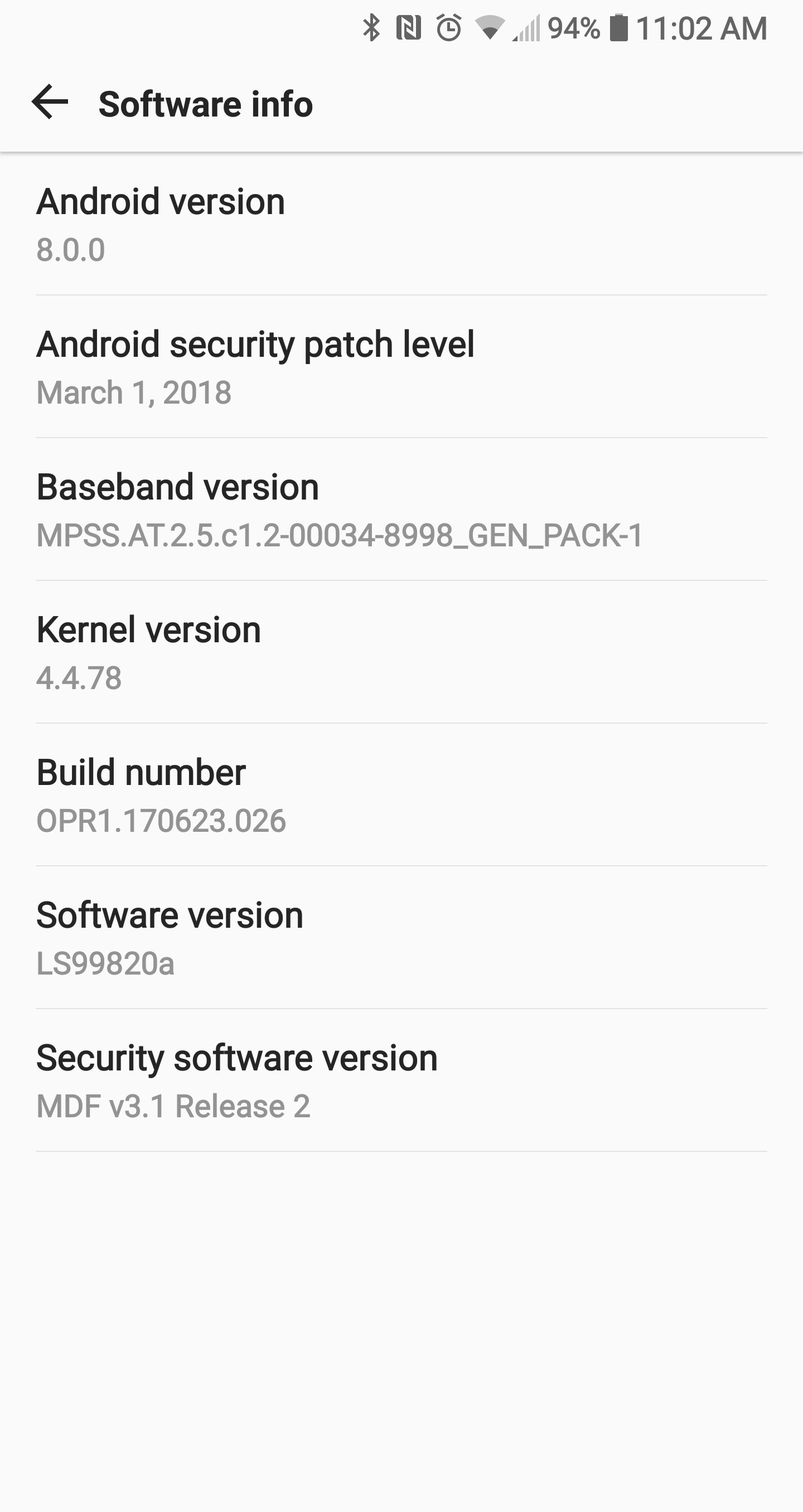 The official changelog and release note for this update is not available for now thus the changes which this update brings is not clear. This update is rolling out OTA thus we know that it will arrive devices in installments. However, you can also manually check through Settings > System update if you have not gotten the notification.