All the major carriers in the US such as Sprint, Verizon, and T-Mobile have released Android Oreo update for the Galaxy S8. AT&T has been the only carrier whose Galaxy S8 units haven’t received the Oreo update. The carrier is now currently pushing out Android 8.0 update to its Galaxy S8 device and this means that we are having a very rare situation where all the Big Four US carriers release an Android update to their devices within days. 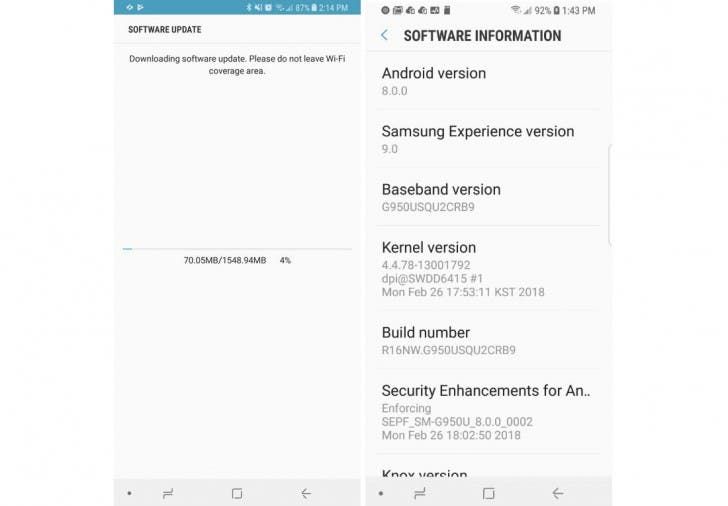 You will need 1.5GB of data to download this update. It is a major update so it’s expected to be heavy. This update comes with build number R16NW.G950USQU2CRB9 but unfortunately, the Galaxy S8+ is not listed. The other carriers released this update for the S8 and S8+ concomitantly so we believe that AT&T will probably not delay the Oreo update for Galaxy S8+. This update is rolling out OTA thus we know that it will arrive devices in installments. However, you can also manually check through Settings > System update if you have not gotten the notification.