The Elephone P8 Mini turned out to be an incredibly solid phone for its price, and we see the full size Elephone P8 take a step up in terms of specifications, performance, and price.

Specifications wise, Elephone seems to have stuffed quite a few standout specs here, 6GB of RAM, 21MP back camera, 16MP front camera. It is accompanied by the Helio P25 processor and a moderately sized 3600mAh battery, let’s see how good a job Elephone has done.

Big thanks to Elephone for providing this review unit. You can buy one here. 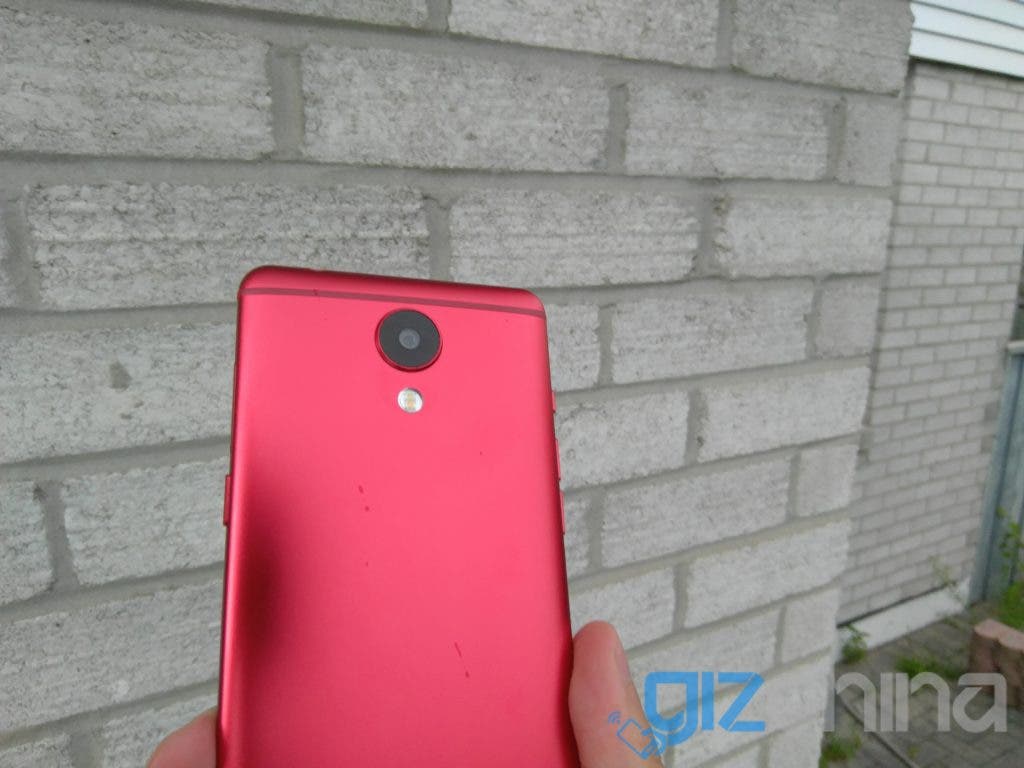 It has become common at this price point for Chinese phones to have great build quality, and the Elephone P8 is no exception. The body is finely machined, well crafted, and has some heft to it. My favourite thing about the body is the inclusion of the alert slider, a hardware key to move your phone into silent mode is truly reassuring, probably one of the reasons why Apple is one of the only companies to include one on every single phone they have produced. Elephone claims a 0.9mm side bezel which technically is true, but measured to the outside casing of the phone and it comes in a lot closer to 3mm, not thin by any means. 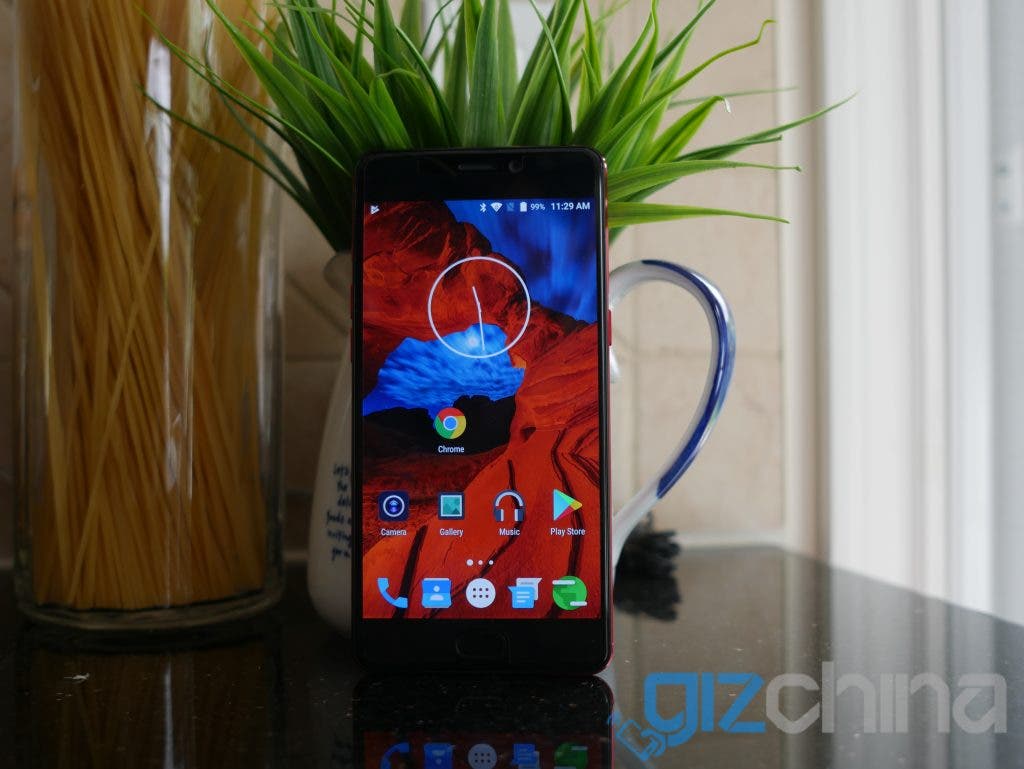 I do have a couple of minor complaints, well I think it clocks in a lot closer to numerous. So first, the SIM tray can be heard rattling if you move the phone too fast, and while a hefty phone can add to a high quality feel, it’s a bit too heavy in my books. Next, the phone is also very thick considering what’s inside the phone, I would understand if it was packing a massive battery, but it isn’t. They can’t even use the excuse of the high megapixel camera because the module is sticking out! 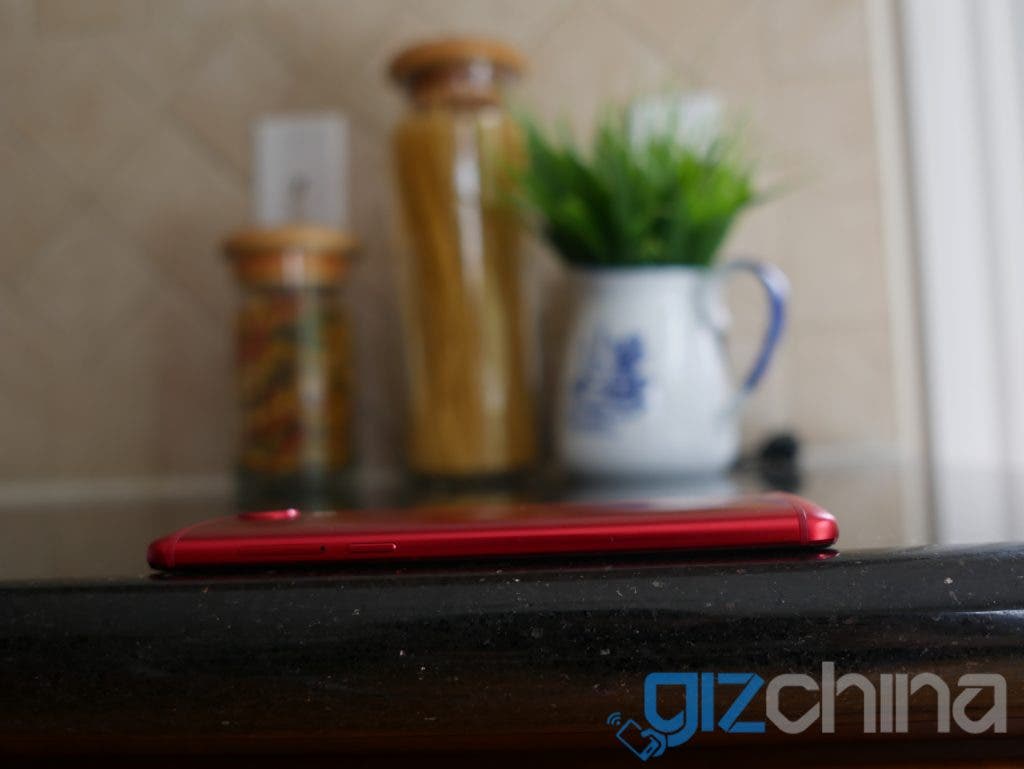 There are also no capacitive buttons beside the home button, a perfect example of wasted space as those areas do nothing. It also utilizes a microUSB port instead of a USB-C port also. The last pet peeve of mine is the protrusion of the camera module on the back. It doesn’t have a metal lip protecting the lens, and so you have to be extra careful when placing the phone on a surface. 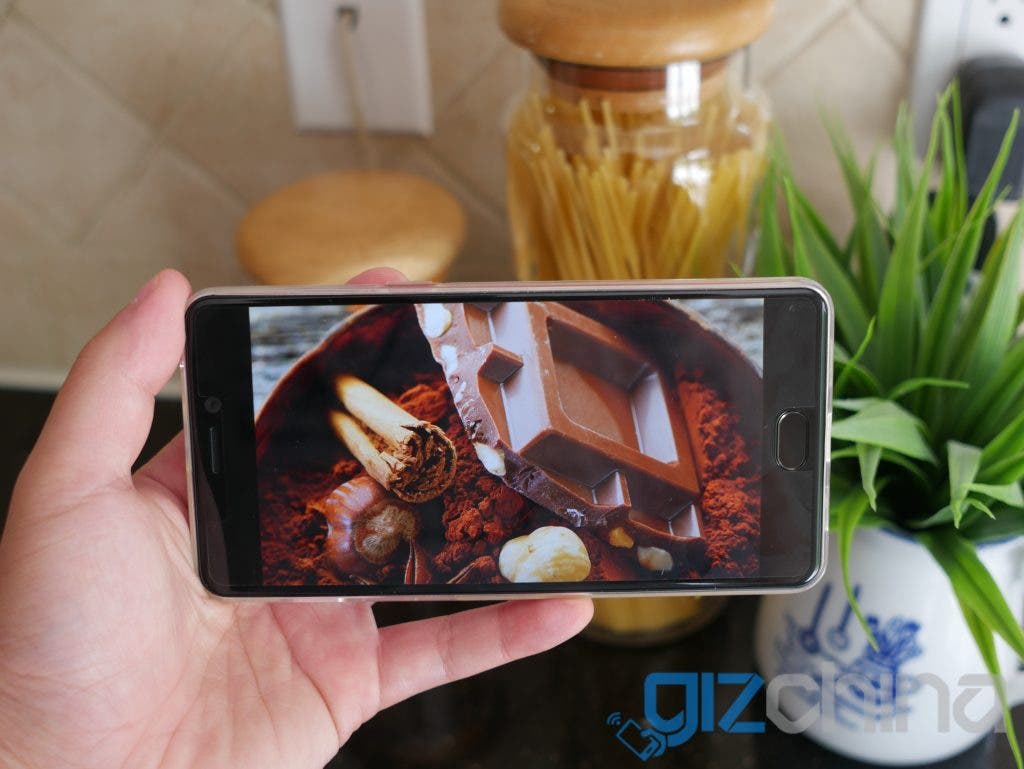 A 1080p screen graces the front of the phone and while it definitely looks good for an LCD, it still pales (literally) in comparison to an AMOLED which easily show off vivid and saturated colours. That being said, the LCD display here shows off some very nice colours for an LCD, not many people will find items to complain about. Max brightness makes it relatively easy to see in direct sunlight. Touch response is responsive, but the screen has a tendency to mistake scrolls for taps, resulting in quite a few mistaps along the way. I don’t know if this is a hardware or software issue (I hope its software for our sakes) but I hope Elephone can find a way to fix it. 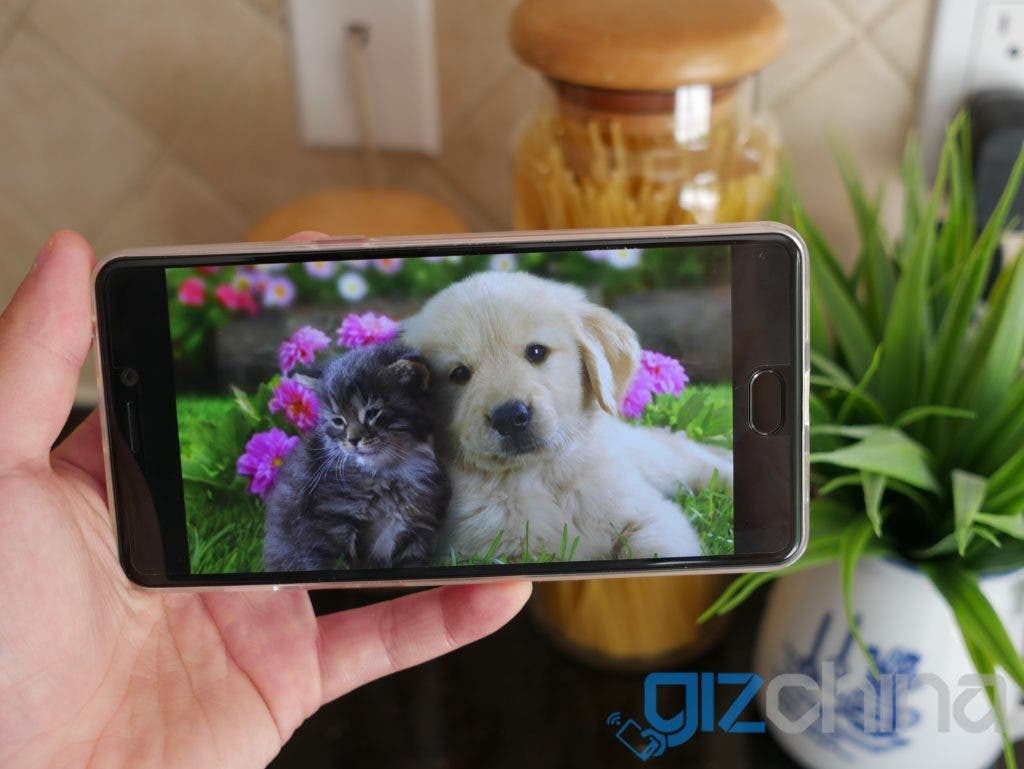 Audio quality here is about average, and volume is as well. There isn’t anything particular spectacular or horrible about the speakers here.

The 3600mAh battery is confusing. I obtained 3 hours of screen on time one day and then 8 hours the next. Both these days consisted of very heavy Youtube playback, so not light use by any means. However, battery life has started to stabilize in the direction of the 8 hours of screen on time, so I do believe that battery life should be good. That being said, take this section with a grain of salt.

EDIT (August 08, 2017): Battery life seems to have settled in a lot better, I’m getting a consistent 6 hours of screen on time pretty easily with this phone. I occasionally hit 7 hours, but that’s cutting it pretty close.

Android 7.0 is optimized moderately well on this device, with the stock launcher feeling very smooth, Google Launcher less so. What I’m impressed with is how well they optimized the performance on the Elephone P8. Launching apps on the Elephone P8 is significantly faster than the UMiDiGi Z1 Pro which features the same processor and RAM. In fact, the Elephone P8 can battle effectively against the Redmi Note 4’s Snapdragon 625 in terms of performance, losing only slightly. 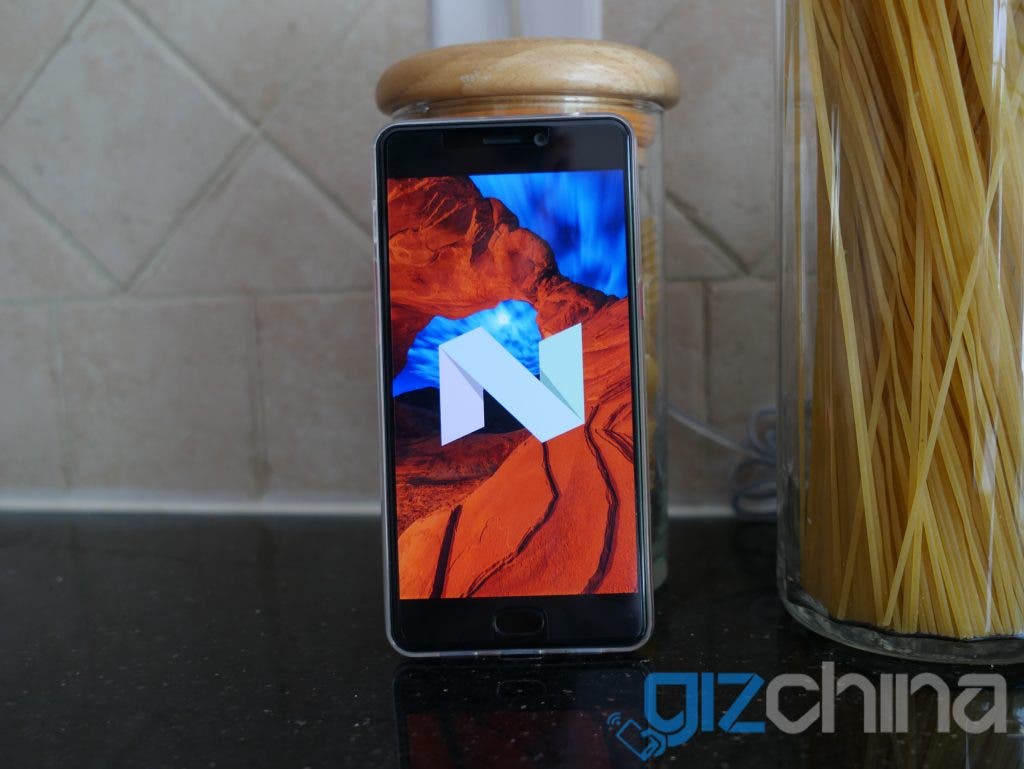 With 6GB of RAM, multitasking is not even a question, but 6GB of RAM is also completely overkill. I never went past 4GB, with my normal use barely breaching 3GB. However I will say one thing, turn off memory optimization! This setting causes the phone to automatically clear the RAM every time the screen goes off, the fact that this setting even exists on this phone baffles me. Gaming works fine, I could play every intense game except for Modern Combat, the game here was slightly laggy. The fingerprint sensor is moderately fast and accurate, enough for normal use but eating the dust of the Oneplus 5.

Reception is great, 4G connectivity is quite fast, eating through my data quicker than I would have liked. WiFi reception is OK, but too many walls or doors between the phone and the router and WiFi speeds slow to a crawl. Bluetooth works mostly fine, for some strange reason the volume keys cannot control the volume on my Bluetooth headsets, you have to do it manually. GPS reception is great though, very accurate though it took longer than usual to get the first lock.

The camera here is one of the most confusing cameras I’ve tested, now don’t take that in a bad way, the camera is a very interesting mix of good and bad. 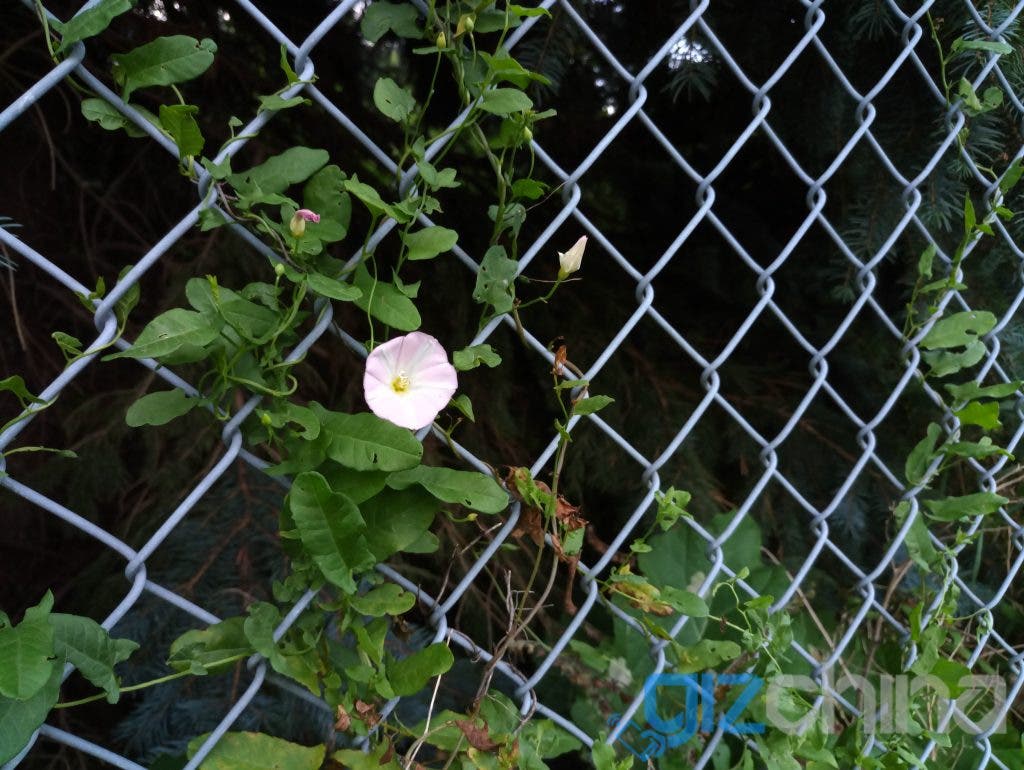 Let’s start with the good; the rear facing 21MP camera is very capable of taking some great photos. Photos have great colour saturation, detail on photos is through the roof where Elephone is concerned, but almost on par with the Redmi Note 4X which is no small feat. In fact, there are certain ideal situations where I do see the Elephone P8’s photos blow past the Note 4X overall which is an incredible achievement for Elephone. 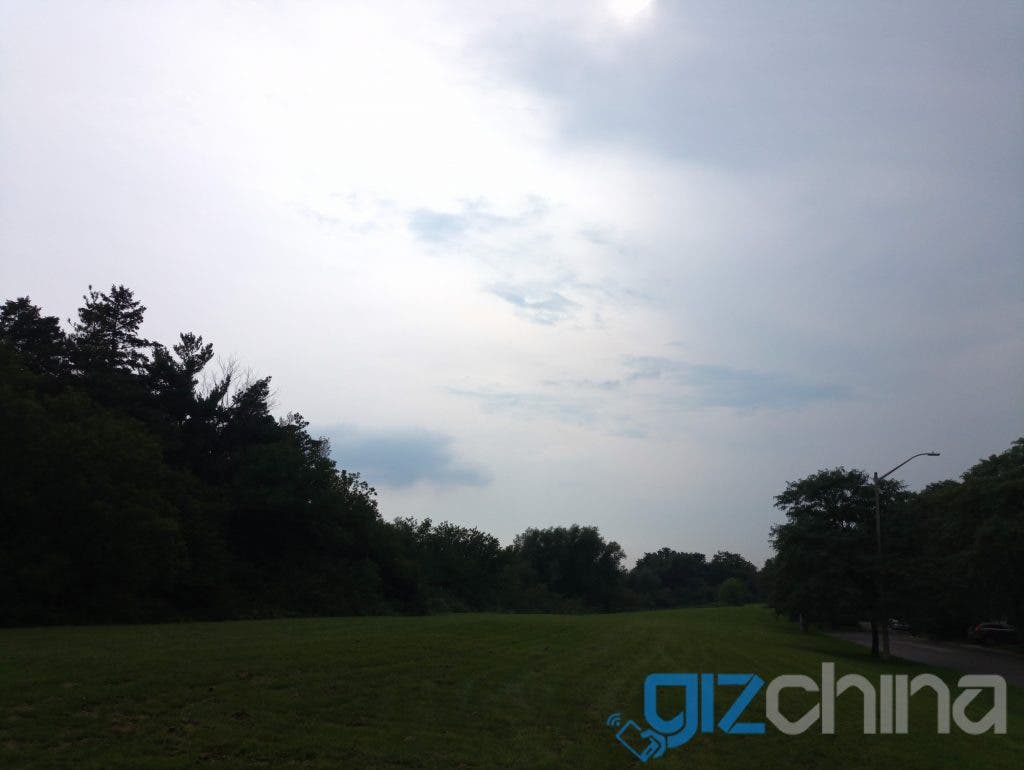 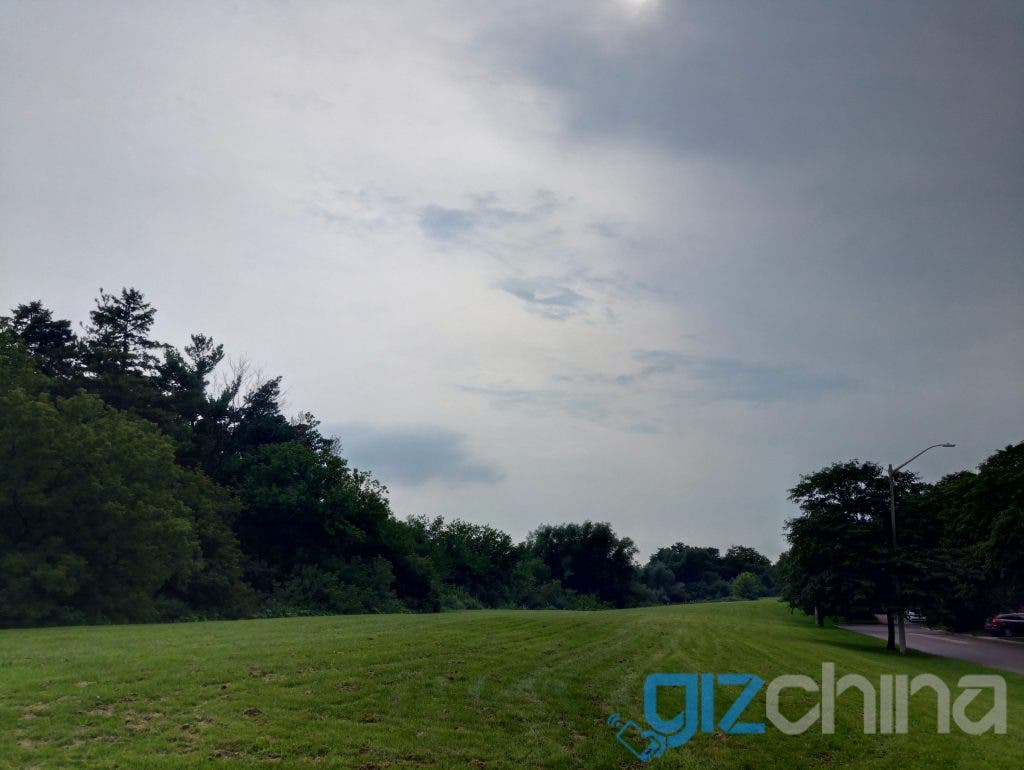 In addition, the HDR mode here is one of the most well implemented HDR modes I’ve seen, easily topping the likes of Ulefone, UMiDigi, Vernee, etc. HDR mode on these chinese phones usually washes out a photo when turned on, leaving the HDR mode mostly useless. However, Elephone has improved vastly in this area. Elephone’s HDR engine actually took a slightly dark photo and improved it very significantly, giving this photo below a very dramatic look and feel while retaining the colour saturation on each area of the photo. It seems like Elephone has taken a large step in terms of its camera software. 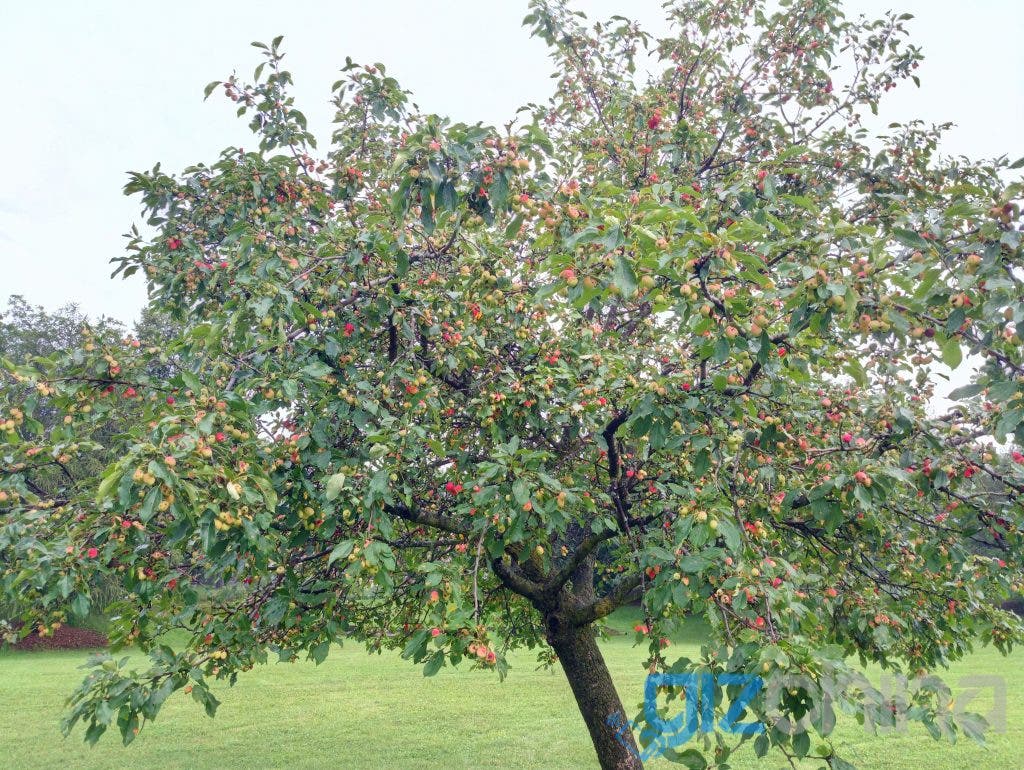 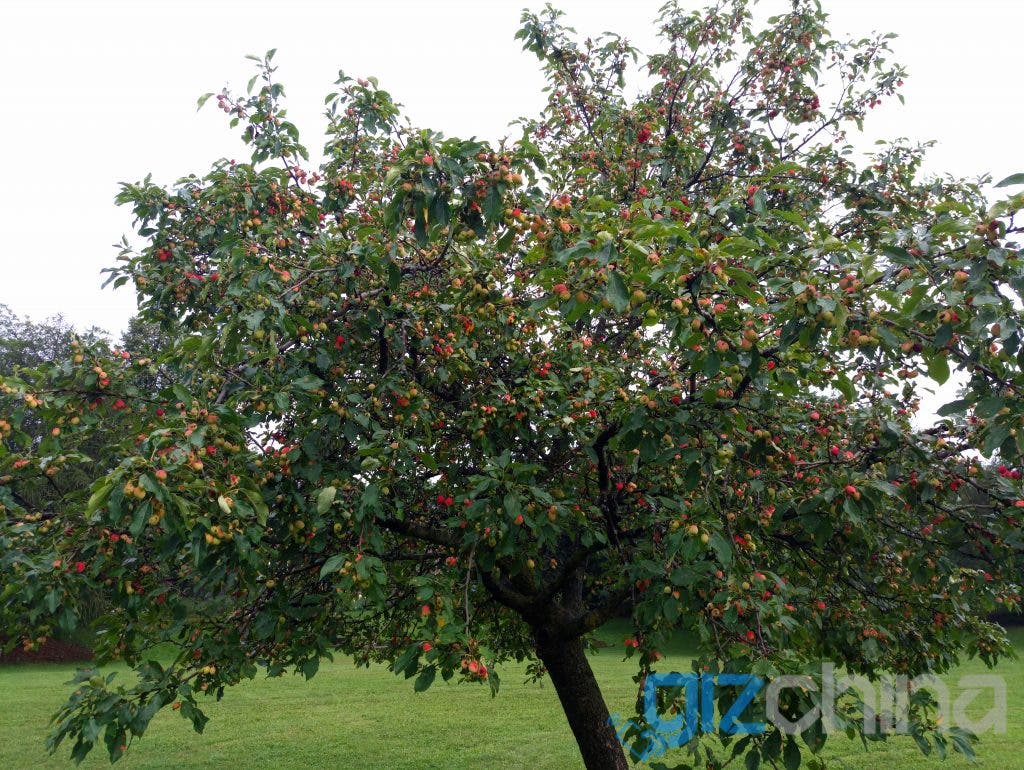 Now for the bad. HDR mode still washes out photos sometimes, it washes them out a lot less than other phone manufacturers, but it washes out some of them nonetheless. 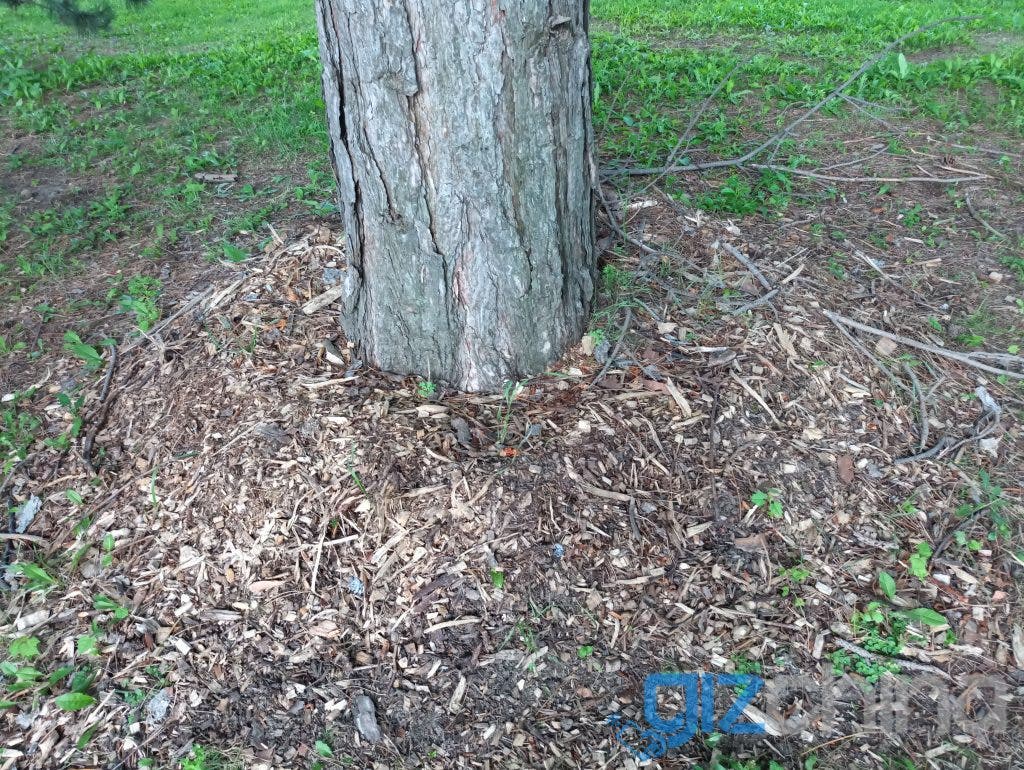 I also found that more often than not pictures were very slightly out of focus, not noticeable on a phone sized screen, but much more so on a 24” computer screen. With all this being said, these slightly out of focus photos are more than useable on social media. The third and final issue with the rear camera is its tendency to oversaturate colours on occasion. Every few photos or so, the camera takes photos with such bright and saturated colours that would put Instagram’s filters to shame. The weird thing is that they don’t actually look horrible this way. Yes, I personally prefer the colours in my photos a bit more down to earth, but I must say that these sorts of photos definitely appeal to a certain segment of users. 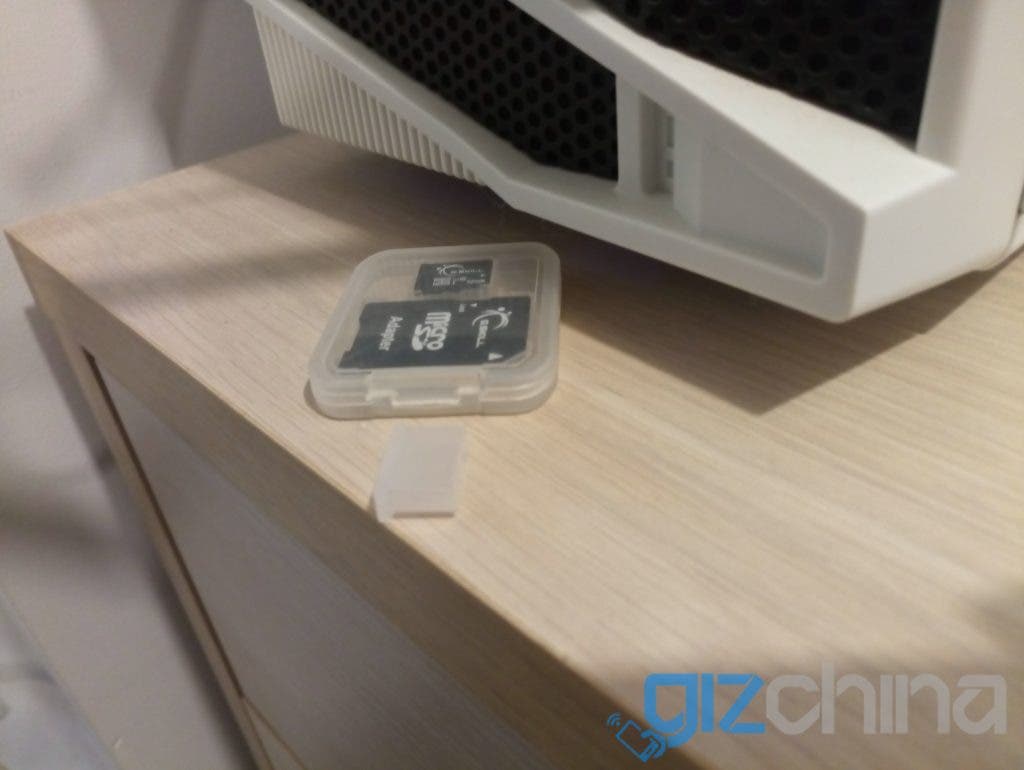 Low light is still not Elephone’s strong suit. Pictures start coming out soft in poorly lit indoor situations, and noise completely takes over at night or in basements. 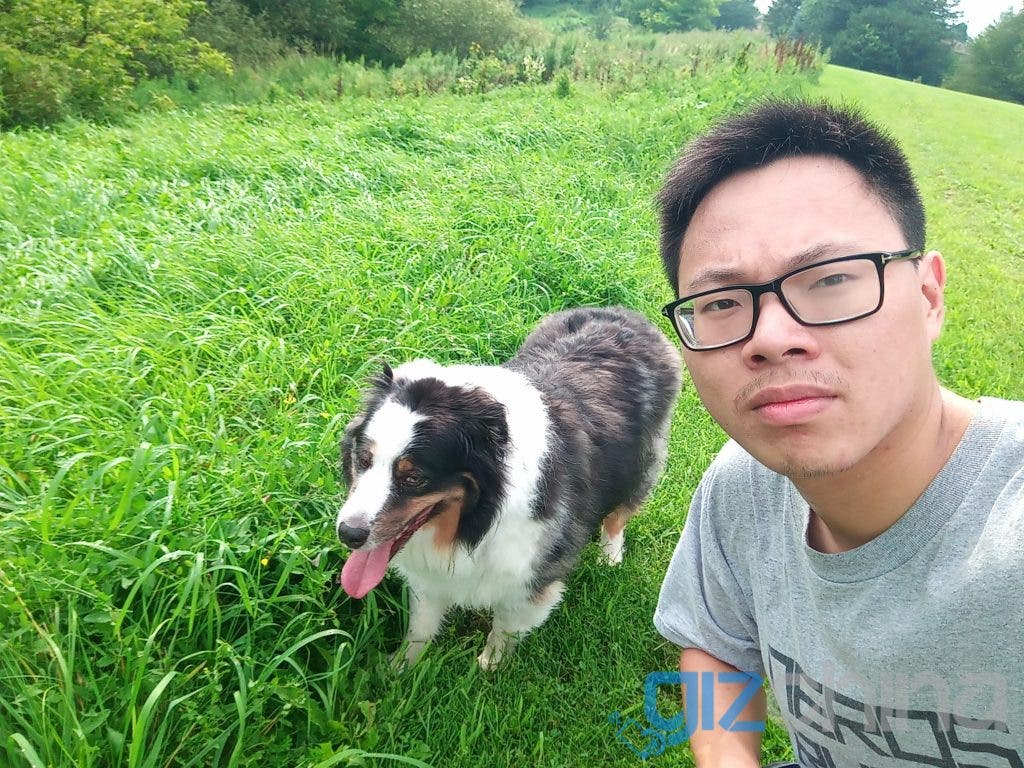 The front facing camera is a lot more conventional. It is a 16MP snapper with a Samsung sensor and this camera takes rather average photos both in terms of colour reproduction and detail. It is also not a capable low light shooter either.

The rear facing camera is capable of shooting in 4K, but the results aren’t great. 4K video retains good colour saturation but not so with detail. I found the video to look like an interpolated and oversharpened 1080p recording instead of a 4K video recording. You should treat any 4K footage as if it’s a 1080p video.

This phone is definitely a little confusing. While Elephone has made great strides where it counts (performance optimization, camera and HDR software), it has also made quite a few small missteps, often in the same area where those large forward strides took place. If we compare any phone to the Xiaomi Redmi Note 4, it almost automatically loses in terms of price to performance, the Elephone P8 included.

However, compare it to other phones with similar specifications and we find that the fight is a lot fairer; the Elephone P8 offers infinitely more value than the UMiDigi Z1 Pro. Where it struggles is against the new onslaught of bezelless phones. While I have yet to test one, the Doogee Mix and Maze Alpha offer similar specifications for the same or less money, with the added benefit of being bezelless.

Giving this phone a score was actually incredibly difficult when there is so much good intermingled with bad. I tried my best to separate those two and figure out what score it rightfully deserves, but read the review for a full picture.

Forward where it counts

Next Nokia 2 gets FCC approval, we've got photos and dimensions

Deals: Get the Elephone P8 and P8 mini with some hefty discounts!