Wireless audio is nothing new, nor is ‘good’ wireless audio. However, getting both of these qualities in one single product is often hard to achieve.

We’ve seen tonnes of wireless audio gadgets from China — we’ve also done a list of the best Apple AirPods alternatives — out of which, most have, on an average, been sufficiently good.

However, if there’s still a market that’s rather unexplored, that of quality stereo Bluetooth earphones that sound good, and just… work.

And that’s where Air by crazybaby attempts to hit jackpot. Lets have a look in this review to see just how far it gets.

There happen to be a lot of market segments, mostly extremely price-sensitive, where the packaging and presentation doesn’t really hold much value. Air by crazybaby, certainly, doesn’t happen to fall in that category.

What you’ll also be happy to find is that the gadget comes pretty nicely packed in a nice and small retail box. Inside, you find a very interesting-looking metal ‘capsule’ containing the business material including some other extras like earplug tips, literature, etc. stuffed on the bottom side of the box.

In more ways than one, the experience of unboxing — and for the most part, using — Air by crazybaby remind you of using an Apple product. What’s appreciable is that they’ve managed to achieve similar levels of satisfaction without explicitly ripping Apple’s designs off. 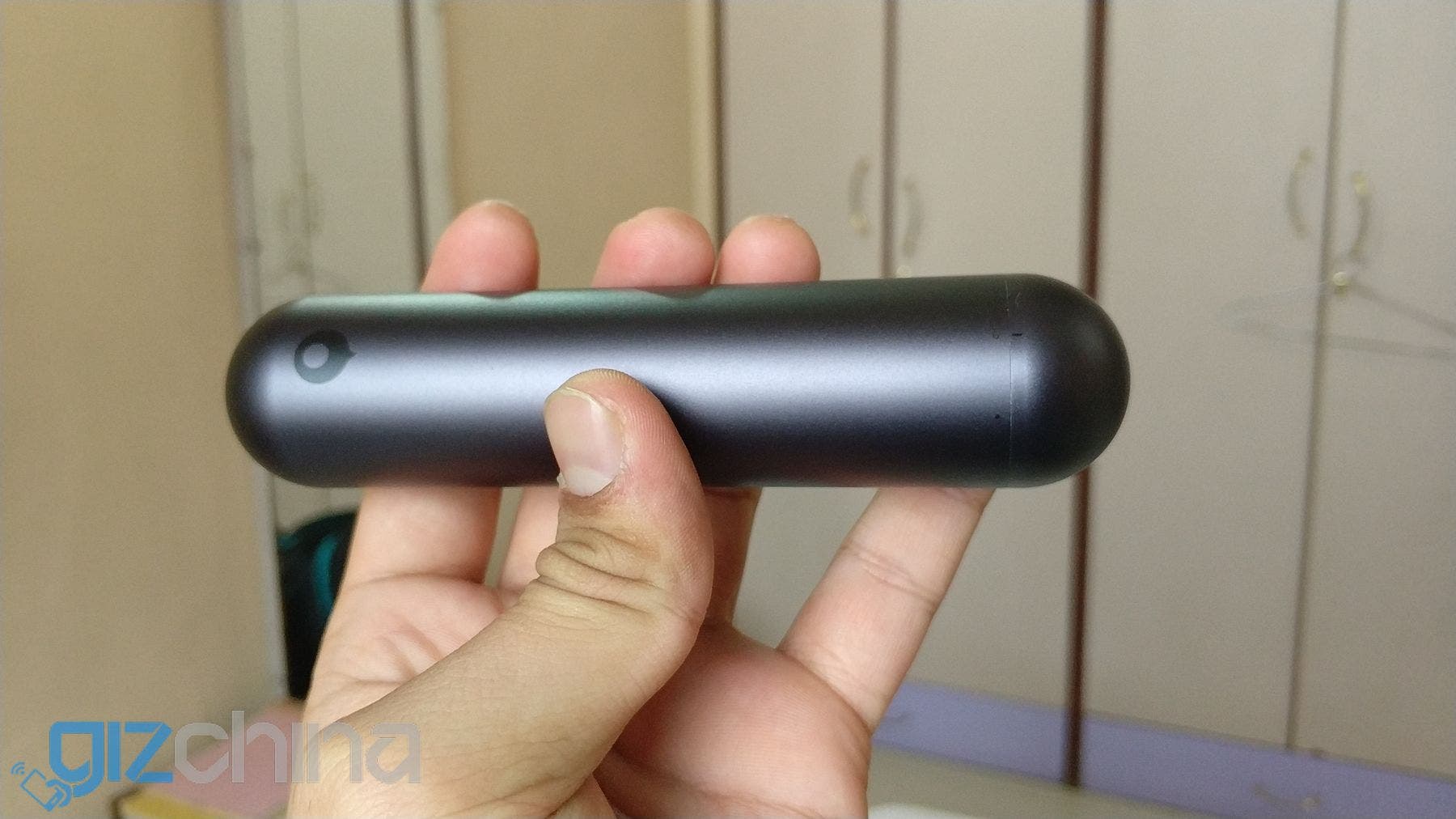 Coming to the technical side of it, the capsule also serves as a ‘power reserve’ besides being a fancy, handy storage box.

These earphones are probably the most comfortable fit I’ve ever used. It’s certainly way more easy to use than a pair of IEMs, which don’t really go well with me. crazybaby also offer a ‘leash’ for people who are paranoid about losing/damaging the earbuds, which should be really hard to do in my opinion.

As for the music quality, the buds offer a surprisingly rich sound. By ‘rich’ I don’t refer to bass-heavy sound, but instead something that sounds extremely natural and yes, with enough bass. I’ll be honest (while certainly attempting to not sound like I’m trying to sell these buds) in saying that I prefer the sound of these buds over a lot of wired earphones I’ve owned in the past, including some really expensive ones.

I’m told the earbuds come with “0.20” (5.2 mm) Custom-made Hi-Fidelity MicroDrivers” which deliver the sound that I’ve come to love. Also, I’m pretty sure the buds required little or no ‘burn in’ to sound the way they do now.

According to the tech spec of the product, Air by crazybaby also come with passive noise cancelation. And doesn’t it work well! Just to ensure I was right about it, I made a few others use the pair of earphones to check of the noise cancelation, and pretty much everyone had the same sentiment about the feature — it worked really well. 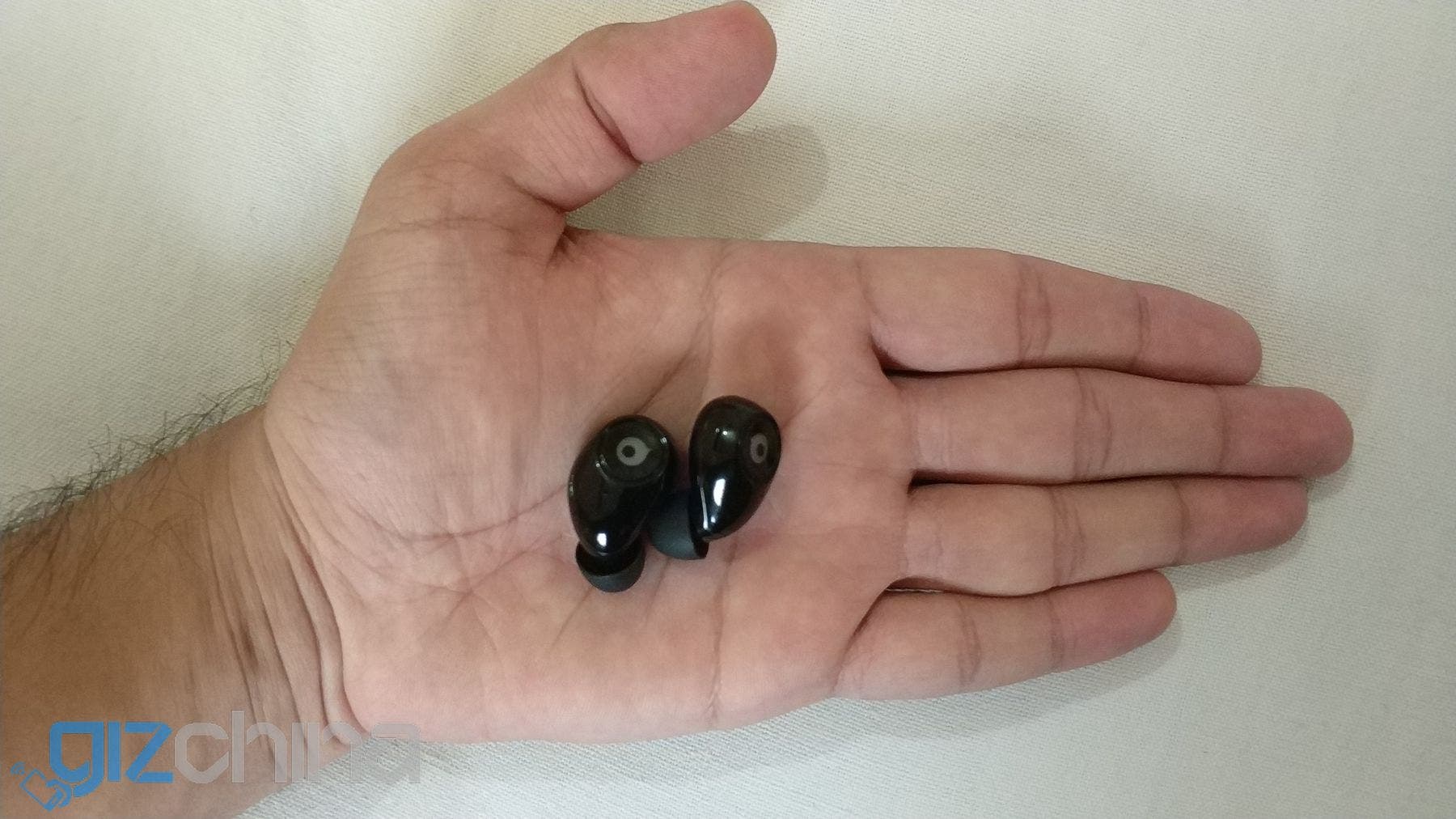 The earbuds also come with a mic on them, which lets you take calls without having to shift to your phone. However, in my usage, the mic has been rather poor. I’ve had to switch to my phone in between calls, which isn’t the most convenient thing to do. For some reason, the earbuds’ built-in mic doesn’t catch voice well enough, which makes it pretty unusable for me during calls.

Battery life on these buds has been very satisfactory too. According to the factory, you can get around 3 hours (music)/4 hours (talktime) on a single charge. On the other hand, the innovative battery capsule storage unit will afford you another 8-9 hours of usage. In my usage, I’ve been able to independently verify that the 3 hours claim is very well true, while it’s a bit difficult measuring 12+ hours with the capsule. 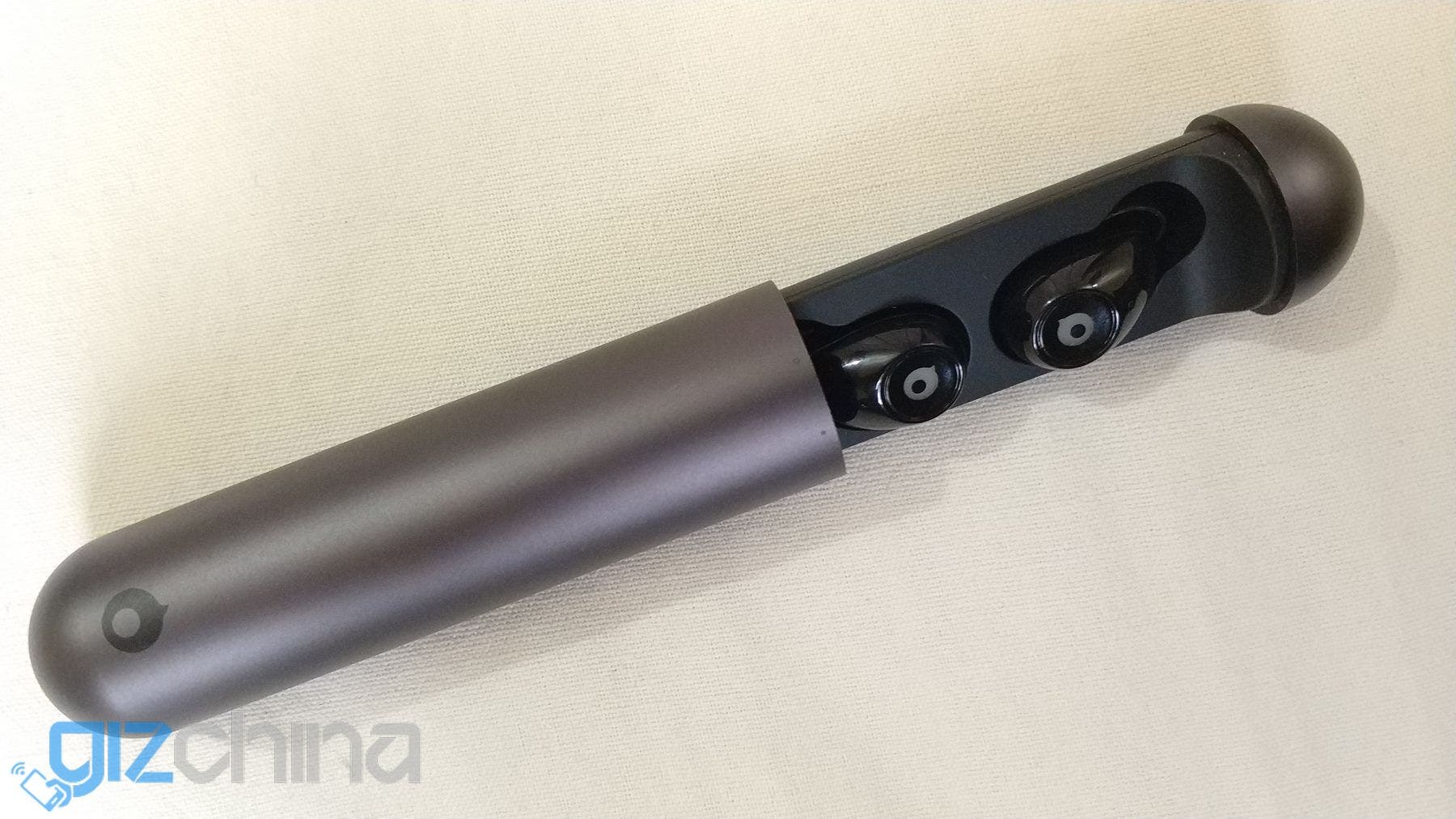 In my opinion, the idea to have a ‘reservoir’ battery is a huge hit. We’re pretty much always using our gadgets these days, and it makes sense to extend the battery life of a gadget, albeit at the expense of longevity (I’m not even sure if that’s the case here, but let’s assume it in the worst case).

Connectivity has been pretty good, but not as good as the rest of the package. The earbuds are really simple to use — you can press and hold the button on the back of the buds to turn them on and then they’re immediately available to pair. However, for some reason, the earbuds won’t work with my MacBook Pro. I’ve used them with a few other phones, and they work more or less flawlessly.

There’s just this little stutter I hear on the right earbud at times, I’m guessing which happens only when the battery is low. These are the only two gripes I have with the connectivity part of Air by crazybaby.

Air by crazybaby come with a retail price tag of $169 (I think they’re $30 a bit too steep at that). For the unaware, the gadget started as a crowdfunded project, which raised a total of $2,761,399 by the end of 2016… which is a lot of money. However, it’s nice to see the company deliver and in a rather satisfactory manner.

You can learn more about Air by crazybaby here, where you’ll also find info on how you can purchase some for yourself.

Meanwhile, drop any questions you might have in the comments section below.