This surely looks very interesting – especially for all those Xiaomi fans out there that wait impatiently the upcoming MIX 2 flagship. According to recent rumors (and some relevant leaks) the most awaited Mi Mix 2 – scheduled to be unveiled in September- could be equipped with a new 3D facial recognition technology! 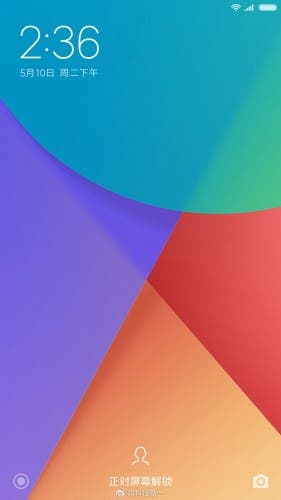 The screenshot above tends to support these rumors, as it presumably comes from the Xiaomi Mi Mix 2 lockscreen, showing the outline of a head, prompting the user to look at the phone to unlock it. The Weibo user who leaked the screenshot this new feature could be implemented later on in the MIUI 9 interface  and will arrive exclusively for the Mi MIX 2 model at first.

Since this image does not reveal much, we might also see a more simple solution that Samsung implemented with the Galaxy Note7 that eventually was transferred to the Galaxy S8. Sony also has a similar feature which runs even on mid-range devices like the Xperia XA1 Ultra and the even more affordable Xperia L1.

We will know more about this new rumored feature in the coming weeks, as the Mi MIX 2 is expected to be unveiled sometime by September. Could this new 3D facial technology lead to the death of the fingerprint sensors?