Huawei seems eager to promote their upcoming Mate 10 flagship so earlier today they released a teaser that confirms the launch date of the device but still doesn’t reveal its final design. 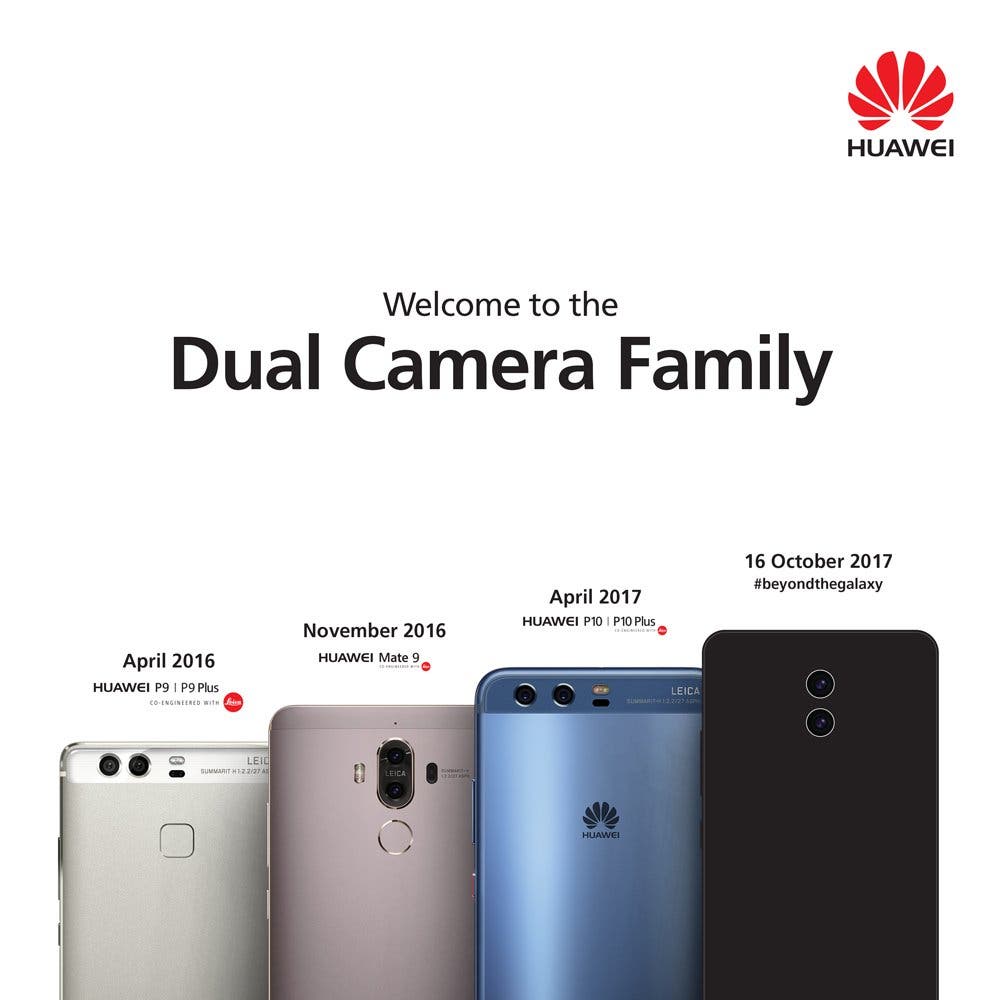 So what we do know today is that the Huawei Mate 10 will be unveiled on October 16, during a special launch event scheduled to take place at Munich, Germany. According to the official tweet by the Chinese company, they tease Samsung using the hashtag #beyondgalaxy, suggesting that the Mate 10 would be a better smartphone than the recently unveiled Galaxy Note 8.

According to the latest rumors, the new Mate 10 (along with an even larger model dubbed Mate 10 Pro) will be equipped with a much improved dual camera on its back, packing a a 12-megapixel RGB sensor and a 20-megapixel monochrome sensor. There will also be a third variant called Huawei Mate 10 Lite, that will be equipped with mid-range specs and a much lower price of course.

The Chinese company has already confirmed (via a tweet with the hashtag #HuaweiMobileAI) that they will be present at IFA 2017 at 2 PM on Sept. 2 and during their event, they plan to unveil their first AI processor that will be powering the Mate 10 and Mate 10 Pro flagships, along with the Kirin 970 chipset.

Next Xiaomi Mi Mix 2 back side leaks, what's it made of?