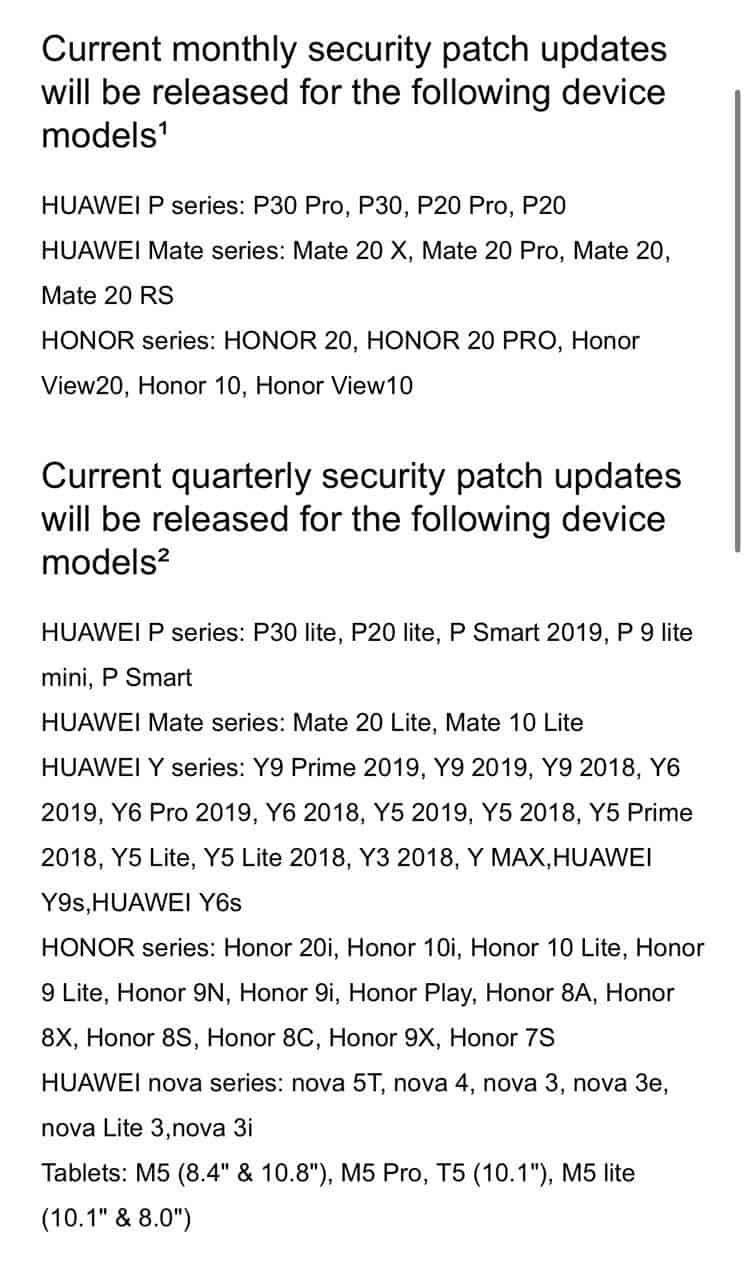 However, these smartphones are still eligible for the EMUI 10 update. As far as we know, this could be a mistake because we expect the Huawei Mate 10 series to still get quarterly updates and not out of the list entirely.

Although the Huawei Mate 10 series should be in the quarterly update section, these smartphones are at the end of their update cycle. As of now, there is no official information regarding this current information. If this is a mistake, the company will communicate as soon as possible. We will let you know if your device will still get the quarterly security updates.

The Mate 10 series is one of Huawei’s top devices a few years ago. It had the privilege of being one of the first devices to get Huawei’s GPU Turbo technology. GPU Turbo improves GPU performance and reduces power consumption, It can also bring HDR enhanced effects to the gaming, allowing for clearer picture quality and richer color details. The emergence of GPU Turbo does not only help the flagship devices but also the GPU performance of low-end and mid-range smartphones so that they can use technical means to avoid simply stacking hardware and still improve the user experience. Therefore, you can understand that GPU Turbo is a technology designed for the future. Its biggest significance lies in the fact that Android phones gradually get rid of hardware flaws.