Following the Mate 20 series announcement, the company decided to push forward the Android 9.0 Pie update for the last year’s flagship – The Huawei Mate 10. This is the third Huawei handset to receive the Pie update, after the P20 Pro and Mate 10 Pro. Third, if we do not take Honor devices into consideration.

The Android 9.0 Pie update comes in the form of Huawei’s EMUI 9 skin and is currently being rolled to the Mate 10 devices in Europe. Something that worths to be said is that this update is near to 4GB in size, so downloading it on a fast and stable connection is highly recommended. If you’re out of Europe, don’t worry, since the update availability is likely to be expanded to more Huawei Mate 10 devices on other regions. 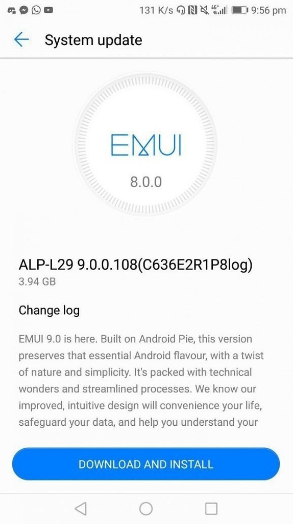 Huawei already confirmed that nine devices from the Huawei and Honor series would receive the Android 9.0 Pie update, these devices are namely:

While some devices of this list have already received the promised EMUI 9 based ROM, others should receive it until the end of 2018, or perhaps early on 2019. Let’s see how Huawei will keep its schedule for the Pie update.