The rise in popularity of the -not so new in the market- Leagoo is quite easy to explain. They currently produce several series of smartphones – a quite large portfolio of devices indeed– like Alfa series, Elite series, M-series, Shark, T-series, V-series and Z-series, but each one of their models -within its price range- offers the best combination of good performance, interesting design and an affordable price tag, which – in some cases- could be considered as a bargain. 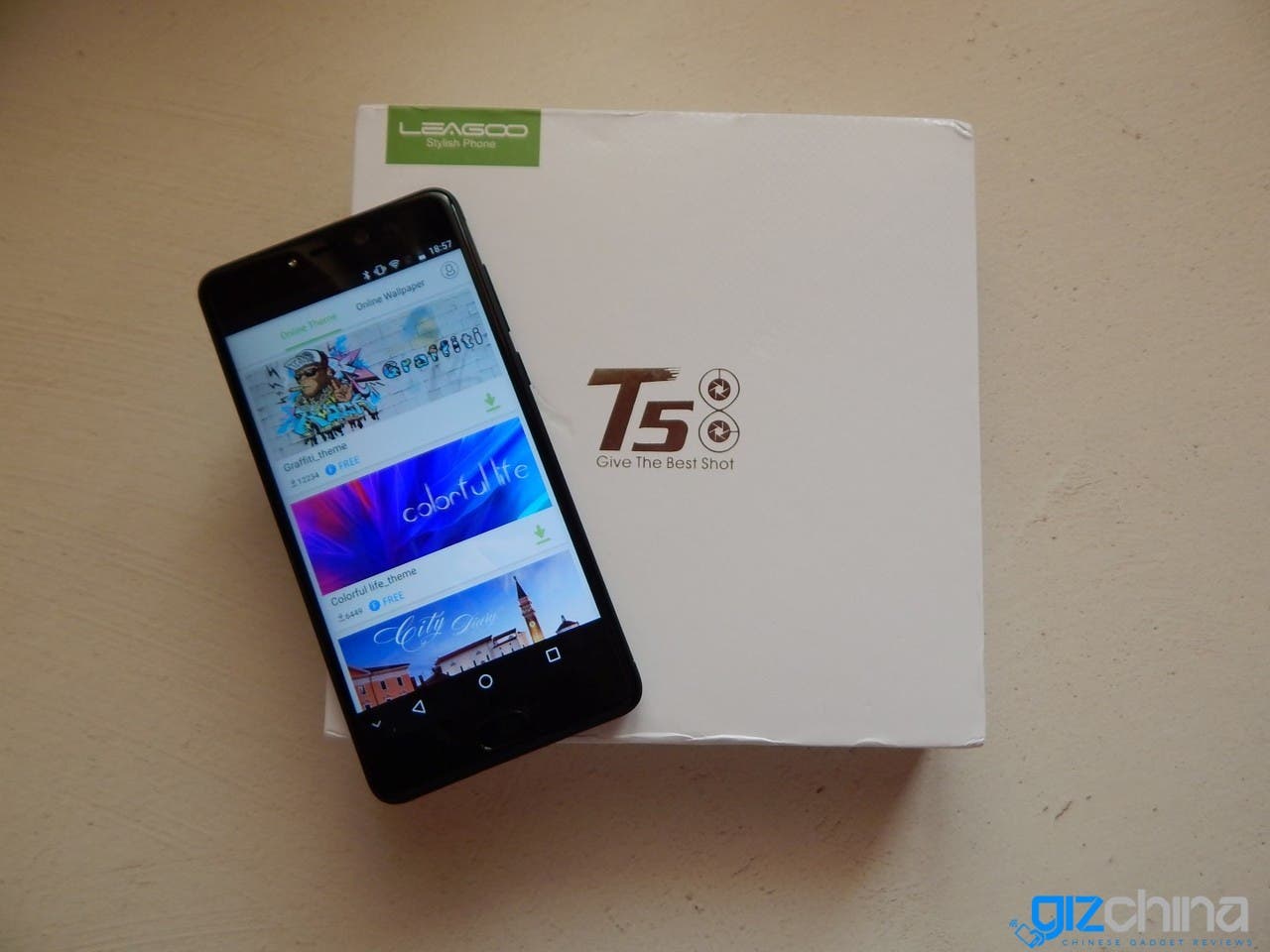 Leagoo T5 is one of their most interesting – and worth buying- models, that offers quite adequate performance, running on Android 7.0 Nougat, along with a mediocre MT6750T chipset, 4GB of RAM and a dual camera setup on its back. It’s available at a really affordable price – when compared to its specs- and can easily become one of those models that belong into the competitive market. Let’s take a close look at its features and functions. 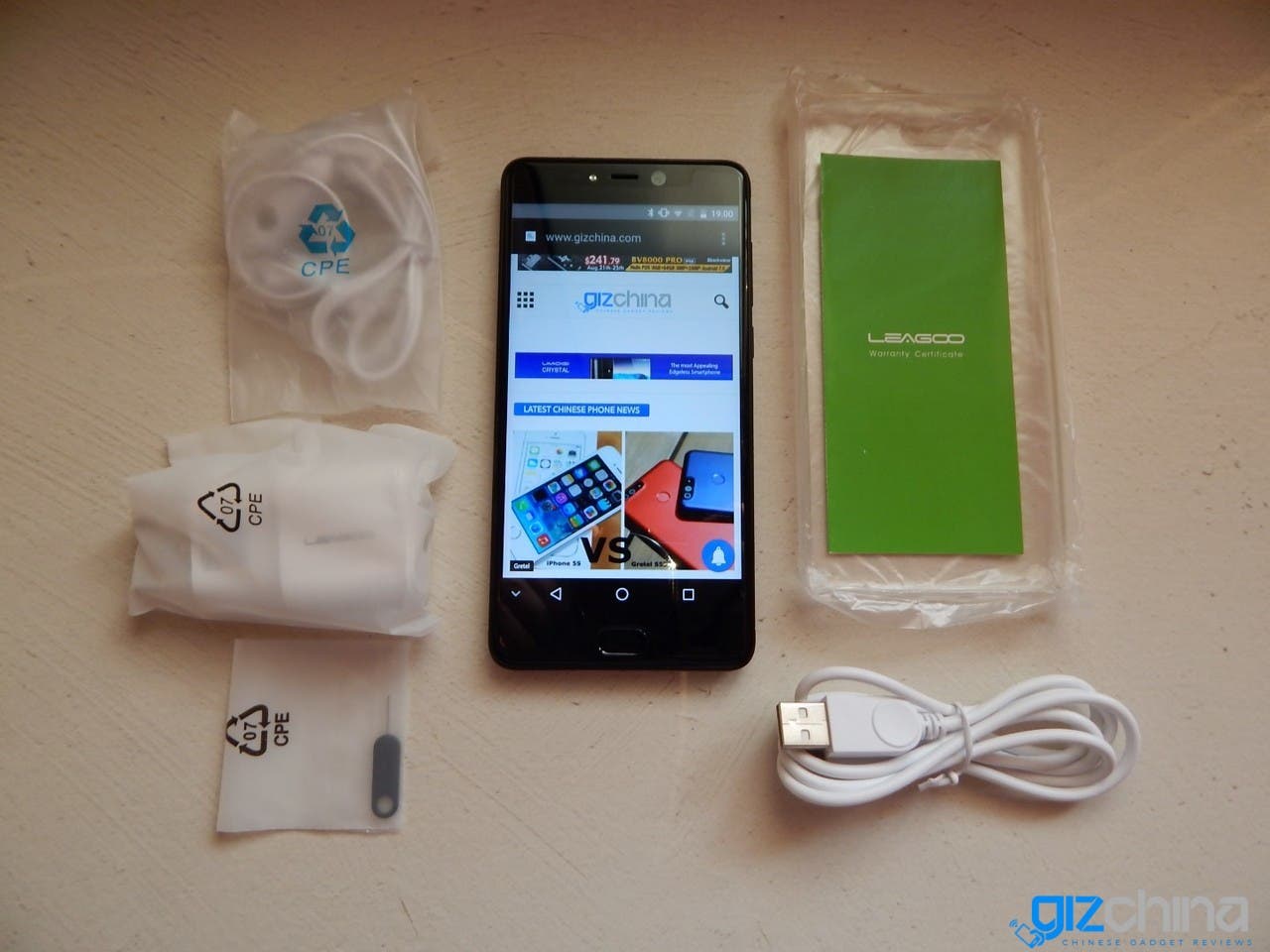 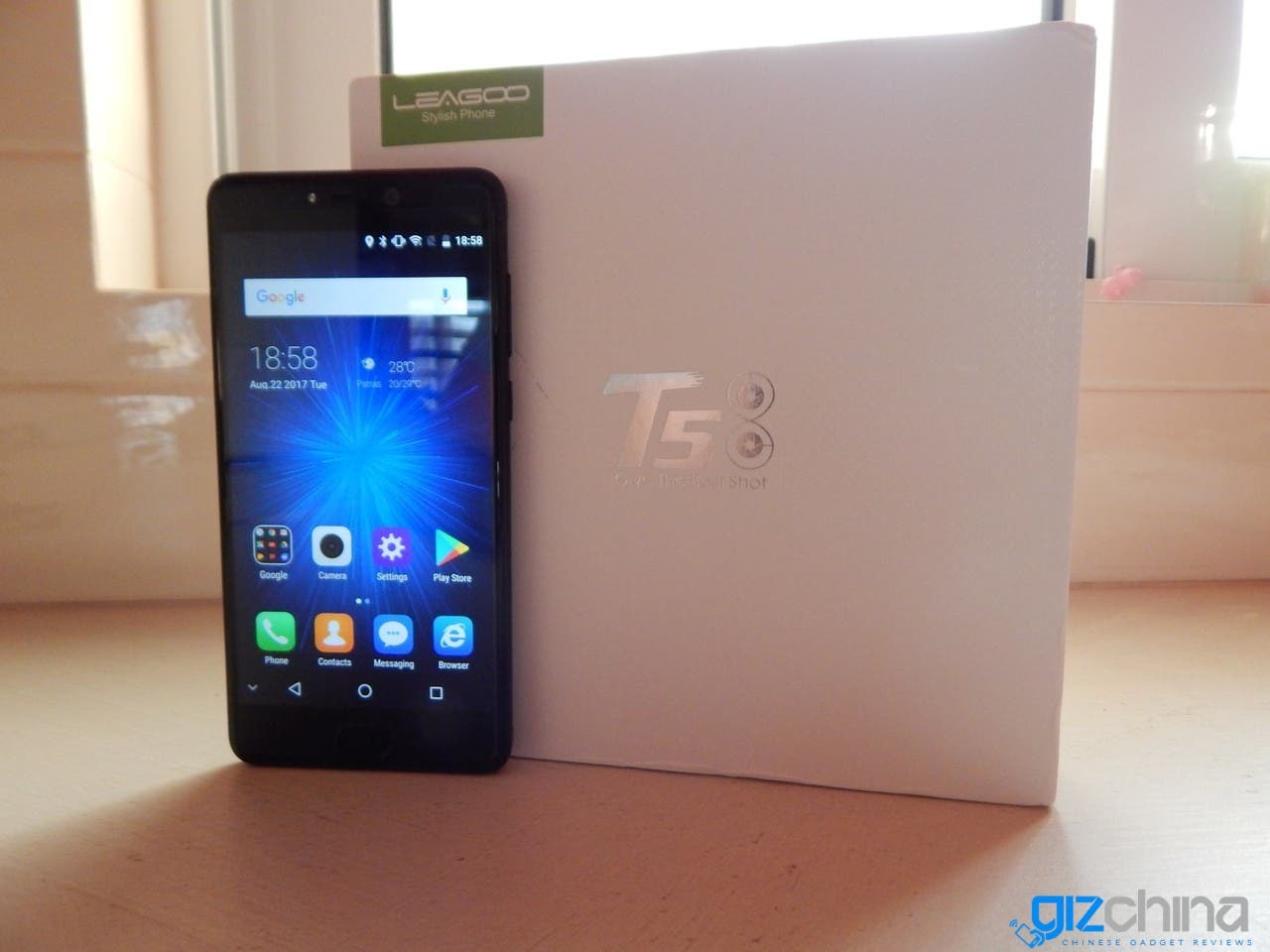 I have to be honest, I enjoyed the basic design of the T5 model. The phone is available in 2 color variants which are mainly: Black and Champagne and I got the first one. It surely looks impressive thanks to its metallic build and its overall design that allows for excellent grip and usability. Note that the back side of the device is made out of matte aircraft-aluminum alloy which improves its durability and enhances the whole “appearance” factor but its surely a fingerprint “magnet”, attracting a lot of unnecessary smudges.

Leagoo has ditched the plastic casing and has given a chance to the CNC and NANO metal body, providing the device with 7.9mm of thickness, 15.30 x 7.61 x 0.79 cm dimensions and 160 gr. weight. On the front it has a front camera and a home button, on the back side, it has dual rear camera, LED flash light, very simple design, but superior quality. 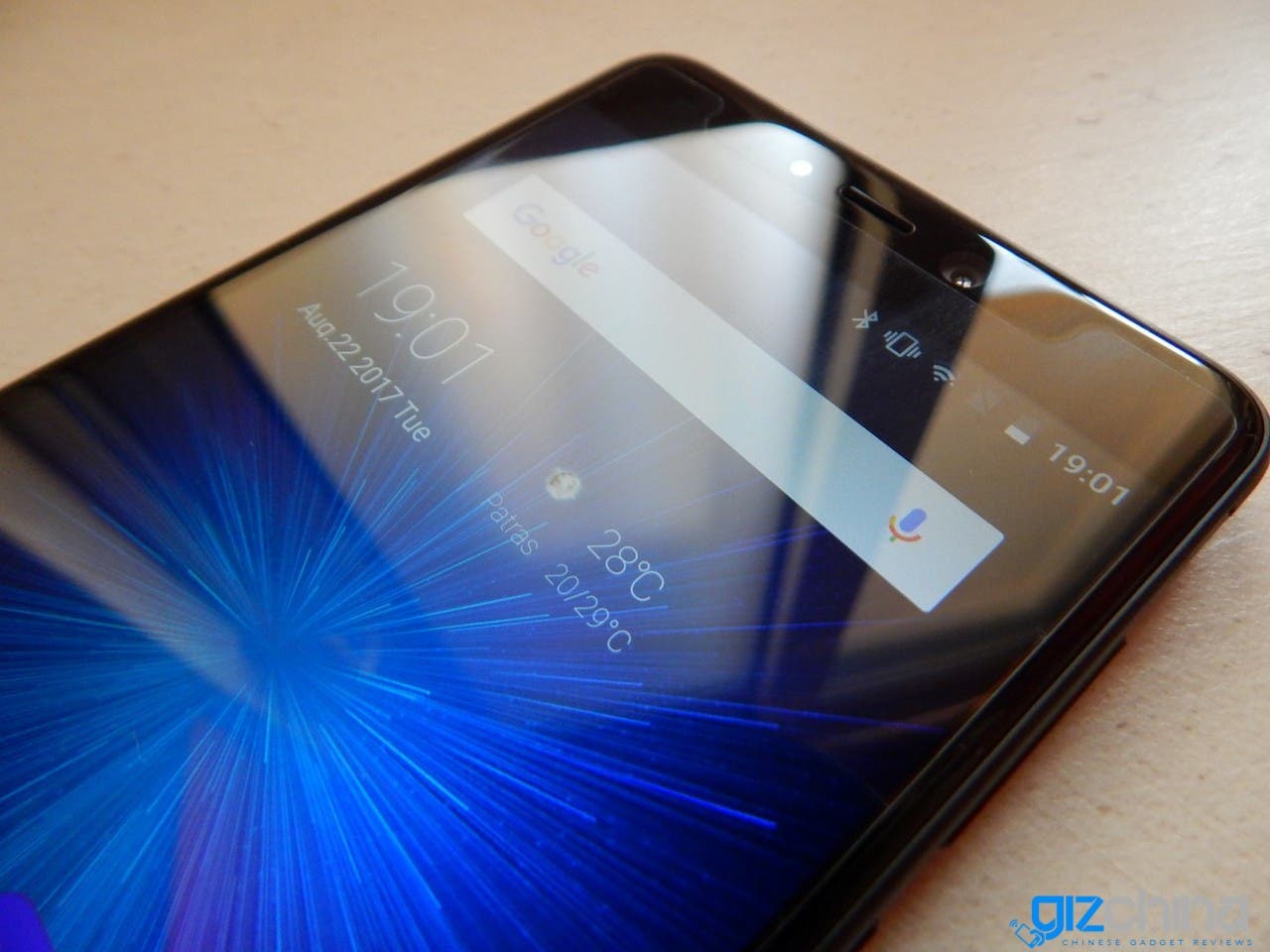 The device comes with a really impressive 5,5 inch display with 2.5D glass and FHD resolution (1920x1080p) with decent luminosity during sunny days, along with 178 degrees of viewing angle. It has a whopping 400.93 PPI with multi touch capacitive ability, however, it comes equipped with a scratch –resistant screen and not a Gorilla Glass cover, so be careful – it’s not as durable as one would expect. 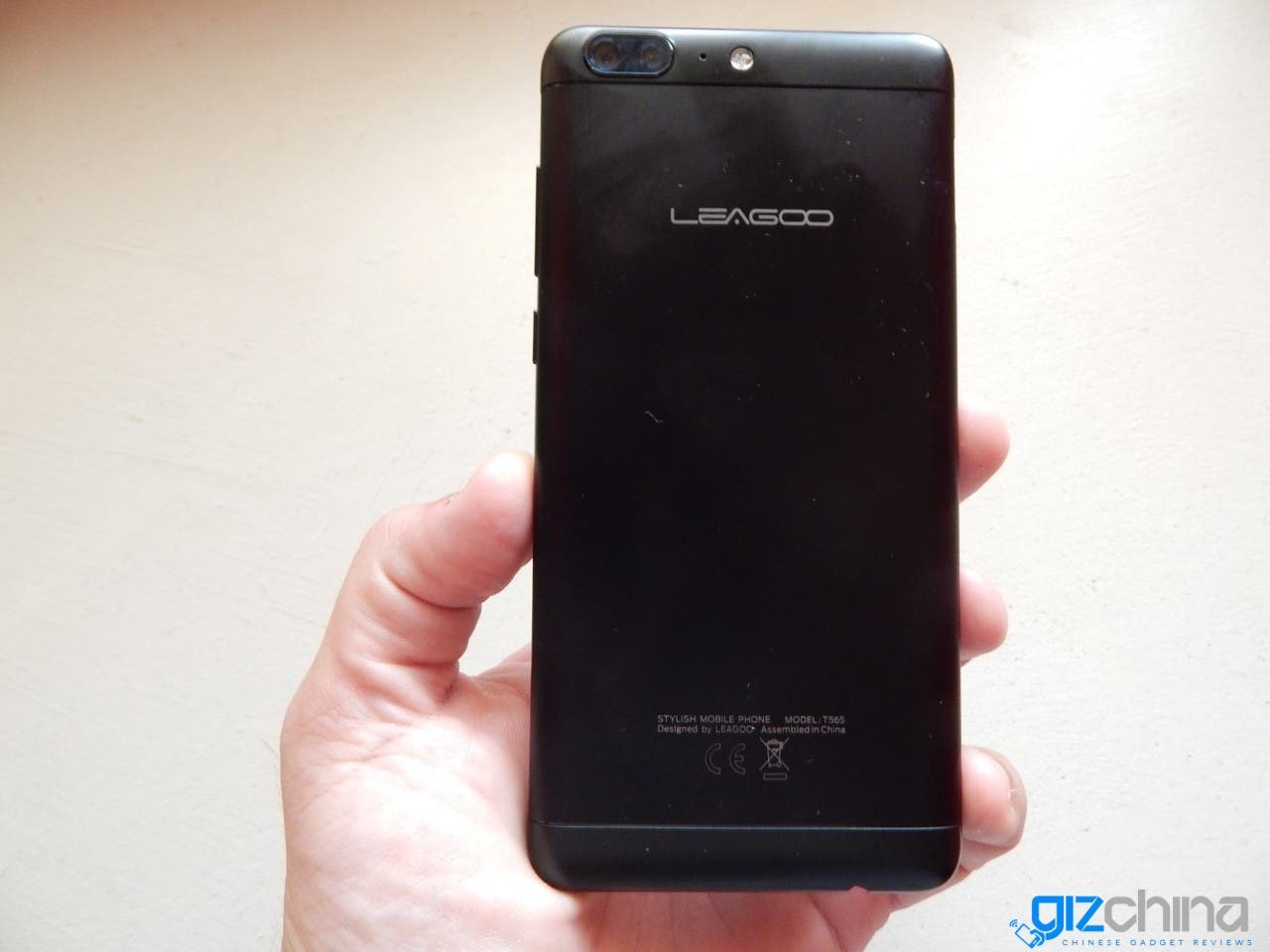 The colors of the display may be rather saturated, but the images are crisp, with good viewing angles and a fully responsive panel if I may add. All in all a decent display – especially for a smartphone on this price range. 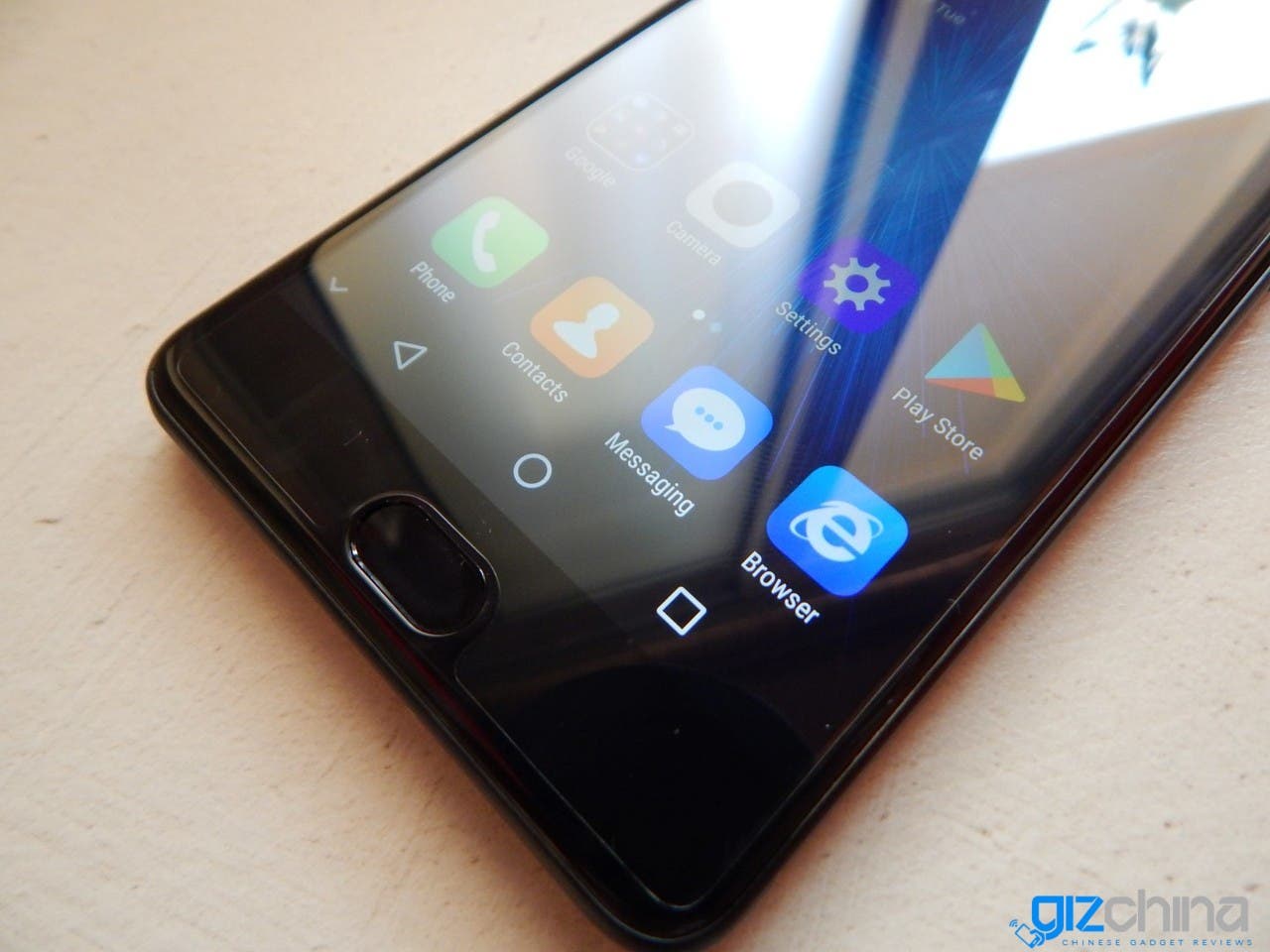 Just below the display you will also find a fingerprint sensor which proves to be rather fast. It can unlock the phone in less than 0.1 second with almost 97% success rate. It can basically store up to 5 different fingerprints and can recognize them all from 360 degrees, something that’s a standard nowadays. 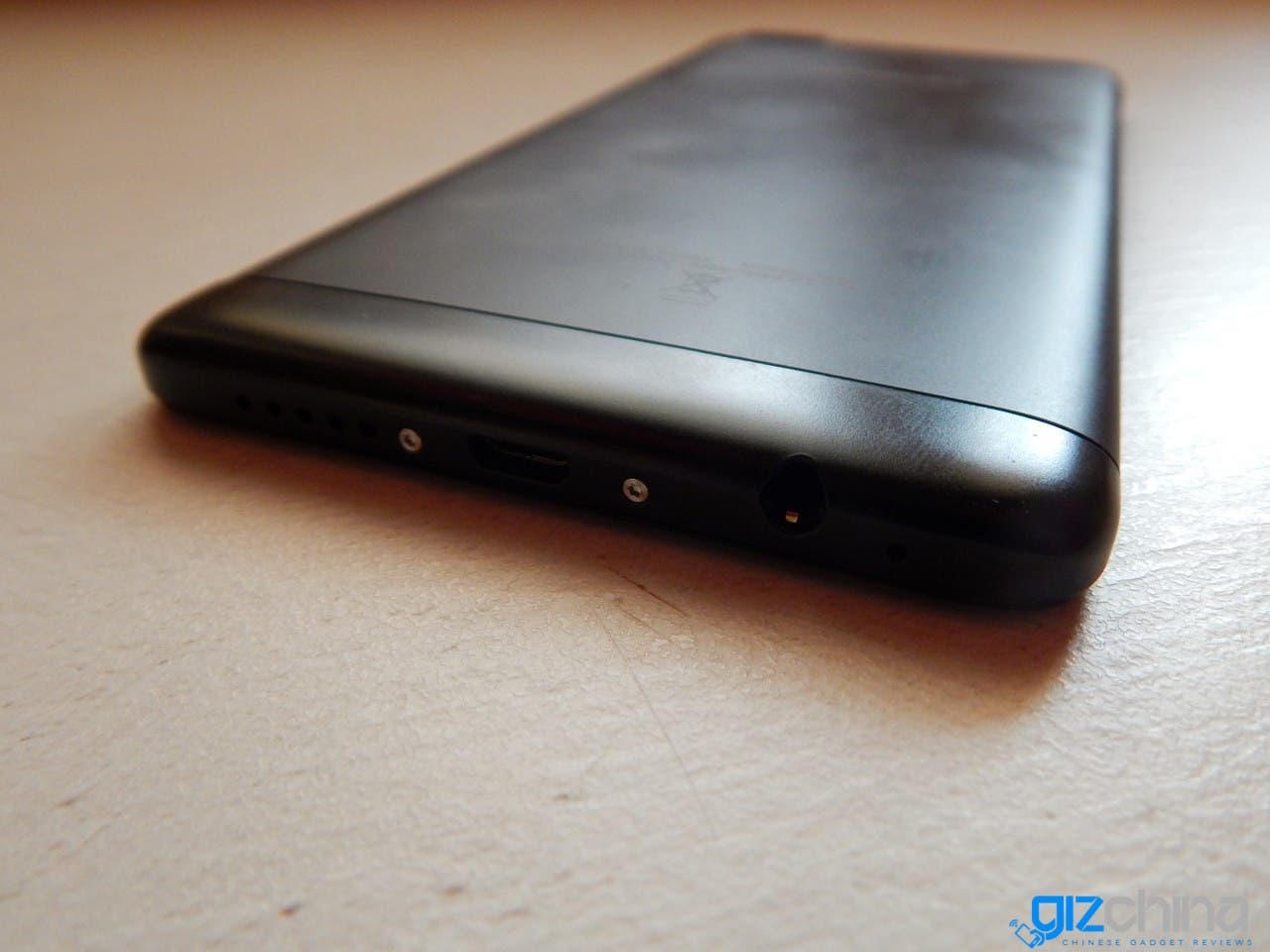 When it comes to hardware, the Leagoo T5 has adequate specs for its price. It comes with a relatively old MTK6750T Octa Core (1.5GHz) processor, along with 4GB RAM and 64GB of internal storage, expandable via microSD card up to 256GB. The available RAM is plenty enough for you to run all your day to day apps very smoothly, and the gaming performance is decent if you play games like Asphalt 8 on medium graphics. Still, you should expect some skipped frames but no significant lag.

It offers a rather decent user experience with good multi-tasking, enabling users to keep several applications open in the background with no significant impact on its everyday performance. To confirm our deductions, do have a look at the benchmark results of the device as they appear above, showing the Leagoo T5 scoring 41615 points in AnTuTu.

I didn’t have any issues with GPS related apps, as the phone was connected to more than 12-13 of the available satellites every time. It could be connected to more I guess, in order to offer even better results when scanning for our location. In any case it still offered great global positioning services, no complains at all. 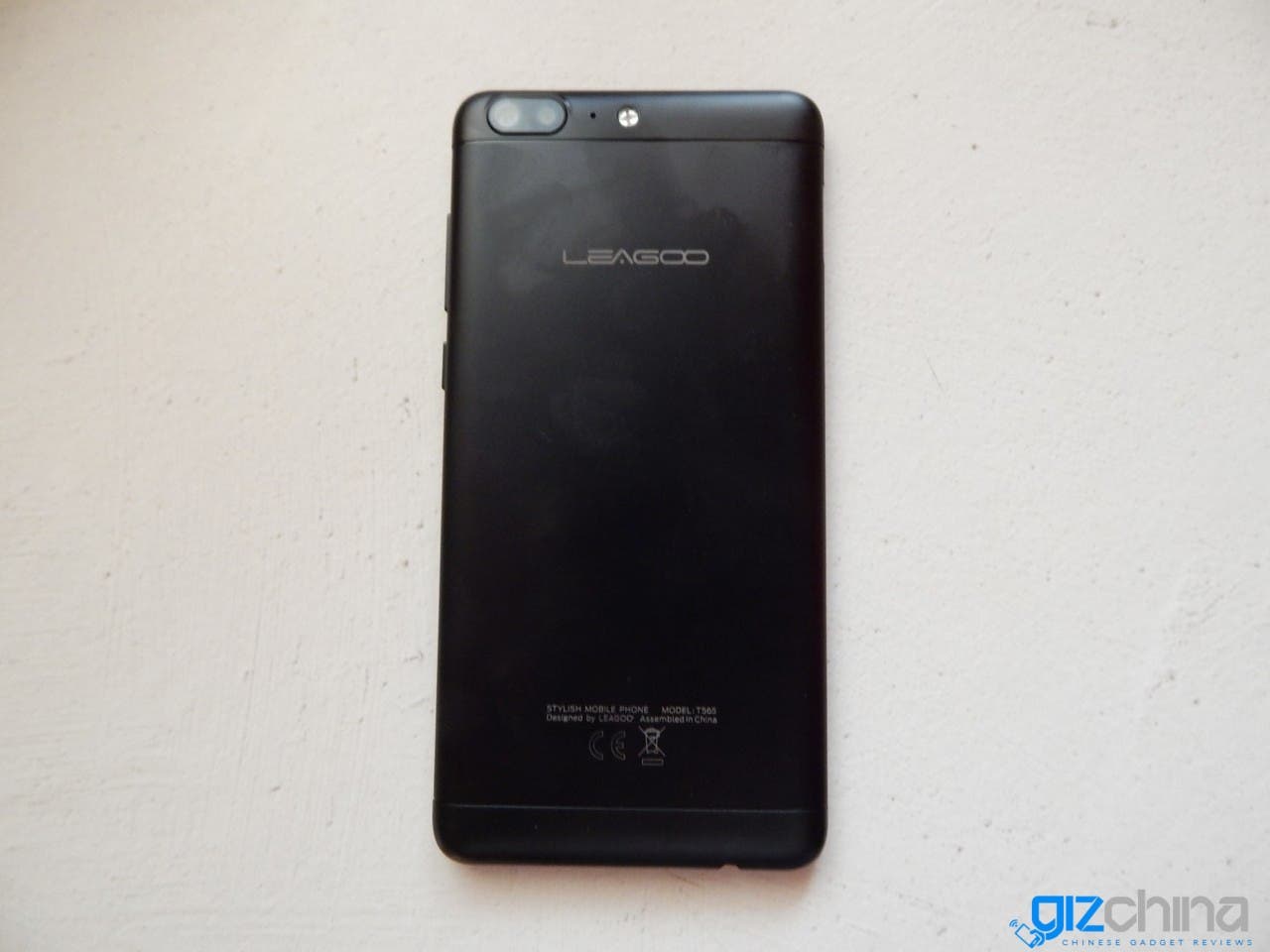 I guess you already know it, but I will say it one more time. The Leagoo T5 is a 4G/LTE smartphone with acceptable performance when it comes to LTE networks, achieving average data speeds of 45-55Mbps that surely offer a decent feeling when you use it, along with great performance in everyday use. It has good GSM/WCDMA/LTE signal reception with flawless handovers and no dropped calls – during my tests that is. 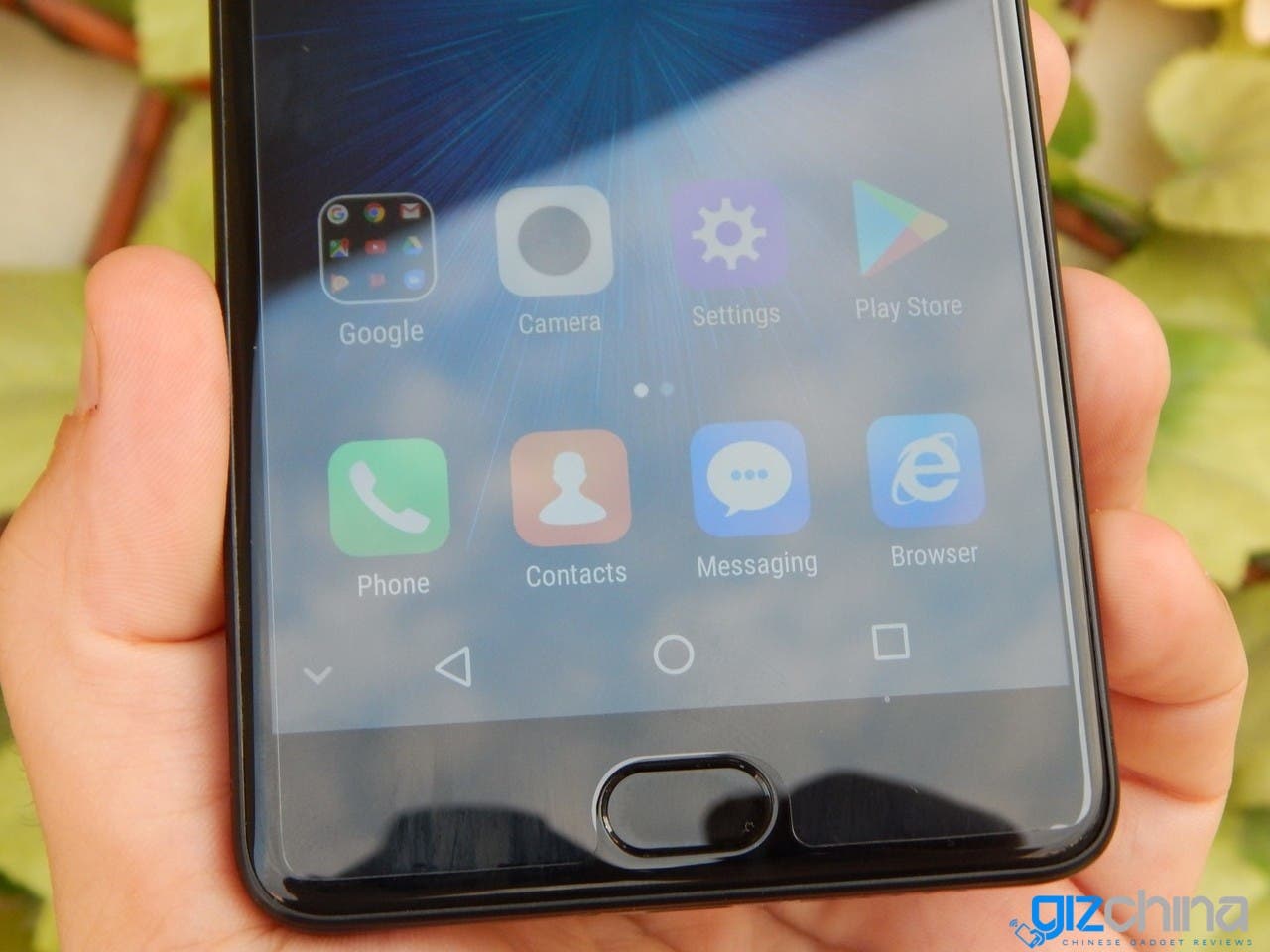 The Leagoo T5 runs on Android 7.0 Nougat but we have no official confirmation on when (and if) the company plans to upgrade it to Android 7.1.2 or (one can hope) Android O. In any case, the Android 7.0 gives you more control on the smartphone and also lets you customize the phone just like any other Nougat based smartphone.

There is no bloatware or other unnecessary apps inside, it supports all the classic Nougat features but the UI has been tampered a bit by Leagoo. There’s themes support with certain pre installed themes waiting for us when we first boot up, along with some few widgets for the weather, time etc.

All in all this extra customization doesn’t seem to affect the performance of the device. Don’t forget it has 4GB of RAM, which is more than enough and offers decent everyday use for a novice Android user, as long as you don’t choose to put any extra pressure on it with severe multi-tasking, more than 6-7 apps opened simultaneously etc. It’s not a phone for the demanding power users, you’ve been warned. 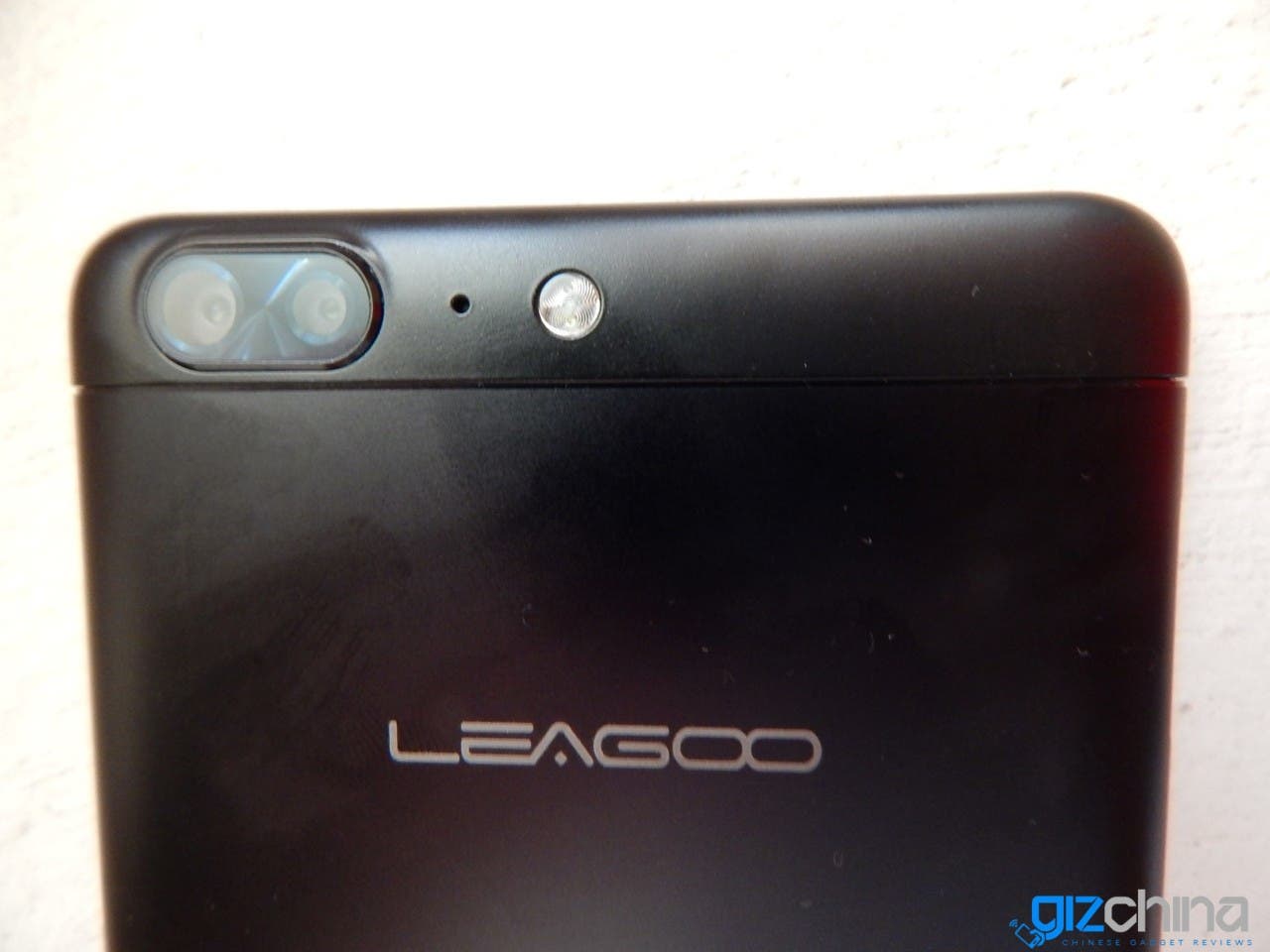 I guess we all know by now that the Leagoo T5 comes with dual cameras on its rear which are 13.0MP and 5.0MP in resolution, with dual flashes too and on the front, there is a 13.0 MP selfie camera, a treat for selfie lovers. For the dual camera fans, note that one camera sensor is used for creating the bokeh effect and the other will capture the image with quite impressive portrait photos, but average performance in low light conditions.

The OV 13MP sensor technology is the main reason why the camera turns the most lifeless things into jovial ones. A special soft light for the selfies is provided in the front camera of the phone. The soft light would help to have the brighter picture with the more defined look. You can shoot photos at 77.9 wide angles, and the 1.12um pixel size of the main sensor can result in good photos given its price tag. There is an extra instant beauty mode that would remove away all possible glitches from your selfies and turn them into highly beautiful ones. The selfie fans will surely love it.

Both cameras have independent vision processing unit, which enables background blurring in real time. It also allows you to choose where to focus (touch focus/autofucus) and where to blur, with the ability to adjust the intensity of blurring, too. All of the above however are typical for this type of phones, and the final verdict is that using the Leagoo T5 you will be able to capture decent photos in daylight conditions but not that impressive photos during low light conditions.

The LED flash works OK in close ups, portraits or distances up to 1 meter but it won’t do you any good if your subject is a bit further. Have a look at our photo samples by clicking on the image below: 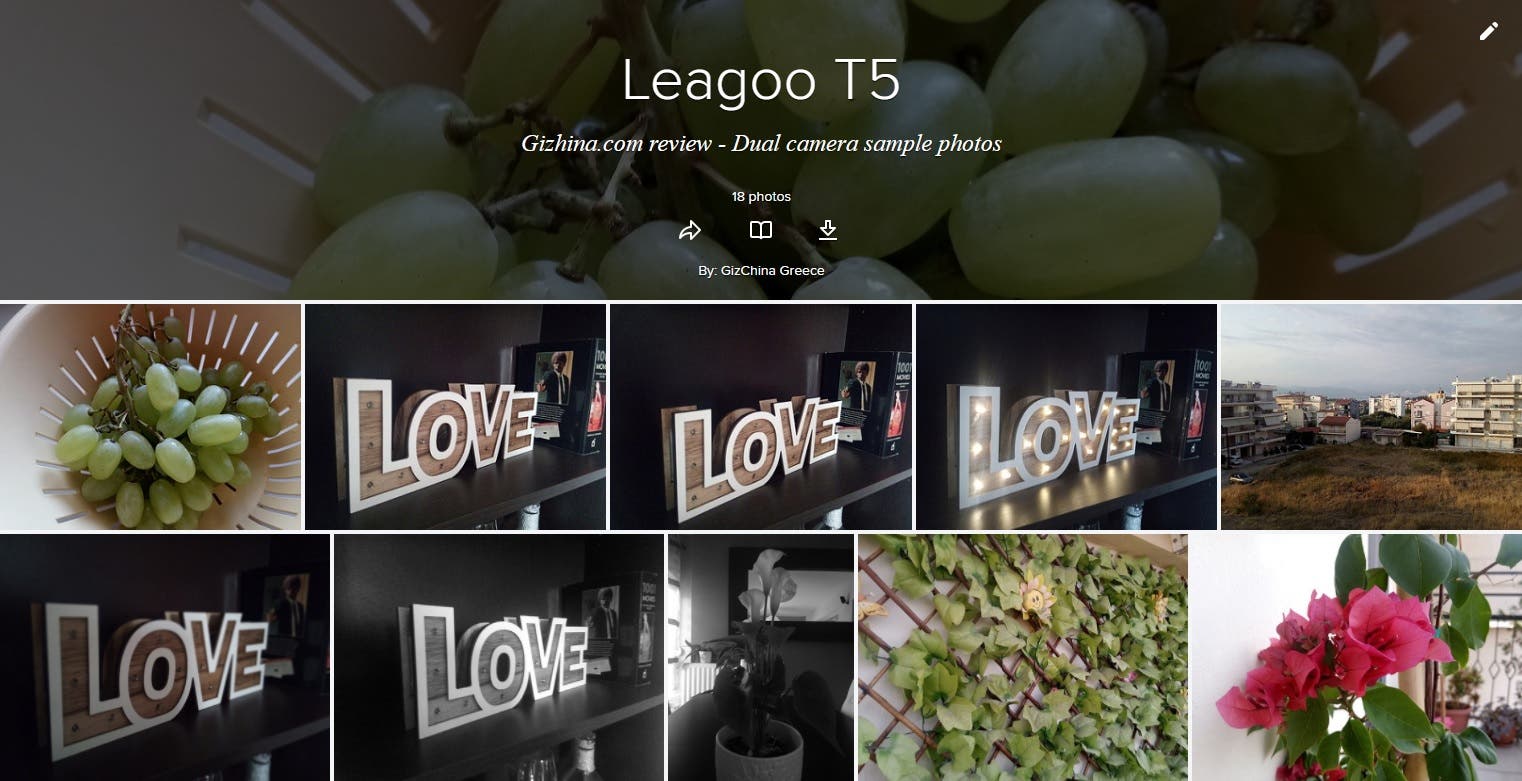 The Leagoo T5 is equipped with a relatively average 3000mAh battery but numbers don’t mean anything in this case. The device comes with an energy efficient processor and -in general- it performs well providing a full day’s usage with no problems and perhaps a bit more if you are able to be gentle with it. 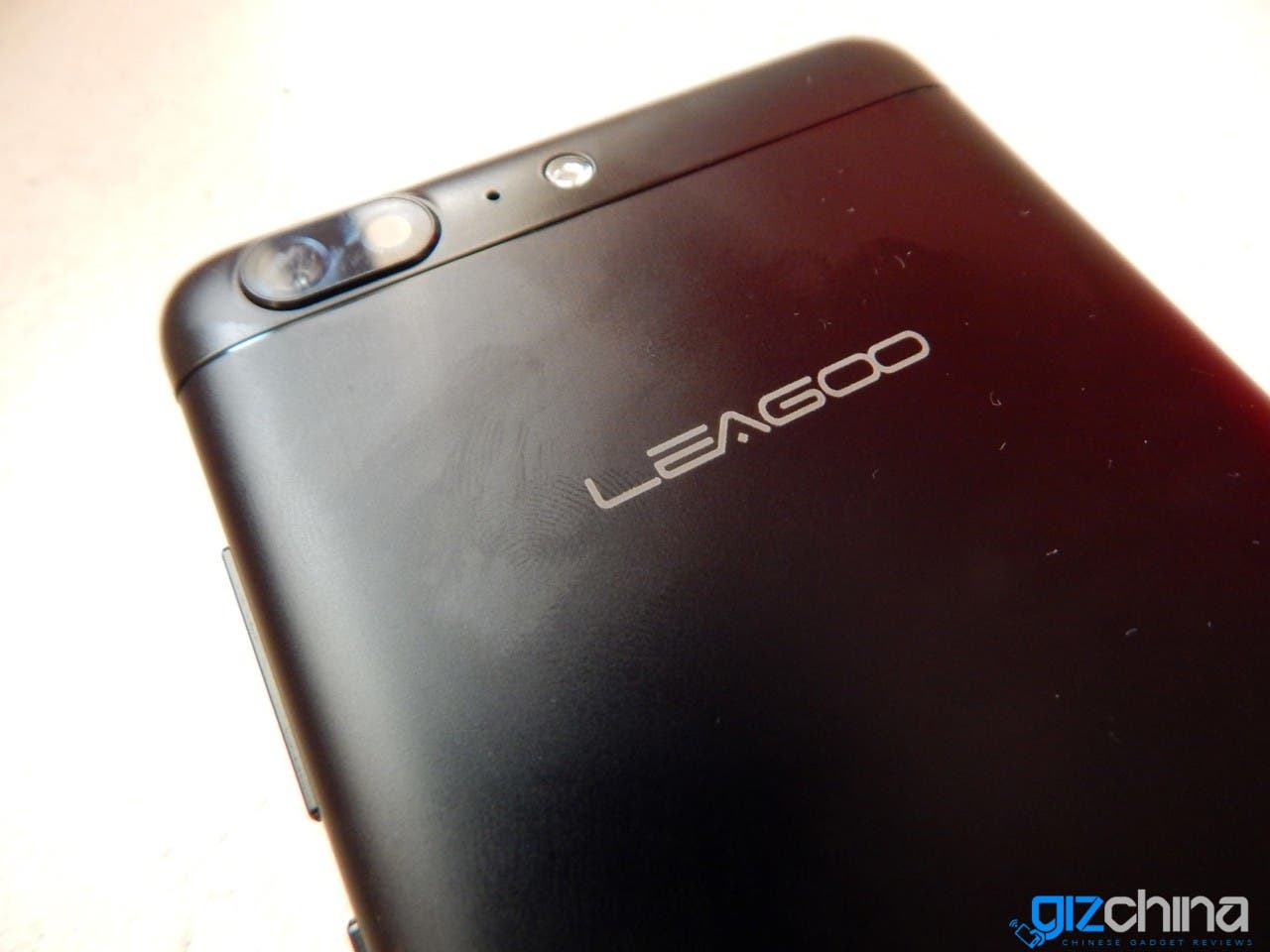 All in all we have a winner here, a mid-range smartphone with decent standby times if you’re an average user (6 hours of active screen) but the fact that it doesn’t support some type of quick charging is a bit disappointing. On the other hand it costs just 129,99$ so I guess it’s something we can live without ? 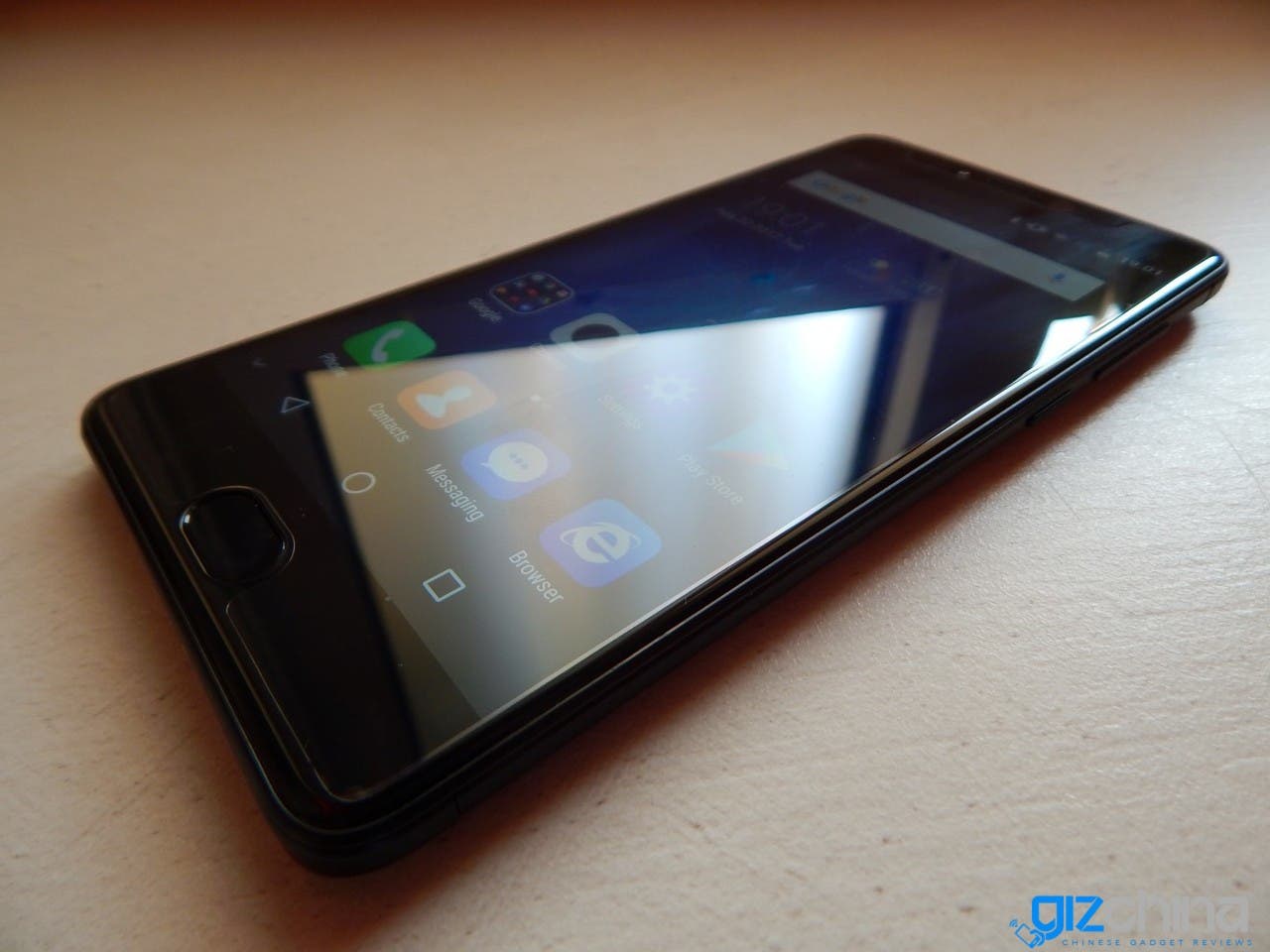 I really enjoyed this small beauty from Leagoo. It’s not featured as the super wow dual camera phone that everyone should buy, no. It’s an average dual camera phone, with good photos in daylight conditions, adequate photos in low light conditions and… below average videos. It offers however excellent battery consumption, good performance for the average Android user and quite impressive build quality. 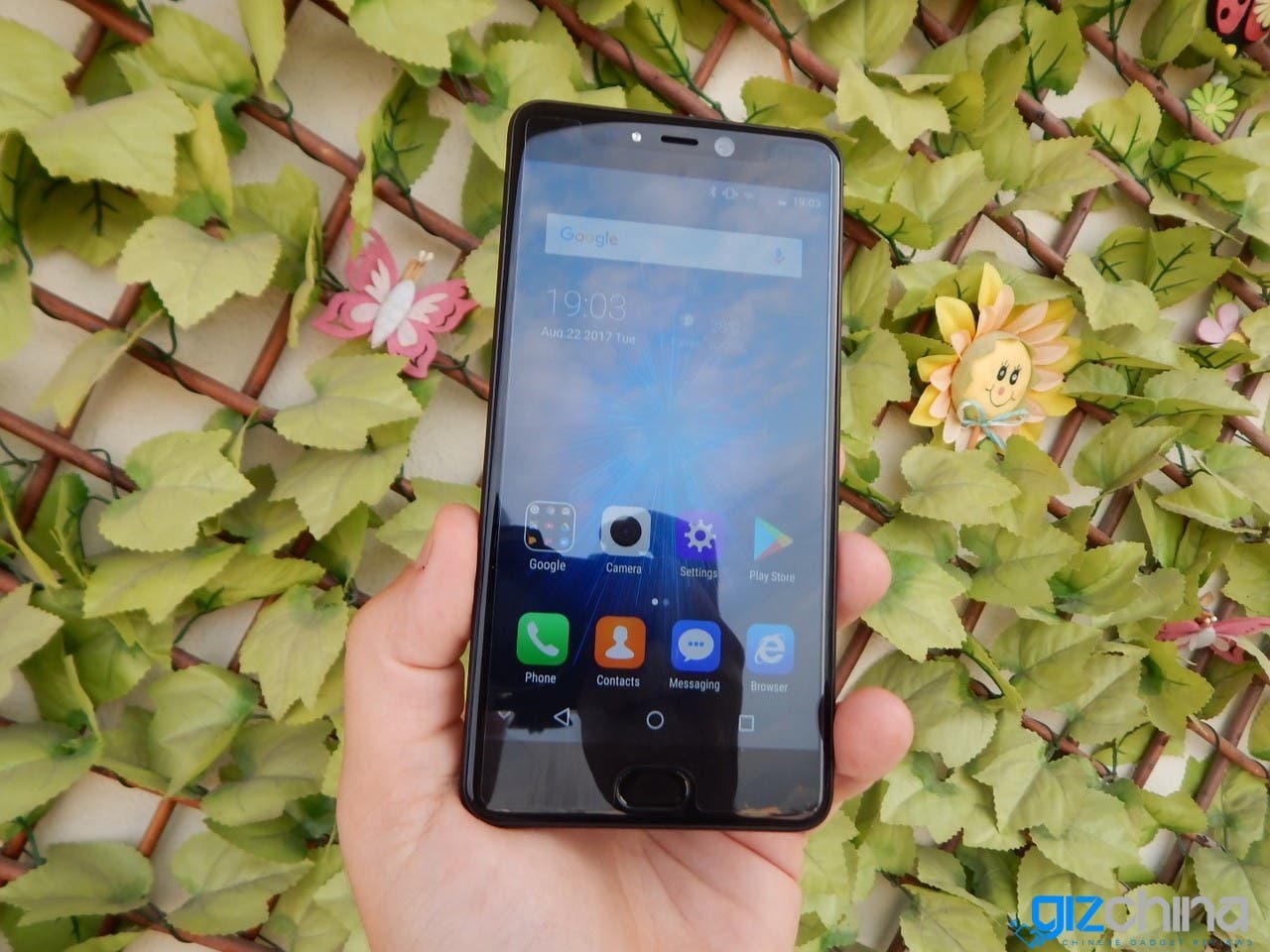 I loved the display, some of its usability features, its battery performance and of course the price tag, especially when compared to its basic specs. If you’re in the market for an affordable 4GB RAM/64GB ROM, dual camera smartphone with impressive display and great build quality then the Leagoo T5 should definitely be among your top choices.

Next Ulefone Snap Deals and More on AliExpress - Starting at $9.84