A recent leak from Thailand should prepare us for the upcoming launch of Samsung’s next dual camera smartphone, called Galaxy J7 Plus (also known as a Galaxy J7 2017 with dual camera). 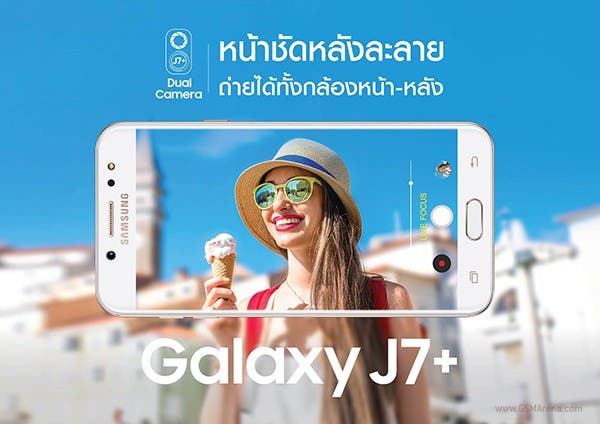 According to the promo leak, the upcoming Galaxy model is expected to pack a dual camera on its back, consisting of a 13MP f/1.7 snapper and a 5MP f/1.9 second unit. According to rumors, it will support Samsung’s Live Focus portrait mode – the same the Galaxy Note8 model has-and it is expected to use a 16MP selfie shooter to… take advantage of its features.

No changes on its other specs: it will pack a 5,5 inch Super AMOLED display with fullHD (1080p) resolution, an Exynos 7870 octa core chipset (the same we find in the Galaxy J7 2017 model) along with 4GB of RAM and 32GB of (expandable) internal storage.

The most awaited model will also have a fingerprint sensor embedded in its home button, dual SIM support and a 3000 mAh battery. Thailand will be the first country to… enjoy it, in 3 color variants (Gold, Pink, Black) and an unknown price – yet.