The UMIDIGI S2 Pro is one of the latest 18:9 display aspect ratio phones, as such it also features really thing top and bottom bezels. That’s why UMIDIGI decided to compare it against still one of the best smartphones on the market – at least until the next iPhone comes out, the iPhone 6 Plus. Let’s watch the video below!

So, as you could expect with a smartphone with a good screen-to-body ratio against any iphone, the UMIDIGI S2 Pro looks definitely better. You get a much bigger display 5.99-inch in around the same body of a 5.5″, it also looks slimmer on the sides so it’ll be easier to hold.

If you’re interested in numbers, the S2 Pro sports almost 90% screen-to-body ratio, which is quite impressive considering the handset will probably cost you three or four times less than the competitor. Lastly, the UMIDIGI phone also packs a massive 5100mAh capacity battery against the 2915mAh present on the iPhone 6 Plus, but that doesn’t seem to make it much thicker than the latter. 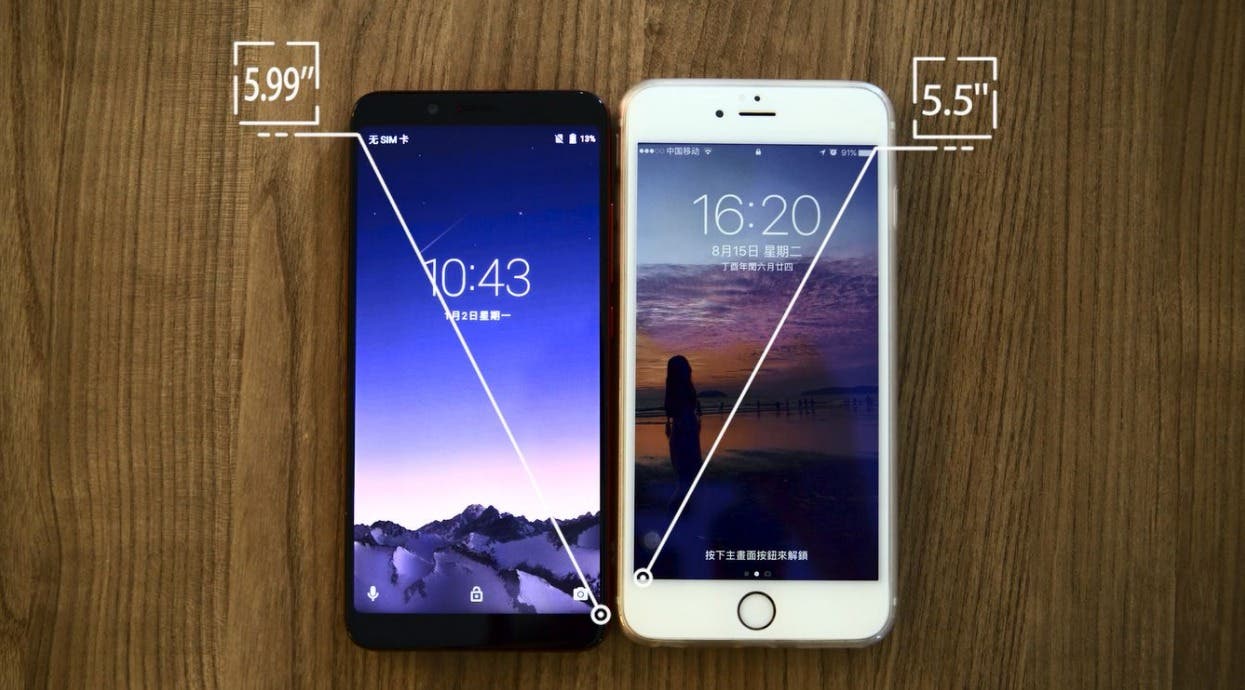 You can learn more about the UMIDIGI S2 Pro on the official website. Once you’re there you can also enter the giveaway to win one for free.