It has been a long time coming, but we finally now know for certain that the new Gionee M7 will be a full-screen smartphone!

Following in the footsteps of Xiaomi, Samsung, and Apple, Gionee has now confirmed in a new teaser that the upcoming Gionee M7 will also be an edge-to-edge full display smartphone. 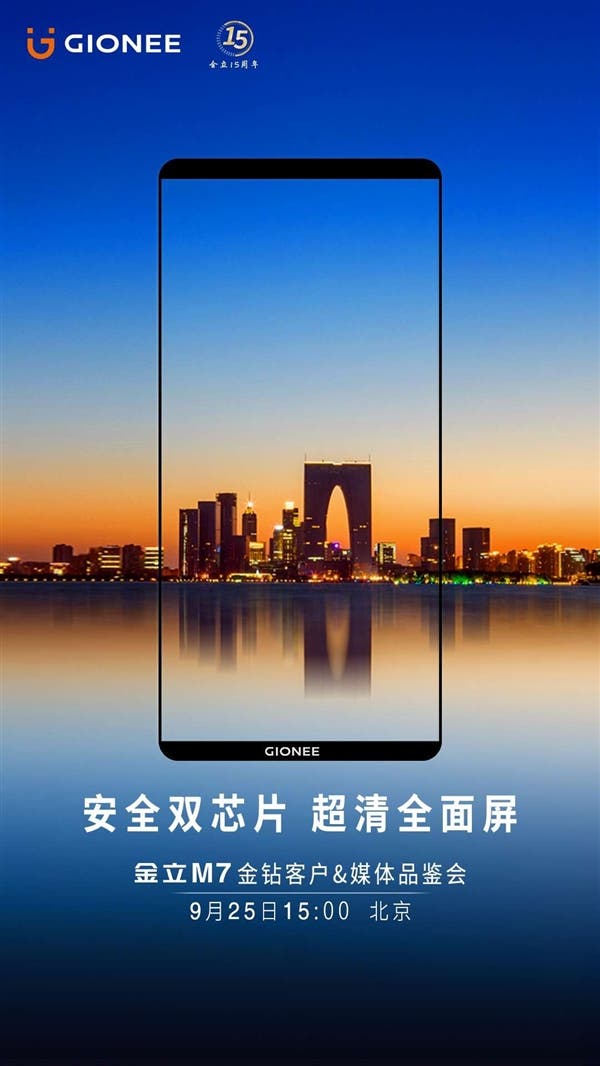 The confirmation comes in the form of a new teaser announcing the launch date of the Gionee M7 as the 25th September and shows the outline of a phone with extremely narrow bezels all around the phone and a simple Gionee logo on the chin.

At the Beijing launch on the 25th of this month, we expect to learn that the Gionee M7 is a flagship standard phone manufactured with an all-metal body with a brushed finish on the rear. The phone uses a 5inch 2160 x 1080 display and is powered by a Mediatek Helio P30 chipset rather than a Qualcomm chip and also boasts 6GB RAM and 64GB internal memory.

A rear photo of the phone confirms that the back of the device will be home to a fingerprint scanner dual rear cameras and LED flash. Camera specifications are said to include a 16 megapixel rear camera (we’re unsure if both with be 16mp) and a front 8 megapixel sensor.

Next Nokia 9 renders leak, they hint at its bezel-less design!