The mysterious Xiaomi Chiron device appeared once again earlier today on GFXbench and revealed some of its specs, even though we have no idea what type of phone it is, where in the market it’s aimed at etc. 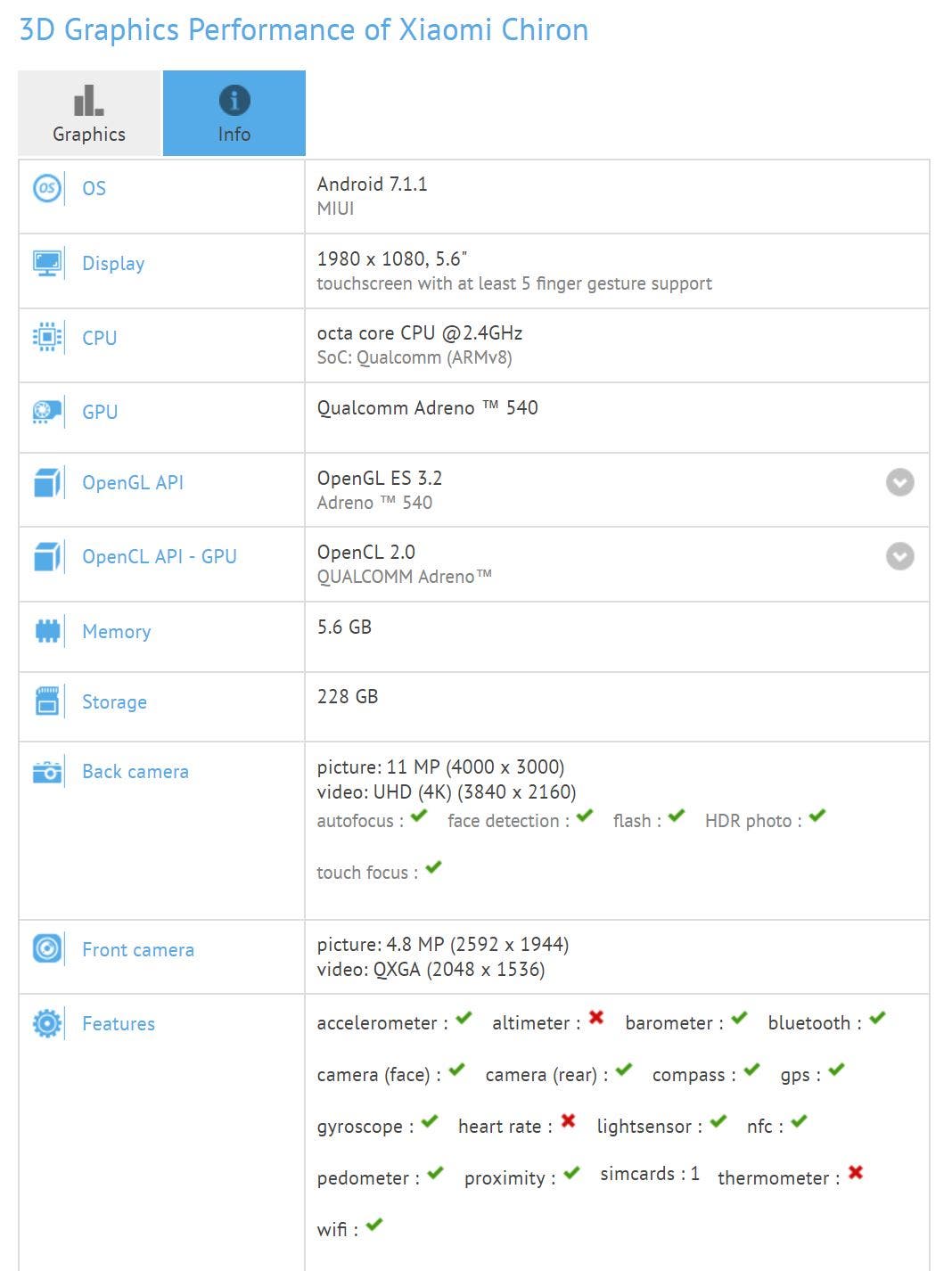 Most of you might remember that it was previously rumored to be the Mi Mix 2 model, but this isn’t the case and now some rumors insist that this is the long forgotten Xiaomi Mi 6 Plus model we’ve been waiting to see. In any case, what we do know for sure – from its GFXbench listing – is that it ships with a 5.6-inch display panel with a resolution of 1,920 by 1,080 pixels amounting to a conventional widescreen aspect ratio of 16:9. In contrast, the Mi MIX 2 boasts a 5.99-inch FHD+ screen which utilizes a taller 18:9 image format.

The Chiron is equipped with a Snapdragon 835 SoC, 6GB of RAM and 256GB of internal flash memory. It packs a dual camera (possibly) on its back with a 12MP main sensor and a secondary one with QXGA (2,048 x 1,536) resolution, along with a 5MP third selfie camera placed in front. Rumors suggest that it’s a high end camera phone, with autofocus, HDR, and face detection support, in addition to being able to record 4K content.

During its GFXbench listing, the device was spotted running on Android 7.1.1 Nougat with Xiaomi’s proprietary MIUI skin, presumably MIUI 9. NFC seems to be part of the package along with a Qualcomm Adreno 540 GPU of course.

That’s all we know so far about this Xiaomi Chiron, we’ll be right here to let you know if something new comes up as always.

Next Gionee Goes Full Screen With The Gionee M7