It seems that Xiaomi India is doing at least something great, because their sales during the past few days are… completely off the charts! 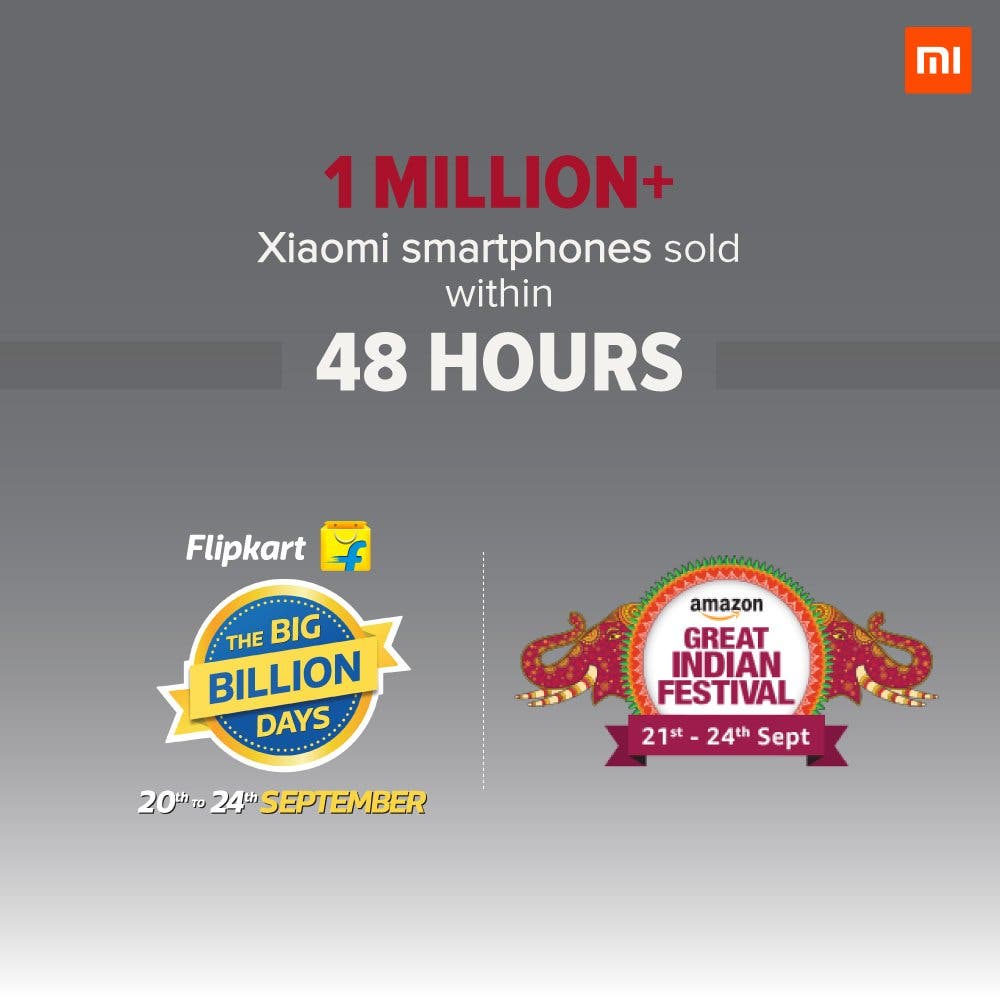 According to an official announcement that Xiaomi India made via Twitter, the company managed to sell more than 1 million phones in Flipkart and Amazon India in just 48 hours. Xiaomi also released the stats for the sales. The Redmi Note 4 was the highest selling smartphone on Flipkart. On Amazon, the lower priced Redmi 4 and Redmi 4A were the bestsellers.

This won’t be the only Mi Promo for the month of September. Starting 27th of September, Xiaomi will begin its DiwaliWithMi promo which will have several of its products discounted.