It’s no more news that a Nokia phone dubbed Nokia 2 is in the offing as revealed by various certification and Benchmark sites. Now, as per a report emanating from Myanmar, operators of the Country’s official Nokia Facebook page in a reply to a question asked by its fan have hinted the Nokia 2 will be available in the country in the month of November.

As it is evident from the snap shot below, the source didn’t give further details about the Nokia 2, but we are quite sure the device will be unveiled in other countries before November before it finds its way to the Southeastern Asian country of Myanmar in November.

The device when announced will be HMD Global’s fifth Nokia branded phone and will be arriving as an entry level phone.

As per previous rumors and information from various certification sites, the Nokia 2 will come with a massive 4000mAh battery which probably could be one of its selling point. Benchmark listing also reveals the Nokia 2 will come with a compact 4.7-inch IPS LCD display with 1280×720 pixels HD resolutions and aspect ratio of 16:9. A 1.27GHz Snapdragon 210 SoC with 1GB of RAM and 8GB of internal flash memory with stock Android 7.1 Nougat are all expected to be on board.

The device been a budget phones is expected to retail at a very affordable price point and will therefore be targeted at emerging markets with very low purchasing power. 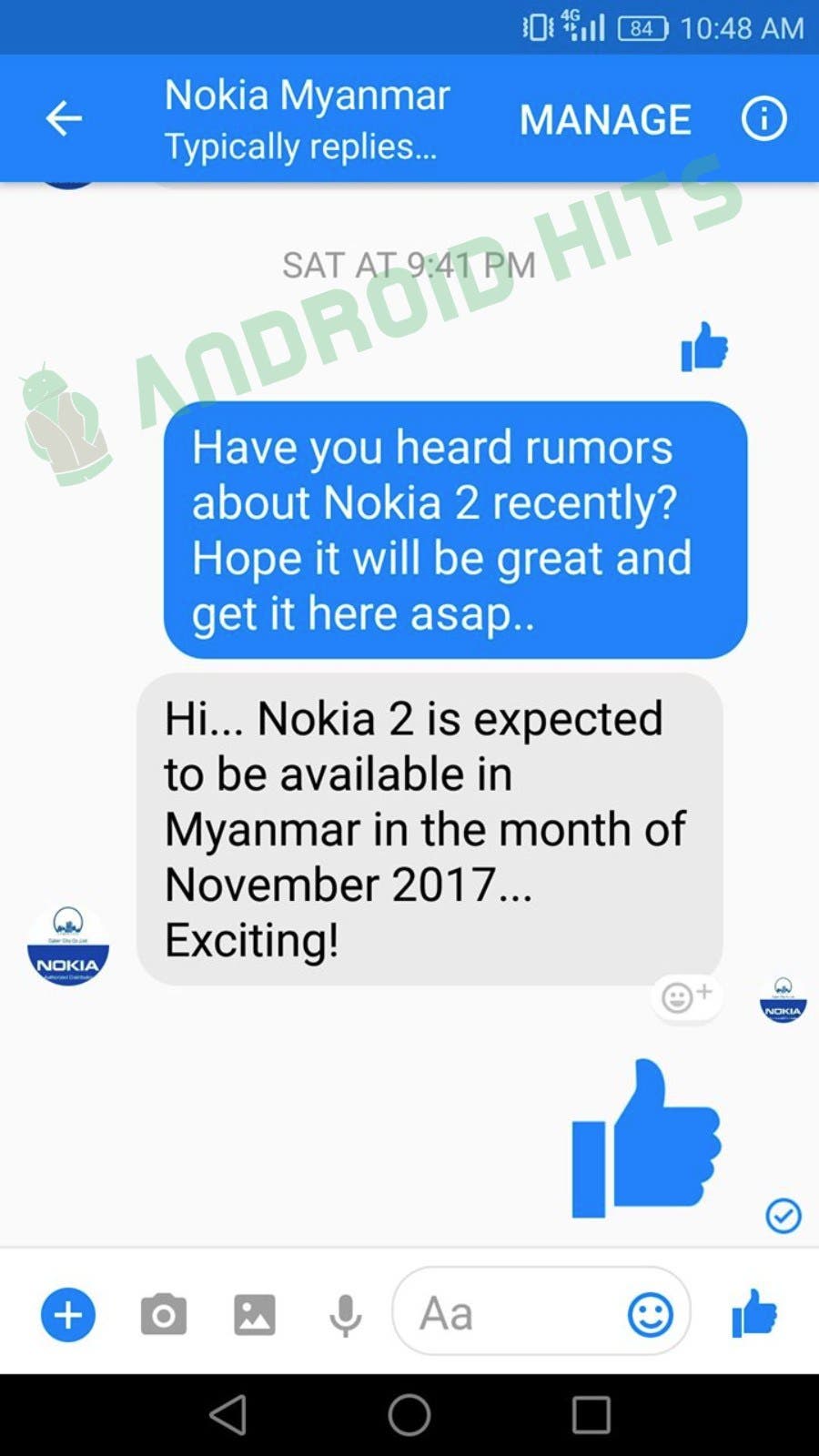 You can click here to view the upcoming Nokia 9 pictures as well as expected specifications.

Next Xiaomi sells over a million phones in just 48 hours, during Indian event