You may have read our post about the launch of the Gionee M7, but is the big news here really the first use of the Mediatek Helio P30?

The Helio P30 chipset was announced by Mediatek earlier in the year, but it’s only today that we finally got to see the chipset in a phone that people can now start thinking about buying. The phone in question is the Gionee M7 which comes with a dual rear camera, a good thing too as one of the big highlights of the Heli0 P30 is dual camera performance.

Mediatek is marketing the Helio P30 as a SoC that boasts premium telephoto dual camera features to mainstream smartphones. 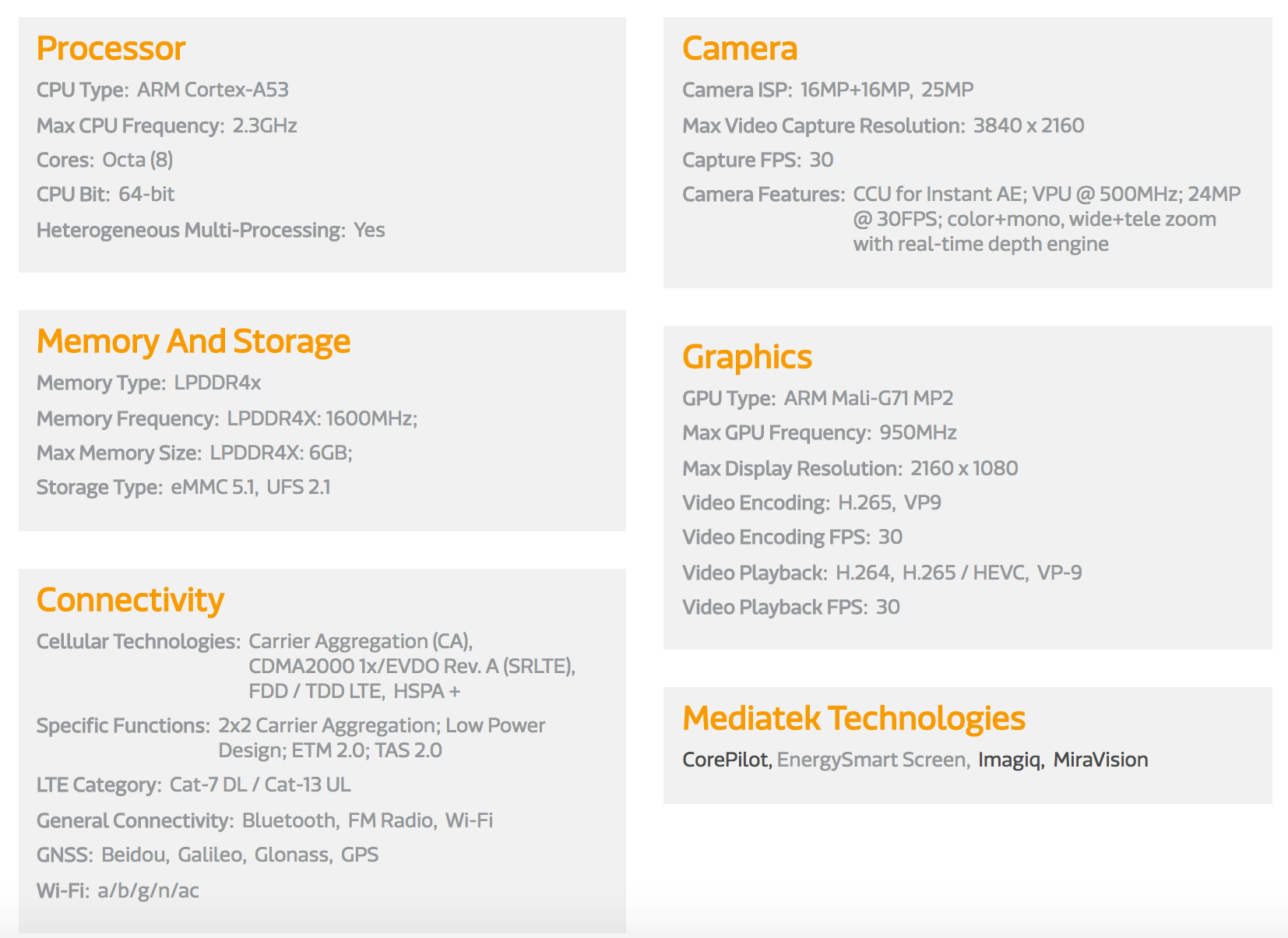 With this in mind, Mediatek has designed the P30 to work with dual 16-megapixel cameras with wide range lends, zoom lenses and to offer phones depth-of-field effects, zHDR and real-time-de-noise performance in low light conditions (for both stills and video).

Optical zoom is designed around systems that use lenses with up to 10x zoom, and incorporates 2×1 PDAF and Electronic Image Stabilisation version 3.0.

For manufacturers choosing to use just a single camera, the Mediatek Helio P30 can support sensors up to 25 megapixels.

On the performance side of things, the Mediatek Helio P30 is a Cortex A53 chipset clocked at 2.5Ghz and running Mediatek’s CorePilot technology allowing the chipset to switch from core to core to remain efficient during use. Compared to the previous generation P series chipset the P30 is said to offer a 20% boost in power while the Mali-G71 MP2 GPU is a claimed 25% more powerful.

An ultra-low-power sensor hub is also included in the SoC with an ‘always-on’ feature. This is perfect for devices that incorporate background features such as a pedometer and allows the device to run simple processes in the background while not draining power.

Now that Gionee has revealed the M7 range of phones with the Helio P30 it will only be a matter of time before other smartphone makers make use of the chipset. Our money is on Meizu and Le Eco using the processor next, while the chances of Xiaomi using the chip are quite slim.