With the Leagoo moving into the big international spotlight being the sponsors of the Premier League club Tottenham Hotspur, it was only a matter of time for some special limited edition of their phone to surface with the ties to the football club. And voilá here they come with the Leagoo T5 THFC (Tottenham Hotspur Limited Edition). 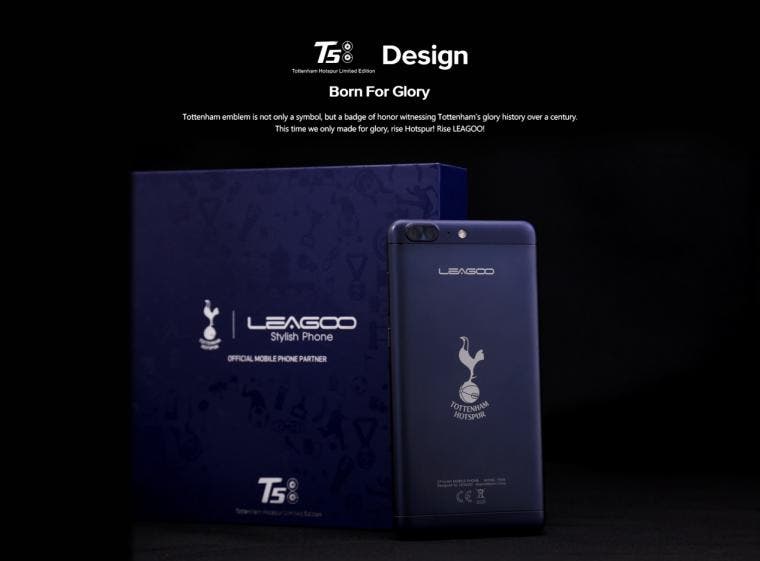 But as you can see in the video and the pictures the limited edition looks quite cool and fancy so if you would be a Tottenham fan i guess you would be over the moon with it. And now you have a chance to get it for a full $100 cheaper, because the current presale offer on Gearbest has it listed at $199.99, while the official retail price is full $299.99. Quite a difference so unleash your inner hooligan and go get it.