Xiaomi is working really hard once again to further populate its Redmi lineup of budget Android phones, and this time we should prepare for the Redmi 5A model, with decent specs and an unbeatable price. 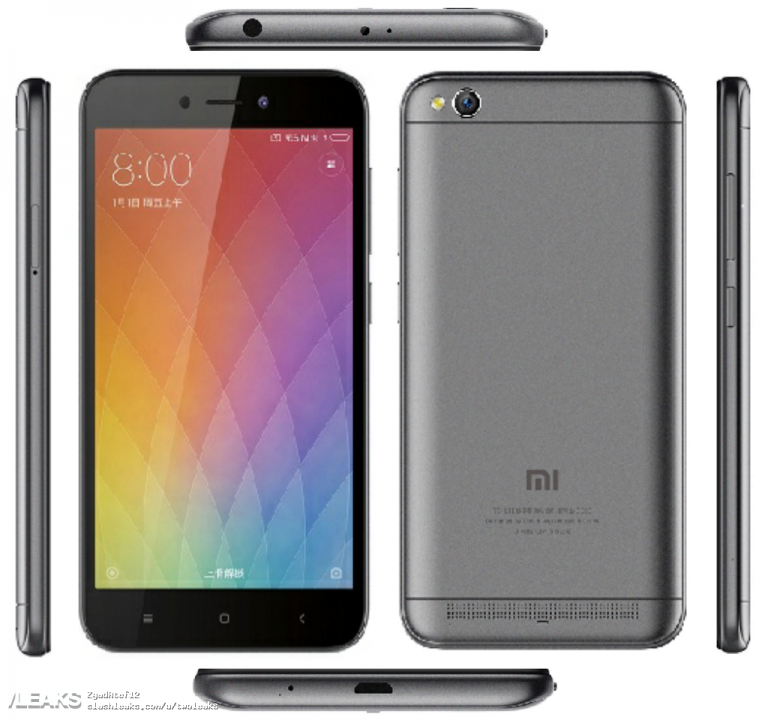 A leaked render of the device appeared earlier and basically reveals everything in terms of design. What’s important however is not the looks, but the specs and – obviously- the purported price of the upcoming model. In terms of specs, the Xiaomi Redmi 5A will be equipped with a 5 inch HD display and it will measure 140.44 × 70.14 × 8.35mm with a weight of just 137 grams. On the top side we expect to see an IR blaster along with a 3.5mm audio jack.

It will be available in various colors, such as black, white, silver, gray, rose gold, gold, blue, red and pink, but inside it will be powered by Qualcomm’s Snapdragon 425 chipset, with 2GB/3GB RAM and 16GB/32GB storage options. There should be a 5MP selfie camera in front and an 8MP main camera placed at the back side, with the device running Android 7.1.1 with MIUI 9 on top.

Don’t expect to see a fingerprint reader guys. Instead you will benefit from a 3000 mAh battery for adequate stand by times. Rumors say that τhe 2 GB RAM + 16 GB storage model of the Redmi 5A will be priced at 599 Yuan. The 3 GB RAM + 32 GB storage model is pegged to cost 699 Yuan. It is likely to launch on Oct. 20.

Next Is this the display of the Nubia Z17s?