Apple confirmed the “crackling” sound that some iPhone 8 users are hearing during calls and promised to fix it through a software update, so the company has now officially pushed out iOS 11.0.2 to iPhone 8/plus and iPads.

The iOS 11.0.2 update about 280MB in size aside from fixing the obvious cracking sound comes with a fix for other minor issues reported by users.The update specifically fixes the bugs highlighted below: 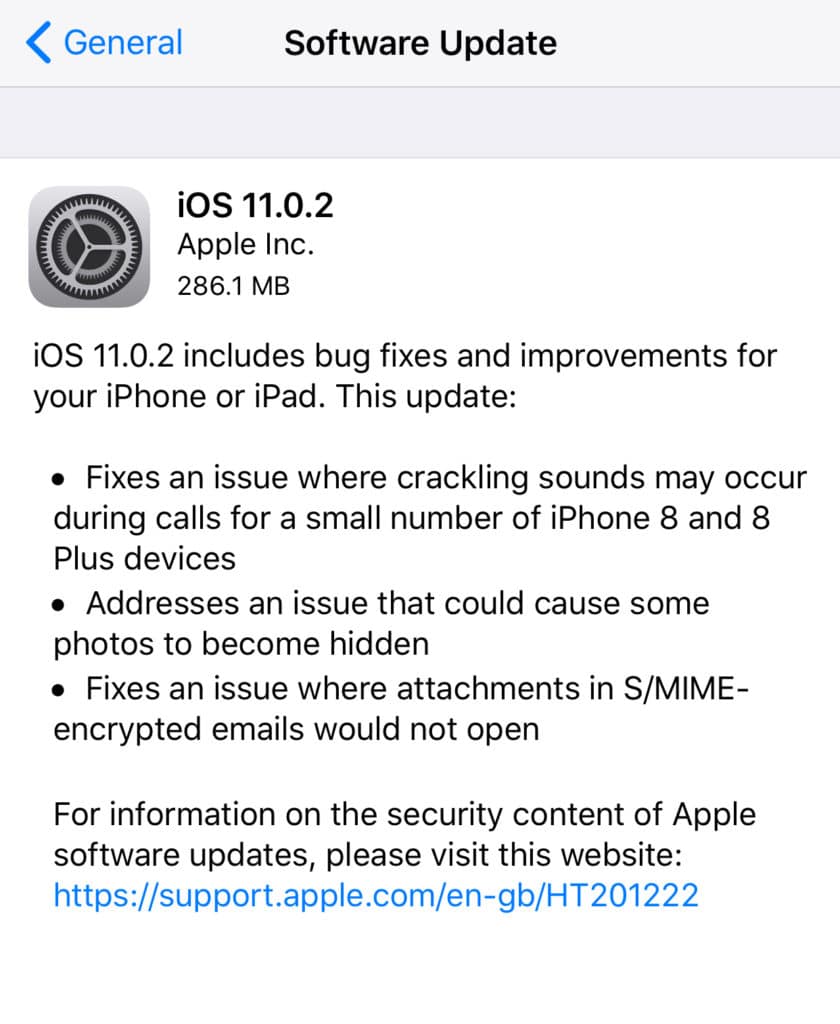 Despite this recent update, a check through Apple support site reveals a lot of fans are not happy with the company obviously because of several other issues with their devices ranging from  lags in the 3D Touch feature, app crashes, the freezing of the lock screen and issues with Wi-Fi and Bluetooth connectivity

Fingerprint Recognition Is Not Secure: 80% Of Smartphones Can Unlock With Fake Fingerprints