Vkworld is apparently getting ready for the upcoming holiday season. Thus they’re offering great discount on one of their selected products. Vkworld Mix is the lite version of the popular Mix Plus model,with the RAM+ROM capaicty going from 3GB+32GB to 2GB+16GB. And the camera is also a new Sony 8MP sensor. It features a bigger 3500mAh high-density battery and is available for as low as $99.99. To learn more about this bezel-less device, click here.

Vkworld Mix sports a huge 5.5-inch display with a HD resolution of 720 x 1280 pixels protected by Corning Gorilla Glass 4 covering the front and back. Under the hood, it has a MediaTek MT6737, 64-bit Processor coupled with 2 GB RAM. The phone packs 16 GB of built-in storage with support for expandable memory via microSD card. In the camera department, it features an 8MP rear snapper with dual-led flash technology and a front-facing 5MP shooter 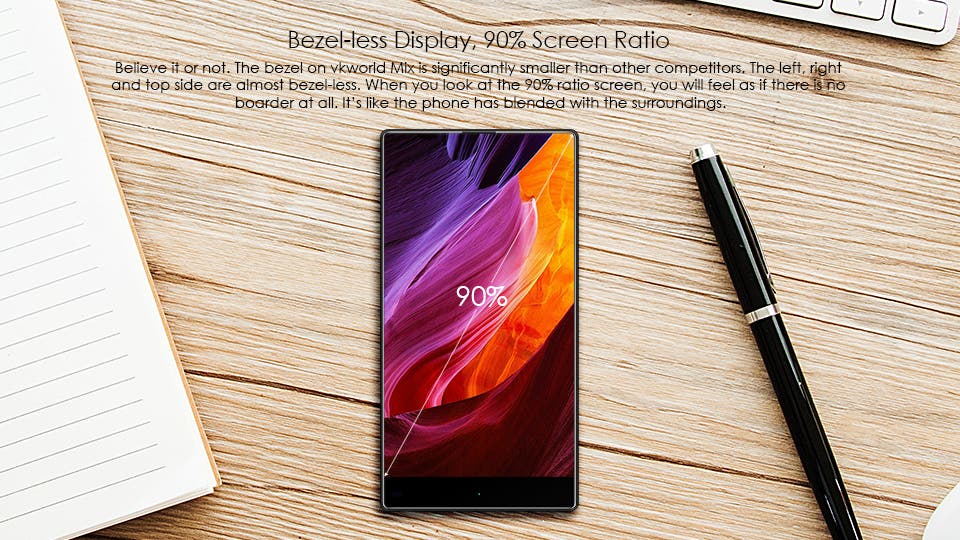 Meanwhile, the makers also want to thank their customers so you have  a chance to get a free Mix or T2 Plus model in a giveaway. The winners will be announced on October 25th in Vkworld’s official Facebook, VK and other social channels. Try your luck !