Well that didn’t take much time I guess. Just a week after the release of Apple iOS 11.0.2, the Cupertino company made available earlier today the iOS 11.0.3 update with several bug fixes and improvements. 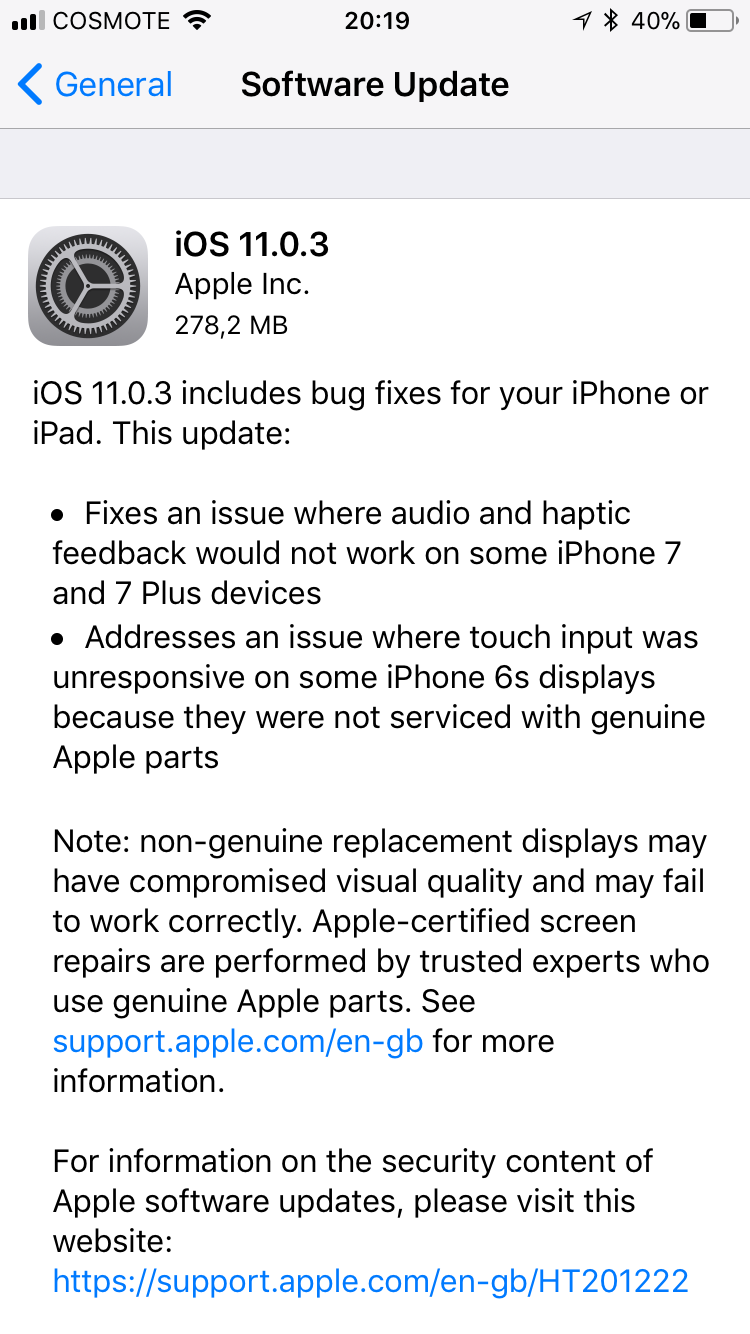 According to the company, the specific update is about 280MB in size and all compatible iPhones, iPads and iPod touch models can get it OTA (Over The Air) or via iTunes. Here are the official release notes:

iOS 11.0.3 includes bug fixes for your iPhone or iPad.

Note: Non-genuine replacement displays may have compromised visual quality and may fail to work correctly. Apple-certified screen repairs are performed by trusted experts who use Apple parts. See support.apple.com for more information.

It seems that we won’t see significant improvements with this, as it only includes bug fixes, security patches and minor performance improvements to the initial release, based on the feedback. Apple’s update log also pretty much says the same, with no additional information on what exactly has been fixed or improved.

If you are running iOS 11.0.2 or had not updated until now, this would be a good time to update.

Next New bezel-less Honor model will be unveiled on December 5!