Huawei is continuously expanding its portfolio of smartphones and after today’s announcement of the Honor 7X and Honor Waterplay Tab it seems that a new device is being prepared! 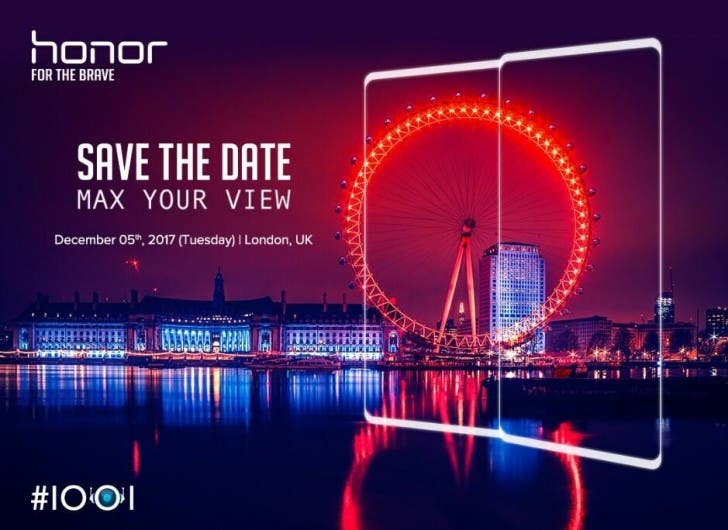 Honor just sent out media invites for an event, scheduled to take place in London on the 5th of December, where a new member of their “family” with bezel-less design will be introduced.

If you take a look at the invite, you will see the motto “Max your view”, something that leads us to think that a phablet with rounded corners and a 2.5D curved screen will be announced.

Another look at the bottom left side of the image reveals that the new model will be equipped with dual cameras (the OO part of the #IOOI tag) and will be AI-focused (the second O is modeled to look like a droid with small antennas). Given that Huawei recently announced the Kirin 970 chipset with a focus on AI, this will likely be powering the new phone.

Previous Apple iOS 11.0.3 update is now available for the iPhone and iPad