Much of HTC’s phone business now belongs to Google, however, the Taiwanese manufacturers decided to stick to its VR headset division which has probably been busy creating a new VR Headset. This speculation stems from the fact that HTC registered a trademark in New Zealand for a product which is believed to be a VR headset. 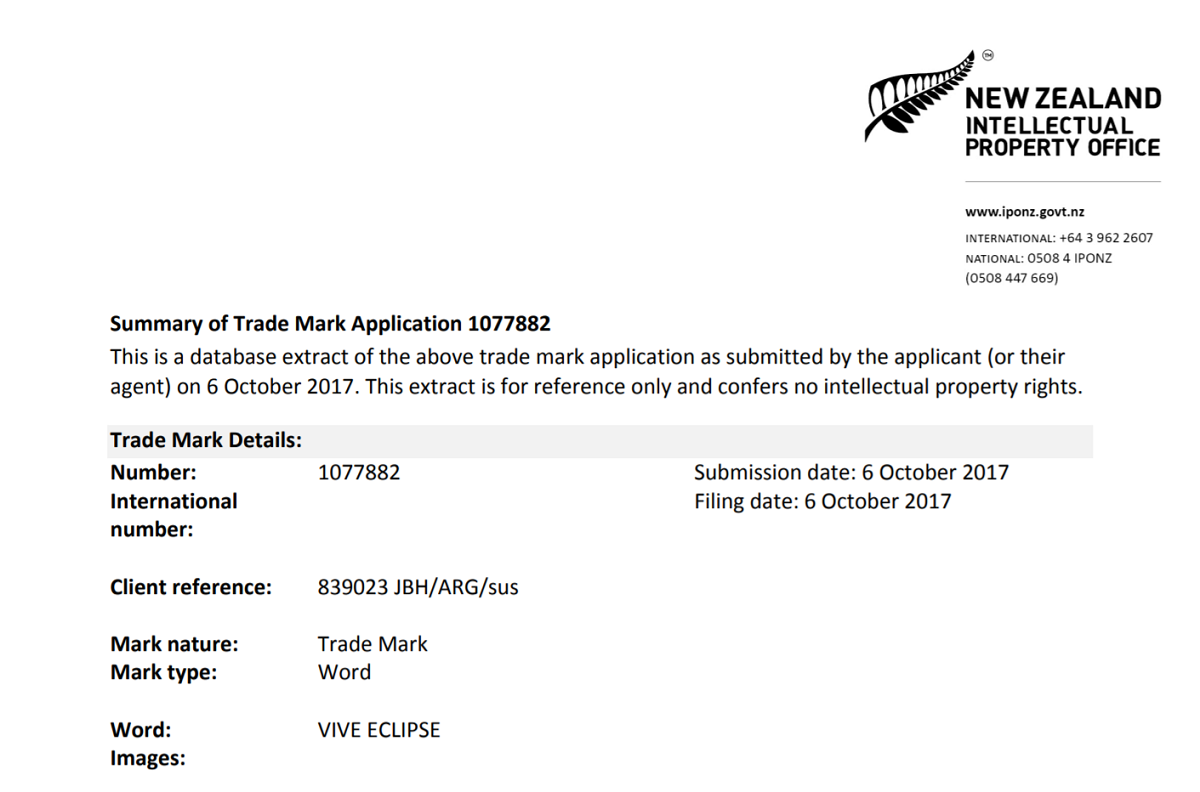 This product called “Vive Eclipse” is believed to be a VR headset because excerpts of the product description in the registration file states “head-mounted display for computer simulated reality“.

As of now, nothing is known about Vive Eclipse, not even a render image or an idea of its specs is available but more will be unveiled in the next few weeks.