Lenovo owned Motorola has sent out media invites for a launch event scheduled for October 14 in Shenzhen, China. The invite says it will be unveiling new products, but gave no hints on what specific products are to be unveiled and there are speculations that the Moto G5S and G5S Plus are among the products to be unveiled. These devices are completely not new products, they were first announced in a couple of markets some months back, but never in China.

While the invite seen below doesn’t reveal anything on what possibly could be unveiled at the event there are indications that the grapefruit, enclosed in a box highlight the fresh new, re-branded Moto line and could also mean that some rebranded Moto phones are coming to the Chinese market. 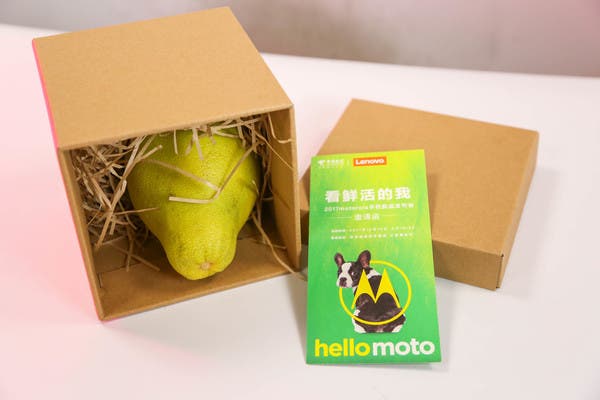 It is worth noting that both Moto G5S and G5S Plus about a month ago received Chinese TENAA certification-an indication that it could be launched in the Country anytime. 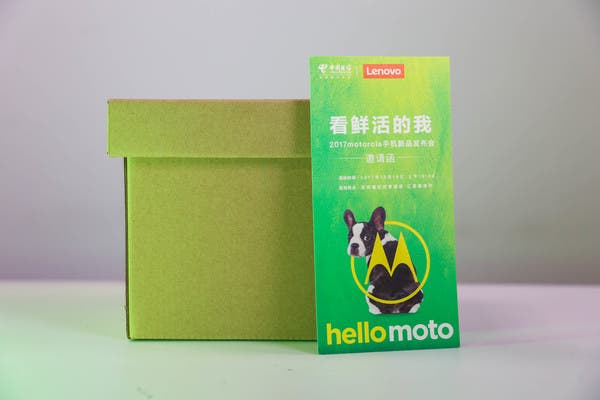 Summarily, both Moto G5S and G5S plus are successors to the Moto G5 and G5 plus announced earlier at the MWC. The G5S is the less capable of the duo, it sports a 5.2 inch 1080p IPS display with some chunks of bezels around and powered by an octa-core Snapdragon 430 processor with 3GB of RAM and 32GB of expandable storage. There is a front facing fingerprint sensor, a 16MP rear camera with Dual Autofocus Pixels and large f/2.0 aperture and powered by a non-removable 3000mAh battery with Turbo Charging.

Elsewhere, the Moto G5S plus is a plus size variant of the G5S with a larger display, same designs, and improved internals. The G5S Plus sports a larger 5.5-inch 1080p display and powered by a 2,35GHz Snapdragon 625 SoC with just 6GB of RAM and 128GB storage for the Chinese market and 4GB RAM + 64GB storage for other markets. Unlike the G5S, the G5S Plus comes with dual 13MP (RGB) + 13MP (monochrome) dual rear cameras with dual-tone LED flash, f/2.0 aperture, and 4K video recording.

Previous Samsung To Sport Snapdragon 845 Before Others